Our Bugs and Our Brains

Although initial estimates of a 10:1 ratio have been revised downward to reflect a ratio closer to 1:1,1 there is consensus that the number of microbes in our bodies exceeds the total number of human cells. Representing more than 99% of our genetic material, the bugs were here first, have co-evolved with us, and continue to play crucial roles in both our development and lifelong homeostasis. This article briefly discusses those roles, with particular emphasis on neurodevelopment and mental wellness over time as well as the therapeutic promise of well-characterized psychobiotics.

The Microbiota Through Life

A large body of evidence has demonstrated the impact of early-life microbe exposure on the developing infant microbiome, immune system, and neurodevelopment.2,3 The lack of such exposure, as with C-section delivery, has been associated with higher risks of allergy, atopy, and autoimmune disease.4 More recent data in animal models have additionally demonstrated enduring behavioral effects in C-section-delivered mice, including impaired social perception and anxiety-like behaviors.5 Professor and principal investigator, John Cryan, PhD, describes related unpublished data from his lab, wherein Irish medical students were subjected to both acute stress (scholar interview) and chronic stress (examination period).6 Students born by C-section experienced more significant perceived psychological stress as well as exaggerated immunological response, findings that were illustrative of persistent neurological impact in humans in addition to our animal friends.

Indeed, it appears that there is a critical window for microbiota plasticity that relates to neurodevelopmental plasticity and neurocognitive development.7 Laboratories of leading microbiome researchers focused on brain development have yielded significant data supporting the concept that colonization of gut microbiota is integral to brain development and function.8 Findings from studies of germ-free mice show hypermyelination in the prefrontal cortex,9 dendritic hypertrophy and exaggerated visceral pain,10 and sex and age-related disruption of normal neurogenesis in the hippocampus.11 Critical to social behavior, fear, and anxiety response,12 microbiome anomalies can influence the amygdala both structurally and functionally. Such changes have been linked to a variety of neuropsychiatric disorders, ranging from autism13 to anxiety.14

The adolescent brain is influenced by significant changes in the endocrine system, primarily gonadal hormone activity. Animal models have demonstrated that although pubescent sex hormones increase dramatically, baseline levels of stress hormones tend to stay relatively constant.15 Stress-induced increases in corticosterone are prolonged in these animals, however, compared with their mature counterparts. This shift is accompanied by increased anxiety and depressive behaviors.15 Supporting data further emphasize that HPA-axis signaling and stress responsiveness develop in adolescence, which is impacted by stressors.15 Although the developing brain possesses structural and functional plasticity, chronic stress can result in imbalances that impact cognition, decision-making, and mood over the long term.16

After a period of instability, the microbiome becomes more stable in adulthood17; however, it will endure reduced diversity over time and in the face of illness and medications, especially antibiotics. In rodent models, microbial metabolites such as lipopolysaccharides have been shown to increase aging-associated inflammation, or so-called “inflamm-aging”18 – a finding that is notably exacerbated in germ-free mice receiving fecal transfer from aged donor mice.19 Of course, translational human data are far more interesting.

Toward that end, Galkin et al developed a human microbiome aging clock, which has successfully predicted host age with a margin of less than 5 years.20 It suggests that age-dependent changes in microbiota diversity may influence frailty, perturbation of immune response, and related disease onset. The neurobiological mechanisms associated with aging also find roots in the microbiome, with recent and ongoing research associating alterations in the gut microbiota with neurological disease ranging from depression21 to Parkinson’s.22 Although the links between the microbiome and neurodegenerative/neuropsychiatric disorders are not thoroughly elucidated, it is clear that inflammation plays a pivotal role.

Another key area of interest is the brain’s immune cells.23 Acting as macrophages within the central nervous system (CNS), microglia are intimately involved in CNS disease. Studies of germ-free mice have demonstrated that commensal microbes contribute to microglia homeostasis, whereas the absence of microbes is associated with cellular immaturity that leads to impaired innate immune response.24 Limited microbial complexity also results in defective mouse microglia. The good news is that recolonization can be restorative: introduction of microbiota byproducts (short-chain fatty acids) has been shown to effectively regulate microglia homeostasis in germ-free animals.24

In terms of human cognition and mood, it is also notable to recall that gut microbes are instrumental in the production of all 5 human neurotransmitters – GABA, serotonin, acetylcholine, norepinephrine, and dopamine25 – as well as the production of anti-inflammatory cytokines that play an important role in controlling “metaflammation.”

The Promise of Psychobiotics

First coined by the team of John Cryan and Ted Dinan, at the Alimentary Pharmabiotic Center (APC) at University College, Cork (Ireland), the term psychobiotics refers to “beneficial bacteria (probiotics) or support for such bacteria (prebiotics) that influence bacteria-brain relationships.”26

As such, psychobiotics exert anxiolytic and antidepressant effects through the enteric nervous system as well as the immune system. Their psychophysiological effects are characterized by emotional and cognitive responses, systemic influence through the HPA axis, glucocorticoid stress response, and inflammation.26

But not all probiotic strains are psychobiotic, and not all probiotic blends claiming psychobiotic characteristics are backed by scientific evidence. So, when seeking a probiotic that will effectively support the gut-brain axis, a short checklist can significantly increase the probability of positive outcomes:

Akin to dog breeds, various microbial (probiotic) strains within a species do not all possess the same set of characteristics. It is therefore of critical importance to understand the mechanistic significance of the individual strains. Fortunately, probiotic manufacturers have a multitude of tools that allow for the identification of each. From TEER (transepithelial electrical resistance) testing that assesses the ability to strengthen the intestinal epithelial barrier27 to quantifying the production of anti-inflammatory cytokines and neurotransmitters, practitioners should be more thoroughly informed about the functional significance of the strains we recommend to patients.

At least as important as individual strain functionality is the complementary and collaborative effects of a highly effective psychobiotic formulation. Although certainly hypothesized in the formulation development process, the only reliable method to determine if the “team” is functioning as it should is through controlled clinical trials. Such trials are complicated and expensive, but they also provide a much higher level of confidence in positive outcomes. As practitioners, we should encourage, demand, and participate in this kind of evidence.

The last consideration in selecting an effective psychobiotic is assurance that the formulation provides a sufficiently robust environment for the microbes to endure the gastric environment and arrive in the desired location with full metabolic capacity. Modern in-vitro techniques make the process wholly available to probiotic manufacturers. The highest quality among them will take advantage of the technology and share their insights.

In summary, it is abundantly clear that our bugs play a vital role in our mental well-being over the entire lifespan. And with the American Psychological Association reporting that more than 80% of Americans are experiencing prolonged stress,28 a sound, scientifically-based psychobiotic recommendation makes all the sense in the world.

Jessica Brandes, ND received her doctorate of naturopathy from the National University of Natural Medicine (NUNM). She has worked extensively in primary care, and while living in London she worked in the area of population health, in partnership with the NHS. Dr Brandes maintains a small and specialized private practice in Portland, OR, and is actively engaged in advocacy work for SUDEP awareness. 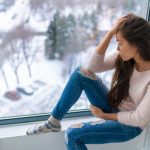 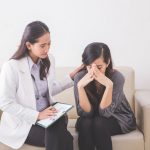