Probably more times than any physician can count, a patient comes in amidst a seasonal allergic crisis with the full-blown syndrome – runny nose, itchy red eyes, sneezing, coughing, and a headache. Perhaps he or she is also experiencing an asthmatic exacerbation, or – not uncommonly – the patient’s allergic symptoms have progressed into an upper respiratory or sinus infection. With the intensity of symptoms at hand, the primary choices for therapeutics are often pharmaceutical in nature and include an antihistamine, steroid nasal spray, and, if necessary, an antibiotic along with the naturopathic patch of a probiotic, maybe a check of vitamin D levels, and instructions to follow up in a week. But given that week, with time to investigate matters further, in what direction do you then go with therapies?

Perhaps symptoms have stabilized and your patient is completely happy to continue taking pharmaceutical therapies through the duration of the season, with the caveat that one’s physiology may develop dependence on such medications. Many patients, however, would rather have their condition be cured than to be given a band-aid; after all, that is why they have come to a holistically-minded practitioner in the first place! So, what are some effective but natural interventions at our disposal?

Perilla Leaf: A Source of Luteolin

Luteolin, a flavonoid, is perhaps best known for its action as an antioxidant and use as an adjunctive cancer therapy,1,2 and is less routinely discussed in the setting of allergies. Dietary sources of luteolin include carrots, peppers, celery, olive oil, peppermint, thyme, rosemary, oregano, and – last but not least – perilla leaf. Perilla (Perilla frutescens) leaf extract is commonly used as a basis of natural anti-allergy therapies, particularly in the practice of Chinese medicine, as it grows abundantly in regions of Asia. Animal and clinical studies have validated the anti-allergic properties of perilla leaf extract, which are attributed to the active moieties luteolin, rosmarinic acid, caffeic acid, and a newly discovered compound known as perilla-derived methoxyflavanone.3-6 Of these, luteolin and rosmarinic acid are the primary agents shown to have in-vivo ability to reduce allergic edema.7,8

Mechanisms by which luteolin may reduce allergic symptomology – in addition to acting as an antioxidant and potent radical scavenging agent – include functioning as an anti-inflammatory vasculature stabilizer and anti-histamine.9,10 In vivo, luteolin has been observed to inhibit the immunoglobulin (Ig) E antibody-mediated cutaneous reaction to allergen exposure, whereas in vitro it has been observed to inhibit IgE-mediated histamine release from cultured mast cells.11 The flavonoid has also been shown to be a GABAergic inhibitor. This property positively impacts allergies, since binding of GABA-A receptors is a pathway by which excessive mucus is produced.12

Compared to quercetin, another commonly used anti-allergic flavonoid, luteolin has been demonstrated to have higher anti-allergy potential and less pro-oxidant activity, and thus may be an overall better selection. Luteolin was shown to have a higher inhibitory effect on mast cell release of histamine compared to quercetin, and higher than all flavonoids tested in one report of anti-allergic activity.13 Additionally, whereas quercetin has been shown to have pro-oxidant effects of inducing H2O2-mediated DNA damage (leading to cellular mutations or apoptosis), luteolin induces apoptosis via other pathways.14

In addition to having anti-inflammatory and anti-oxidative properties, luteolin has been shown to have potential as an anti-hyperglycemic agent due to its inhibition of alpha-glucosidase, an intestinal brush border enzyme that breaks down carbohydrates to glucose.15

Boswellia serrata, commonly known as Indian frankincense, is a botanical widely used in a variety of settings, but is possibly best known for its impact on pathways of inflammation and arthritic conditions.16 However, the herb’s anti-inflammatory impact goes beyond just pain – studies have investigated it as an agent in the treatment of asthma, rheumatoid arthritis, Crohn’s disease, and collagenous colitis.17

Anti-inflammatory mechanisms of extracts from B serrata – with the primary active moieties being boswellic acids – include inhibition of leukotriene synthesis via 5-lipoxygenase,18 as well as decreased lymphocyte and monocyte production of tumor necrosis factor (TNF)-α, interleukin (IL)-1β and IL-6.19 The inhibitory effect of Boswellia extracts on leukotriene synthesis is a primary pathway by which compounds in this botanical may impact autoimmunity and conditions of a chronic inflammatory nature.20 Leukotriene inhibition is of relevance in the setting of allergies, and is the mechanism by which medications such as montelukast, a leukotriene receptor antagonist, are effective.21 Boswellia extracts also have been observed to act as mast cell stabilizers, thereby offering another potential mechanism by which they may reduce allergic and asthmatic symptomology.22,23

Probiotics, Yes, But Which Ones?

With the vast array of probiotics available on the market, it is no wonder that many people just select a broad-based Lactobacillus and Bifidobacterium species blend. Subspecies of strains are routinely further delineated and researched for conditions they may benefit, but unless one has time to review current studies almost weekly, something will be missed. Fortunately, many nutraceutical companies have awareness of this and bring specific researched strains into formulations that are more condition-focused. Some Lactobacillus strains with potential benefit in the setting of allergy include Lactobacillus rhamnosus GG,24 Lactobacillus casei Shirota,25 heat-killed Lactobacillus plantarum L-13726 (not a probiotic, but rather an immunobiotic once it’s killed), with observed mechanisms including increased interferon (IFN)-γ production, suppressed IgE and IgG1 response, and induction of IL-12, respectively.

Lactobacillus acidophilus L-92 (L-92) is one strain which has been well studied in the setting of allergies, particularly in Japan where it has been used in fermented milk and other products since the 1990s. In animal studies, administration of heat-killed L-92 was shown to suppress serum ovalbumin-specific IgE levels, induce TGF-β production (in turn modulating regulatory T cells), and regulate cytokines associated with both Th1 and Th2 responses.27 Treatment of a monocyte cell culture with L-92 supports these findings, showing an upregulated transcription of genes associated with a Th1 and regulatory T-cell responses.28

Several studies investigating the impact L-92 have also been performed clinically. Specific clinical settings in which this immunobiotic has been studied include seasonal exposure to Japanese cedar pollen, perennial allergic rhinitis, and allergic dermatitis in children and adults. In the setting of seasonal exposure to pollens, daily consumption of a heat-treated milk, fermented to include L-92 in amounts of 2 x 1010 bacteria, was found to improve symptoms and distress associated with allergies and need for concomitant medications.29 In the setting of perennial allergic rhinitis, daily intake of a similar L-92 milk fermentation, containing 3 x 1010 bacteria and administered for 6-8 weeks, was found to produce significant improvement, as evidenced by a combined score based on nasal symptoms and medication use, as well as clinically observed improvements in swelling and color of the nasal mucosa.30

Allergic dermatitis, in both children and adults, was also observed to improve with L-92 supplementation.31 In children who consumed the L-92 milk fermentation, with 3 x 1010 bacteria for an 8-week period, the probiotic was observed to significantly ameliorate symptoms of itching, Area and Severity Index rating, and a combined score of symptoms and medication (topical steroid) use, compared to placebo.31 Although eosinophil count decreased in the L-92 group, the change was not significant. In adults with atopic dermatitis, consumption of the heat-killed probiotic L-92 for 8 weeks also led to a significant improvement in atopic dermatitis lesion severity scores, significantly decreased eosinophil counts, and significantly increased serum TGF-β levels compared to placebo.32

When working with allergies, as with any other disorder, incorporating therapies that are holistically-minded and encompass multiple levels of addressing a condition is something that naturopathic doctors and integrative practitioners do best. One must always consider that, similar to pharmaceutical therapies, botanicals and nutritional therapies each have different mechanisms by which they exert their primary action. As such, when one strategy (eg, shifting immune balance) as a monotherapy is ineffective, it is important to consider additional pathways (eg, reducing inflammation or improving terrain) that are targeted by other therapies – therapies that can be included to collectively recover balance and health. When we do this, we not only are able to relieve symptomology, but heal both acute illness and chronic disease processes. 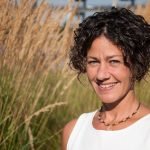 Carrie Decker, ND, graduated with honors from the National College of Natural Medicine (now the National University of Natural Medicine) in Portland, OR. Dr Decker also has graduate degrees in biomedical and mechanical engineering from the University of Wisconsin-Madison and University of Illinois at Urbana-Champaign, respectively. Dr Decker sees patients at her office in Portland, OR, as well as remotely, with a focus on gastrointestinal disease, mood imbalances, eating disorders, autoimmune disease, chronic fatigue, and skin conditions. Dr Decker also supports integrative medicine education as a Clinical Education Thought Leader with Allergy Research Group. 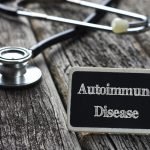 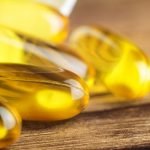