Autoimmune Disease: Lessons from the Field of Transplantation

Widespread Transplantation Made Possible by Cyclosporine

Cyclosporine was the breakthrough medication that took transplantation from an experimental procedure to a routine standard protocol, when it came to the market in 1980. Previous immune suppression took place by downregulating all mitotic activity in the body, thereby lowering the leukocyte count. The innovation of cyclosporine was selectively downregulating interleukin-2 (IL-2) and controlling cell-mediated immunity.

While cyclosporine helped advance the field of transplantation, immunosuppression came with a cost. Patients on cyclosporine have high rates of viral, fungal and bacterial infection, and many latent viral infections such as BK (polyomavirus) and cytomegalovirus (CMV) can become large concerns.1 For example, cancer, especially skin cancer and lymphoma, can result.2 Gastrointestinal distress can be severe,3 which is not surprising given that much of the immune system is located in the gut.

Despite the side effects, cyclosporine and the next generation of immune suppressants have found new markets among autoimmune patients. Cyclosporine has even found a market with eye drops, in the form of a frequently-advertised product these days.

Two new immunosuppressive medications that are quite similar to each other are abatacept and belatacept. Both block CD86-CD28 interactions (which are co-stimulatory signals for T cells); however, belatacept blocks them more powerfully. Belatacept is primed for use with transplantation, while the less powerful abatacept is marketed for rheumatoid arthritis.7

Given the strength of the alloreactivity associated with organ rejection, transplant medications must be very powerful immune suppressants to work. Lupus patients who experience kidney failure and a subsequent renal transplant will have a lessening of systemic lupus once on the transplant protocol.8 If remission can be achieved post-transplant with these medications, then it would be logical to use these immune suppressants before a transplant to treat the autoimmune condition. In other words, what can keep a grafted kidney from rejection may also be employed to keep a native kidney safe from a process that is similar to rejection.

However, given the nephrotoxicity and other side effects of these drugs, this may be a heavy-handed approach. Many patients with autoimmune conditions become alarmed with the realization that the medications they have been prescribed are, in fact, transplant medications. This is often the situation that leads patients to seek out alternatives through naturopathic care. Transplant medication seems far removed from the practices of most naturopathic physicians. However, understanding the process can further our understanding of the immune system and potentially change our approach to autoimmune conditions.

Naturopathic doctors should consider the source of immunosuppressant drugs when looking for a natural approach. Cyclosporine is actually derived from the Cordyceps mushroom. Tolypocladium inflatum, which gave rise to cyclosporine, is the asexual form of the Cordyceps mushroom.9 Mycophenolate is derived from the fungus Penicillium stoloniferum or the related species Penicillium echinulatum.10 Although the next generation of transplant medications came from bacteria and antibodies, mushrooms and fungi have immune-modulating features that can be important in practice.

Treatment with medicinal mushrooms may be able to lessen the need for pharmaceutical intervention. Like cyclosporine, Cordyceps is also able to downregulate IL-2.11 Even with a long history of use, research is finding new applications for Cordyceps. It shows potential in the treatment of type I diabetes by slowing the cell-mediated destruction of insulin-producing beta cells.12 Cordyceps also works as a lupus treatment by reducing titers of anti-double-stranded DNA antibodies.13 For those patients who take cyclosporine, Cordyceps can reduce the toxicity of the medication when taken concommitantly.14

Other mushrooms have shown promise for treating autoimmune conditions, despite the fact that reishi and shiitake mushrooms are known to increase IL-2.15,16 Ganoderma lucidum has been shown in an murine model to reduce sialadenitis (inflammation of the salivary gland) by altering the CD4(+)/CD8(+) ratio, T lymphocytes and serum IgG levels.17 In a study of glomerulonephritis patients, it was shown to restore immunocirculatory balance and stopped persistent proteinuria.18 Ganoderma tsugae was shown in mice to prevent the formation of autoantibodies and decrease mononuclear cell infiltration into parenchymal tissue.19

In another animal model, shiitake mushrooms have shown potential in immune-mediated colitis by altering the CD4/CD8 ratio. This was accomplished by increasing hepatic trapping of CD8, resulting in alleviation of colitis symptoms.20 Other mushrooms being investigated for use with autoimmune conditions are Phellinus linteus for rheumatoid arthritis21 and Phellinus igniarius for autoimmune encephalopathy.22 Much of this activity may be due to a copper-containing enzyme found in mushrooms called tyrosinase, or polyphenol oxidase.23 Findings from a mouse study suggest that this extract by itself may have applications with vitiligo.24

The Complexities of Transplantation

Although both natural therapies and prescription medications can ameliorate autoimmune conditions, we are still a long way from truly stopping the process. While transplant medications are strong medicine, they are an imperfect means of downregulating immunity. Transplant medications are very good at stopping acute rejection, but chronic rejection is still problematic. Many people are under the impression that transplants are a permanent solution; however, the reality is that grafted organs will last, on average, 10-12 years. Over time, minor pathways of the immune system contribute to fibrosis and progressive scarring.25

Transplantation is a unique opportunity to consider the origins of autoimmune diseases. Is this a disease of the immune system or of the target tissue? One of the postulated origins of autoimmune diseases is that antigen/antibody complexes formed in the gut are deposited in the target tissue. If this is the case and the only factor, then one would predict that the rate of recurrence of autoimmune diseases post-transplant would be close to 100%. The conditions in the body are the same, and – if anything – the conditions in the gut are worse than before. If the autoimmune condition is really a disease of the target tissue, the rate of recurrence should be close to 0%, especially since the organs are screened to be disease-free before implantation. Polycystic kidney disease, for example, is truly a disease of the kidney and not a systemic disease, as there is zero incidence of recurrence post-transplant.

The incidence for most autoimmune conditions post-transplant varies, but can be as high as 30%.27 This would seem to indicate that these conditions are multifactorial and not just a matter of dysfunction of the immune system or the target tissue, but a combination of both. It is interesting to note that autoimmune hepatitis is more likely to recur post-transplant if the donor was an HLA match, suggesting that there is something inherent in the liver that is making it a target.28 Researchers are unclear why autoimmune diseases come back in some patients but not others. It also raises the question of whether disease states given a common name do, in fact, have the same etiology.

The alloreactivity of the immune system against a transplanted organ can even incite an autoimmune reaction. Particularly with lung transplants, reactions against donor HLA antigens can trigger reactions against self-antigens.29 The common pathway is activation of Th-17.29 Both organ rejection and autoimmune diseases appear to be strongly influenced by Th-17. Critical cytokines such as IL-6 may be involved, causing CD4+ helper cells to differentiate into Th-17.30 Inhibition of Th-17 has shown potential in treating inflammatory bowel disease.31 Natural substances that downregulate Th-17 include the bioflavonoid icariin – a major bioactive compound from plants in the Epimedium family,32 and fucoxanthin – a non-provitamin A carotenoid contained in brown seaweeds.33 Further research may indicate new applications for natural therapies.

Another important immune regulator is CD25+, a subset of CD4+ cells. When CD25+ cells are eliminated in an animal model, various autoimmune diseases result.34 Transplant medications like basiliximab target this pathway. Another animal study indicated that modulating this pathway with Astragalus membranaceus can also be used to decrease inflammatory infiltration in asthma.35

In conclusion, organ transplantation has opened up new treatment options for regulating the immune system. While transplant medications come with very strong side effects, understanding the mechanisms behind these treatments may give a new understanding to natural treatment options. Although we are a long way from completely halting the process of immune activation, medicinal mushrooms and botanical medicines may find new applications with autoimmune diseases.

Jenna Henderson, ND, is renowned naturopathic doctor with an international clientele. Her practice, Holistic Kidney, focuses on the unique needs of patients with chronic kidney disease, dialysis patients, and transplant recipients. For years, she has been a speaker for both naturopathic doctors and mainstream practitioners in the field of nephrology, and has been published in several medical journals. 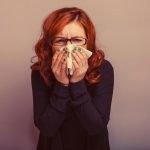 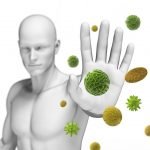 When Immunity Goes Awry: The Relationship of Foods, the Gut, and the Immune SystemAutoimmune/Allergy Medicine