According to a current theory, autoimmunity may occur when an organism’s immune system is “overstimulated by external disturbance.”1 While there are certainly genetic influences that drive autoimmune diseases like rheumatoid arthritis, there are often environmental triggers that perpetuate the immune dysregulation by overstimulating the immune system. In this series of cases, a number of possible triggers for rheumatoid arthritis (RA) will be explored. When evaluating a patient with RA, a number of possible triggers, including digestive dysfunction, food intolerance, toxicity, nutritional deficiencies, chronic infection (both viral and bacterial), and estrogen dominance, should be investigated first through targeted questioning. After a thorough intake, the naturopathic physician will start to get a sense of the likely trigger(s). Testing should then be performed to confirm.

Jayne is a 65-year-old female who was diagnosed with seropositive RA in 2013 and came to see me in February of 2015. Jayne was experiencing swelling, stiffness, and pain in her proximal interphalangeal joints bilaterally. She had already eliminated gluten from her diet, but her pain and inflammation persisted. She also had anxiety and depression and reported occasional bloating, but had no other digestive symptoms. She ate a vegetarian, mostly gluten-free diet, and had fairly high-stress levels. Her past medical history was significant only for chronic rosacea and a history of 3 root canal procedures.

Based on Jayne’s history and initial laboratory findings, I suspected an infectious etiology as a trigger. The presence of elevated anti-CCP often heralds the presence of a chronic infection. Anti-CCP antibodies attack proteins that have been citrullinated. The process of citrullination is performed by an enzyme called peptidyl arginine deaminase (PAD), which is expressed by Porphyromonas gingivalis, a significant pathogen in periodontitis.2 In addition, I suspected digestive dysfunction in this patient as another likely trigger. The presence of rosacea signaled an underlying dysbiosis of the microbiome.3,4 Her history of bloating also indicated a possible underlying dysbiosis or maldigestive process.

Comprehensive stool testing was ordered to evaluate the patient’s digestive milieu. Jayne’s stool microbiology was positive for significant overgrowth of Prevotella spp, Citrobacter freundii, and Rhodotorula spp of yeast. Lactobacillus populations and butyrate levels were deficient. Digestive function and inflammatory markers were normal. These results helped confirm a dysbiotic microbiome as a likely contributor, especially because Prevotella species have specifically been implicated in the pathogenesis of RA.5

In addition to generalized anti-inflammatory and joint support supplements, the patient was started on a botanical antimicrobial protocol. I prescribed a berberine complex (1000 mg BID), Arctostaphylos uva-ursi (400 mg BID), and a high-quality probiotic preparation with mixed strains of Lactobacillus and Bifidobacterium. She was instructed to continue her vegetarian, gluten-free diet in order to continue reducing systemic inflammation and improve gastrointestinal integrity.

Jayne followed this protocol for 2 months, during which time she noted fluctuating levels in the pain and swelling in her hands. Her rosacea, however, was significantly better. She did admit that her diet had not been as strictly gluten-free and anti-inflammatory as usual. Her rosacea improvements signaled that there were positive changes occurring in her microbiome; however, I have often noted that changing the microbiome can be accompanied by flares in joint symptoms.

I reduced the doses of her antimicrobial botanicals at this time and focused on a full elimination diet for further digestive repair. She followed the new protocol for 2 months, and labs were repeated at that time. Her RF and anti-CCP levels decreased, but only slightly. Her joint symptoms, however, were improving. She noted less swelling and less pain. She utilized curcumin PRN for pain management. Her rosacea continued to improve dramatically.

Over the next few months, her joint pains crept back up while rosacea symptoms continued to improve. I ordered a repeat stool microbiology to assess for the presence of persistent dysbiosis. The test revealed continuing low populations of Lactobacillus and persistent elevations of Citrobacter freundii, though there was no evidence of Prevotella spp at this time. I introduced a higher-dose and more aggressive antimicrobial formula, as well as a higher-dose probiotic.

After 2 months, Jayne’s anti-CCP levels increased; however, joint symptoms were better than ever, including very little pain and no signs of stiffness, swelling, or erythema. At this visit, we discussed her dental history in greater depth. Even though the patient did not recall being diagnosed with gingivitis, her recent history included 3 root canals. I decided to add an aggressive antimicrobial oral mouthwash protocol.

Compared to when she first presented, Jayne’s symptoms have drastically improved using an anti-inflammatory and antimicrobial approach to her rheumatoid arthritis. However, the persistent anti-CCP elevation is a concern in terms of future joint damage and deformity. We, therefore, need to continue searching for possible stealth infections to find the key to lowering her anti-CCP.

Karen is a 51-year-old female who presented to my office in June of 2015 with seronegative RA since 2013. Since the time of her diagnosis, she had been using conventional medical treatments, including methotrexate, prednisone, and tocilizumab. These had controlled some of her pain, but she had chronic daily pain in her right knee (severity 7/10). She was using a wheelchair as a result of the pain at the time of our first visit. Karen followed a standard American diet and suffered from obesity.

The patient’s past medical history was significant for a hysterectomy, due to endometriosis and a diagnosis of Lyme disease 2 years before her RA diagnosis. Prior to the hysterectomy, her menses were very painful and heavy. A review of systems revealed reflux disease and indigestion. On physical examination, her right knee was erythematous, edematous, and tender to palpation, and there was restricted flexion and extension of the joint.

These results led me to focus strongly on the need for a sugar-controlled, gluten-free, anti-inflammatory diet for this patient. Due to the current state of the patient’s diet, I knew this would be a major challenge. However, I felt strongly that losing weight and controlling her sugar would lower systemic inflammation, relieve pressure on her knee, and improve her reflux symptoms. In addition, her estrogen dominance, elevated homocysteine, and low vitamin D appeared to represent another group of possible contributors.

I recommended a combination of curcumin, fish oil, and weekly acupuncture treatments to manage her acute pain and help her become more active. In order to address underlying triggers, I prescribed a supplement aimed at lowering homocysteine, 10 000 IU daily of vitamin D3, and a botanical blend designed to modify her estrogen/progesterone ratio.

After 1 month of treatment, including weekly acupuncture, the severity of Karen’s knee pain dropped from 7/10 to 3/10. She struggled greatly with the dietary changes.

After 6 months of regular meetings for dietary encouragement and continuation of her supplement protocol, the patient felt well enough to stop using a wheelchair. The improvement in her mobility and newfound independence helped improve her mood and overall outlook on her life.

Her knee pain continues to improve. Eighteen months after her initial appointment, she continues to maintain her supplement regimen and regular acupuncture treatment, which manages her pain and allows her to be active and mobile. She continues to struggle with the diet and has had periods of weight loss followed by weight re-gain. Since the time of establishing her treatment relationship, she has experienced emotional trauma that adds to the difficulty of changing her eating habits. She has recently begun seeing a counselor to develop coping skills, and I am hopeful that this will manifest as improvements in her relationship with food.

Abigail is a 47-year-old female who presented in December of 2014 with seronegative RA since 2001. Even though she was taking prednisone and hydroxychloroquine, she was continuing to experience debilitating joint pain in the hands, knees, ankles, and feet bilaterally. She struggled with activities of daily living due to limited use of her hands. She noted that the symptoms of RA started suddenly after a streptococcal pharyngitis episode. Since her diagnosis, she had lost 45 lbs on her own by monitoring her sugar and carbohydrate intake; however, she was continuing to eat dairy and gluten on a daily basis. She was otherwise well.

Abigail’s history presented a number of possible triggers for RA. In addition to the possible role of food sensitivities, I was intrigued by the streptococcal connection, and have noted other cases of RA triggered by streptococcal carriage. Even though the patient did not display symptoms related to estrogen dominance, toxicity, or digestive dysfunction, I performed testing to evaluate these possible contributors.

Upon evaluation of these labs, I concluded that infection was part of the disease process for this patient, including both chronic Lyme and Strep. In addition to these infections placing a constant burden on her immune system, it seemed likely that elevated homocysteine, gluten intolerance, and sugar dysregulation were contributing to her inflammation.

I prescribed curcumin and fish oil to reduce inflammation, antimicrobial botanicals to clear the body of underlying chronic infections, and a supplement containing homocysteine-lowering nutrients. The patient was placed on a sugar-controlled, gluten-free diet that was also high in antioxidants.

After following the protocol and the diet strictly for 4 weeks, Abigail returned to my office and stated that her improvements were remarkable. She was able to go on a 5-hour walking tour on vacation and was now fully able to open jars with her hands. She rated her overall wellness as 8/10.

Repeat labs were ordered 4 months later. Her homocysteine level and streptozyme titer were lower but still elevated, and her hemoglobin A1C was normal. Her Lyme IgG Western Blot was still positive.

Based on these findings, I increased the dose of her homocysteine-lowering nutrients and added a higher dose of new antimicrobial herbs. I recommended that Abigail continue her sugar-controlled, gluten-free diet and anti-inflammatory supplements indefinitely.

After 2 months, the patient consulted her rheumatologist about tapering off prednisone. Her joints flared up during this taper, so I added adrenal support. She was ultimately able to reduce her prednisone from 10 mg to 2 mg daily.

After another 2 months, I ordered repeat labs, which showed a normal homocysteine, and negative Lyme IgG Western Blot. Her streptozyme titers remained elevated. I continued to adjust her antimicrobial herbal protocol, and the reduction in prednisone helped her to mount a stronger immune response. She was quickly able to reduce her prednisone to 1 mg daily. She noted an incredible improvement in her daily functioning, including being able to cook, clean, and walk without pain.

On her most recent consult with me, she reported a setback after reducing prednisone to 1 mg QOD. She has remained on 1 mg prednisone daily, but feels continual improvements in her pain levels. She continues to maintain her diet and has noted weight loss and improved energy. Abigail is due for another set of labs within the next 8 weeks to determine our next steps. 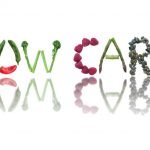 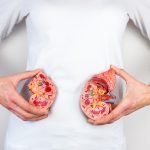