Autoimmune diseases are considered by allopathic physicians as incurable, life-long illnesses that they “manage” with painkillers, muscle relaxants, steroids, anxiolytics and chemotherapeutics. It is a blessing if the patient survives the therapy. Everything is done to suppress and stop the immune system, with the underlying thought that the immune system is not functioning correctly: It has somehow gone renegade and must be stopped at all costs, before it kills the person it occupies. What a misconception.

Western medicine strives to suppress symptoms, somehow assuming that if the pain and inflammation are decreased or gone then the disease is treated, the patient is not complaining as much and all is well. Brewing inside, though, is a pool of diseased tissue, teaming with toxins and begging for a way out. And now the gates are shut. All mechanisms of removal of waste have been closed and locked. Normal adrenal function is impaired due to use of exogenous steroids. Anti-inflammatory drugs stop the wisdom of the immuno-complexes, pituitary and thyroid. This tricks the brain into thinking there isn’t anything to worry about, so the calvary of WBCs doesn’t come to save the day. Lymph flow is impeded by the muscle relaxants. The heart exerts more effort to filter blood through the liver and kidneys. The biliary tree is congested, so the liver doesn’t process the pool of putrefied matter in the blood. The liver is slow to conjugate the toxins into the bile for elimination. Stagnation of chi and blood causes pain, which then leads to more painkillers, and the cycle continues. Patients become sicker, requiring more medications to control hypertension, myalgia, tissue atrophy and a progressive degenerative disease. They get sicker and often die.

This all can be prevented with proper diet; avoiding food intolerance; and keeping the liver, thyroid and adrenal glands functioning well with exercise and glandular extracts. How quickly and how well a person heals depends on the vital force and the will of the person. They have to want it.

The autoimmune reaction occurs because the tissue is so toxic that the immune system basically can’t tell the good guys from the bad guys. It then starts attacking the tissues where the toxins are pooled. Because connective tissue has less blood supply than other tissues, this is often a sight of autoimmune reactions. The toxins can’t move out as easily through tendons, ligaments or cartilage.

If you help the body to detoxify through its own means of eliminatory pathways via the kidneys, liver, lungs, skin, and lymph, then the immune system can recognize what is normal, healthy tissue and what is toxic matter. Simply put, the body heals itself.

Suppressing the immune system with stronger and stronger chemotherapeutics isn’t the road to curing, or even the answer to managing, the disease. It is a death sentence for many.

My dad, an ND, would treat very ill patients and say, “You will have more and more good days, less bad days. Stick with it.” “The flare-ups won’t be as bad or last as long.” “Look at your diet, it is the key to healing.” This all makes perfect sense.

My mother, Ruby Dick, was critically ill with rheumatoid arthritis when she was in her late 20s. Dr. O.G. Carroll refused to treat her. He felt she would surely die soon because allopathic physicians had put her on medications that caused liver failure. (Dr. Carroll had been in jail several times before for taking care of patients who ultimately died. In the 1940s and ’50s, this was an automatic jail sentence for any sanipractor or naturopathic physician.)

After most of Ruby’s relatives had seen Dr. Carroll for their health concerns, he finally agreed to at least run the Carroll Food Intolerance test for Ruby. With this test, he determined she was potato intolerant. Ruby’s family raised and ate a lot of potatoes. This is when her arthritis began. After avoiding potatoes for only a few months and stopping many of her prescription drugs, Ruby was well enough that Dr. Carroll accepted her for constitutional hydrotherapy treatments at his sanatorium in Spokane, Wash. He told her it would take a month of healing for every year she had had the condition. A year and a half went by, and she healed. She has no arthritis currently, and she is in her 80s.

On a side note, my father, Dr. Dick, was so impressed with this medicine that he sold his land and his garage business in Idaho, went to Western States Chiropractic College, and graduated in 1955 with his DC and ND degrees. He then began a three-year residency at Dr. Carroll’s sanatorium to learn the medicine that healed himself, his wife and his family.

Upon examination, she had an enlarged spleen, decreased lung volume and sounds, 103-degree Fahrenheit (F) temperature and dry cough. Iris diagnosis showed nerve rings indicating nerve irritation, severe lymphatic congestion, adrenal insufficiency and a stomach pH imbalance. Her Achilles deep tendon reflexes were very sluggish. Her bile duct, liver and gallbladder were all tender to palpation, and Bolen blood analysis (microscopic examination at 40X power of dried blood drops taken from the finger or earlobe) showed degenerative inflammatory processes. She had a diet of peanut butter and jelly sandwiches, crackers, chips, chicken with noodles, lemon/lime soda, and green beans or broccoli. She would skip breakfast regularly. She had been hospitalized recently for congestive heart failure. She then had continual headaches.

I found her food intolerance to include all fruits, and she could not metabolize potato and grain well unless she kept their consumption eight hours apart. She was also deficient in Mag. Phos cell salt 3X. She had 15 constitutional hydrotherapy treatments in the clinic. I put her on supplementation of bovine adrenal extract, ribonucleic acid tablets derived from yeast, bovine thymus extract, a cardiac tincture of Selenicereus grandiflora (Cactus) and Crataegus oxyacantha (Hawthorn), Pleurisy root tea, Symphytum 30C for bone pain, Pulsatilla 30C and Mag Phos 3X. On several flare-ups, she was given Belladonna 30C, which helped greatly.

Within a few months, she was improving. She had gained some weight and was strong enough to attend some classes in high school. She even attended her senior prom, the first school dance she was well enough to go to.

Unfortunately, she decided to decrease her prescription medications without telling anyone. She was tired of being sick and had had a glimpse of what life could be like, and she wasn’t patient enough. She relapsed. Quickly hospitalized in intensive care with heart failure, the story came out. Her mother called and explained that her daughter had stopped her life-sustaining medications cold turkey. She went into multiple organ failure and never left the hospital. This is a heart-breaking example of how polypharmacy began as a way to control simple allergies and some joint pain at age 9, which progressed into tissue degeneration and death nine years later.

I feel that if I had had more time, if she could have stayed the course, she would be a healthy young woman today. Lindlahr states, “all diseases can be healed with these methods, but not all patients.”

A 43-year-old woman with severe rheumatoid arthritis presented in January 2005. She was a physically fit athlete who ran marathons. Suddenly, she couldn’t stand due to piercing pain in her feet. Then, it progressed to her hips, shoulders and hands.

Her arthritis actually began in 2001 when she became acutely ill. She tested positive for human parvovirus. She had chronic diarrhea, yeast infections, flu-like symptoms and then a progressive joint inflammation. She was diagnosed with arthritis.

Her medications included hydroxychloroquine to treat lupus-like symptoms, and the NSAIDs nabumetone and ibuprofen. She was also taking a supplement that consisted of a mixture of beta-sitosterol and glucoside sitosterolin for its immune modulating effect. She refused the folic acid analogue methotrexate due to the risk of cancer. In 2002, her thyroid gland was removed due to “gland failure.”

In January 2005 I found she had a food intolerance to all fruits, with a combination of potato and grains that would digest well if eaten eight hours apart. If she didn’t follow this diet regimen, her inflammation would return. I diagnosed her with Lyme disease (Borrelia burgdorferi) in May 2005 via fluorescent antibody titer. She has since followed this with an in-depth Western Blot assay, which shows positive for six of the 13 IgM sub-protein markers.

This wonderful woman is off all prescription medications except for 105mg of thyroid glandular. She now can put her long, brown hair up and is able to reach above her head. She has wrist movement and her ankles can move side to side, as well. Knee pain comes and goes, but the hip and low back pain have resolved. Her shoulder, elbow and wrist pain are still lingering. Occasional flare-ups occur due to stress or a slip of the diet. If she wakes with pain at night, she is able to return to sleep. She can drive her car and care for her young son and family. It has been two years of hard work, but the health improvements for this woman are astounding.

Her hips hurt, along with her knees. Her joints were stiffer in the morning, but better with walking and moving, and better with heat. Enteracept made her joints stiffer, so the allopathic physician increased her methotrexate.

Onset of her symptoms occurred four years prior, with left foot swelling. A bone scan was normal at the time. An orthopedist diagnosed her with a form of dystrophy and put her in a cast for six weeks. Her inflammation worsened, affecting all of her joints, even her jaw. A specialist at Children’s Hospital in Seattle then diagnosed her with JRA. This young girl and her twin sister had RSV as infants, as well as pneumonia. Currently, this girl has shortness of breath with exercise. She was diagnosed with reactive airway disease.

With the Carroll Food Intolerance Testing, I determined her to be intolerant to potato. She must also keep fruits and grains separate in her diet by six hours. I find that people with either potato or fruit intolerances are the most sensitive and most ill of all patients I treat.

This young girl has taken 21 clinical constitutional hydrotherapy treatments. Within two months’ time, she was able to decrease her methotrexate from 0.8ml injection to 0.2ml injection once weekly. By the third month, she had discontinued it completely. She was still on a half dose of enteracept.

She occasionally has hip pain, but it is more like a pulled or strained muscle sensation. Her energy and appetite are good. She has been off all prescription medications since December 2006. Recently she ran a fever of 103 degrees F with a headache. Her lungs and bronchioles were clear. She recovered quickly with constitutional hydrotherapy. She reports that her pain has gone from a “6 out of 10” to a “2 out of 10,” but it is occasional.

Heavy metal toxicity was suspected for this child, which is why spirulina and the homeopathic combination remedy were given. Her Bolen blood analysis showed heavy metal exposure and parathyroid weakness. The beauty of the naturopathic protocol is that we cannot only detect these underlying metabolic problems, but we can also treat them. 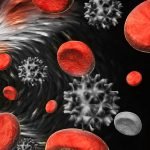