Genetic Testing: Getting to the Heart of the Heart

Cardiovascular disease is a leading contributor to morbidity and mortality, with approximately 610,000 deaths yearly in the United States alone.1 Partly genetically inherited, it is a particular risk for adults over age 60. Cardiovascular disease – including coronary heart disease, cerebrovascular disease, peripheral artery disease, and atherosclerosis – is heavily influenced by factors such as insulin resistance, hypertension, dyslipidemia, inflammation, and hypercoagulability.2 Many of these factors can be mitigated by lifestyle changes, including smoking cessation, increasing aerobic exercise, and eating a well-balanced diet, which can reduce the risk of catastrophic events such as myocardial infarction and ischemic or hemorrhagic stroke.2 However, in some cases, particularly where family history of cardiovascular disease is prevalent,3 stronger interventions are needed to better manage health outcomes.

As practitioners, many of us have treated patients who are doing everything “right” yet still struggling with advancing cardiovascular disease. These are typically the patients that respond only minimally to the standard naturopathic treatments. It is like there is a hidden driving force within the patient that is still pushing them down the path of disease despite their best efforts. Genetics plays a part in everyone’s health, and though it is not the only consideration that matters, its influence on a patient’s health should not be ignored.

Genetic testing is on the rise as research identifies significant connections between disease states and certain allelic variations in the genetic code. Through improved understanding of certain medical conditions on a deeper level, it is now possible to relate the uniqueness of patients to an informative test result. Genetic testing identifies an individual’s potential biochemical interactions and thus allows practitioners, in conjunction with reported symptoms, to develop targeted treatment plans. This is an exciting time to be working with patients and clients toward improved outcomes; as more significant and clinically useful information is becoming available, medicine is at the cusp of a new way to meet and treat people as individuals.

Although many genes can impact cardiovascular risk, there are several that have been found through genome-wide association studies to be linked to heart disease and beyond. These allelic variations are not only important indicators of a need for increased surveillance in a patient, but can also be easily addressed with a targeted treatment plan. Some of the most important genetic variants that can affect a patient’s risk for development of cardiovascular disease include: 9p21, AGT, eNOS/NOS3, Factor II, Factor V Leiden, ApoE, and MTHFR.

The gene 9p21 is located between 2 key cell-cycle inhibitors4 (cyclin-dependent kinase inhibitors). While this gene normally facilitates anti-proliferative activity in the vascular endothelium,4 genetic variants of 9p21 can promote the development of atherosclerosis.5 Researchers believe that mutations in this region may effect uncontrolled cell proliferation, leading to atherosclerosis, arterial stiffness, and, eventually, coronary artery disease.5 Carrying 1 variant allele increases the risk of coronary artery disease by 15-35%; this risk is doubled in a person with 2 of these variant alleles.5 Treatment considerations for these patients consist of minimizing plaque formation with an anti-inflammatory protocol that includes elimination of food sensitivities, high-dose fish oils, and supplements to repair damage to the vascular system, such as resveratrol.

The AGT gene encodes for the precursor to the active peptide, angiotensin II (Ang II), a hormone that causes blood pressure to increase through vasoconstriction and sodium retention.6 The more precursor available in the blood, the more Ang II is produced, and increased levels of the hormone are significantly correlated with blood pressure in patients with hypertension.7 Certain alleles of this gene increase levels of precursor. Treatment considerations include instructing patients to monitor blood pressure at home on a regular basis. If high blood pressure does manifest in these individuals, treatment options should then focus on supporting the nitric oxide pathway to allow for vasodilation.

Endothelial nitric oxide synthase (eNOS/NOS3) is the key enzyme responsible for maintaining baseline vascular nitric oxide (NO) levels. This enzyme is encoded in the eNOS gene.8  Nitric oxide is responsible for vasodilation, or the relaxation of vascular smooth muscle cells that allows greater blood flow and reduced blood pressure.9 Variants of this gene are associated with increased risk of ischemic heart disease, ischemic stroke, and myocardial infarction in young patients, while the risk of hypertension seems to be dependent upon ethnicity.10-13 Similar to the AGT gene, treatment considerations include recommendation that the patient regularly monitor blood pressure at home, along with increasing NO production.

Prothrombin is the precursor to the protein thrombin, a component of the coagulation cascade.14 Individuals with a mutation in the prothrombin gene, or Factor II (F2), have a 2-3-fold increased risk of developing thrombosis and venous thromboembolism (VTE).15-17

Factor V Leiden is a rare variant of the human Factor V protein that causes an increase in blood clotting (hypercoagulability).18 In a comprehensive meta-analysis, it was determined that individuals that are heterozygous for the Factor V mutation have a 5-fold increased relative risk for idiopathic VTE, while those who are homozygous for the mutation have a 9-10-fold increase in risk.17 Due to the increased risk of clot formation associated with carriage of these Factor II and Factor V variants, treatment should be centered around monitoring clotting times, educating the patient on symptoms of thromboembolism, and decreasing the risk of clot formation with blood-thinning supplements or medications, depending on the severity of the condition.

There are 3 possible alleles associated with the ApoE gene, called E2, E3, and E4.19,20 For the majority of people, carriage of the E2 ApoE variant confers a decreased risk of cardiovascular disease and a more optimal cholesterol profile. However, those with 2 copies of E2 (E2/E2) are at a slightly increased risk (less than 10%) for a rare hereditary condition called hyperlipoproteinemia (III HLP).21 E3 is considered normal. E4 allele carriers are at an increased risk for cardiovascular disease, elevated triglycerides, elevated total cholesterol, and elevated LDL-cholesterol.21,22 One treatment consideration for E4 carriers includes dietary fiber, which binds bile in the small intestines. This causes the body to use cholesterol to make more bile, which lowers cholesterol levels. The daily recommended amount of fiber is 30 grams; the average American consumes about 15 grams per day through food. Supplementation should depend on diet, and fiber should always be taken with lots of water. To lower triglycerides, the best recommendation is to decrease simple carbohydrates in the diet.

An important marker gaining ground with practitioners treating cardiovascular health issues is the MTHFR gene, which encodes for methylenetetrahydrofolate reductase, an enzyme that helps process folate and regulate homocysteine levels. Folate is a critical nutrient involved in methylation, DNA synthesis, and amino acid metabolism. An elevated homocysteine level has been identified as an independent risk factor for ischemic stroke, as well as thrombotic and other cardiovascular diseases.23-25 The first-line treatment for carriage of this variant, especially homozygosity, should be to increase foods high in folate. These vegetables tend to be green in nature (eg, leafy greens, broccoli, asparagus), and legumes such as lentils are also rich in folate. Further treatment recommendations might include supplementation with vitamin B6 (as pyridoxal-5’-phosphate), folate (as [6S]-5-methyltetrahydrofolate), and vitamin B12 (as methylcobalamin). Dosing of these supplements depends on the patient’s genotype, their diet, and the severity of their presenting symptoms.

As the body of research on genetic markers and their effects on health grows through genome-wide association studies, so should our consideration of genetic testing. Understanding the patient’s genetic blueprint will allow a practitioner to provide targeted treatment plans that improve clinical outcomes. It is important to utilize only genetic markers that have been proven through research to be clinically relevant and influenced by treatment and/or monitoring. Because genetic research is continually evolving, a testing laboratory that has up-to-date information can be an invaluable partner. Use a trusted laboratory that is fully accredited, and which has physicians and scientists on staff working to stay current with the growing body of genetic information.

Every patient is different, including how they react to medications, food, and exercise. Genetic testing can help provide biochemical explanations for some of these long-observed differences. Knowledge is power and this knowledge can wield strong results in an otherwise difficult situation. Utilizing genetic testing as a tool is the wave of the future in medicine, and increasing clinical proficiency with this resource can greatly benefit any practitioner. 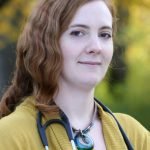 Corie Edwards, ND, graduated in 2009 with honors in research from the NUNM in Portland, OR. In the past, Dr Edwards has worked in private practice offering primary care, nutritional counseling, weight loss, pain management, and vitamin injections. Currently, she is the staff physician for Kashi Clinical Laboratories, specializing in genetic testing; she is also adjunct faculty at NUNM (teaching genetics) and OCOM (teaching Western Pathology). Dr Edwards takes an interest in functional medicine, with a focus on the role of genetics in health. Outside of work, she loves her role as a mother and wife, as well as spending time with friends and family. 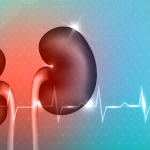 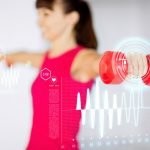