As clinicians who heavily rely on dietary interventions as part of our treatment protocols, a deep knowledge of the natural physiology of glucose and insulin is key in providing accurate and effective advice to our patients. This article is intended to provide a detailed summary of glucose tolerance and insulin sensitivity in relation to the circadian system.

The Circadian System: A Review

Circadian rhythms are endogenously generated periodic patterns that occur in 24-hour diurnal cycles. The purpose of the circadian system is to optimize energy production and utilization by temporally separating opposing metabolic processes (ie, anabolic and catabolic processes) according to the “circadian day” and “circadian night.” This is a survival mechanism for energy conservation.

The circadian system is made up of 2 parts: the “master clock,” or “core oscillator,” is located within the suprachiasmatic nucleus (SCN) of the hypothalamus, and is considered the central pacemaker of our circadian system. The photosensitive retino-hypothalamic tract uses the light-dark cycle to synchronize circadian timing to the external environment. The master clock then entrains the second component of the circadian system – the “peripheral clocks” – which are located in almost all tissues in the body, including other regions of the brain as well as metabolically active tissues such as the liver, muscle, and adipose tissues.1-3 This is achieved mainly through the diurnal patterns of melatonin and cortisol secretion. The peripheral clocks are also influenced by environmental and behavioral factors, which should ideally be synched to the metabolic rhythm established by the endogenous clock. The circadian clock modulates a number of metabolic processes, such as cholesterol synthesis, glucocorticoid secretion, insulin sensitivity and secretion, hepatic gluconeogenesis, and glucose tolerance.4 When the synchronous relationship between the endogenous and exogenous factors is disrupted, a state widely known as “circadian misalignment” results, which has been associated with the development of metabolic disease.3

It has been well established that the natural diurnal pattern of glucose tolerance is as follows: highest tolerance in the morning, with a gradual decrease into the evening, and lowest tolerance during mid-sleep.5,6 A study observing 13 metabolically normal, overweight women, found that 4-hour postprandial glucose excursion was higher after dinner as compared with after breakfast. Another study, by Saad et al, demonstrated similar results in healthy volunteers.6,7

One might assume that the oscillating patterns of insulin secretion and sensitivity would be heavily dependent on the diurnal patterns of glucose. However, it appears to be greatly influenced by the master circadian clock, as represented by the presence of clock genes in the pancreatic islets of Langerhans.8 This was demonstrated in a study by Boden et al, in which patterns of insulin secretion rates were observed in 21 healthy, normal-weight volunteers that were exposed to 3 constant levels of plasma glucose over 68 hours, using glycemic clamps at 5 mmol/L, 8.8 mmol/L, and 12.6 mmol/L.9 Insulin secretion rates appeared to follow a diurnal pattern with all 3 glycemic clamps, peaking at noon and 6 PM, and falling as the evening progressed into the night.9 This suggests that insulin sensitivity is higher in the morning compared to the evening.

Another study of healthy volunteers showed that despite a lower number of calories being consumed in the morning, an equal amount of insulin was produced at breakfast and dinner. This indicated that insulin secretion rates, and therefore sensitivity, are higher in the morning compared to the evening.10 Yoshino et al observed no difference in insulin levels between breakfast and dinner, thus coming to the same conclusion.11 Polonsky et al found that among obese volunteers, basal and postprandial insulin levels were higher compared to those of healthy volunteers, and that these levels failed to return to baseline between meals.10 Saad et al also observed that insulin sensitivity, pancreatic ß-cell responsiveness, and hepatic insulin are all higher at breakfast than at dinner.6

Melatonin and cortisol are considered the primary hormones connecting the oscillating rhythms of the master clock to the peripheral organs. At the start of the light cycle, light is detected by the SCN, which then signals the pineal gland to inhibit melatonin synthesis. During this time, the SCN activates the sympathetic nervous system, promoting the release of cortisol. In contrast, when the retina detects the start of the dark cycle, the pineal gland and the parasympathetic nervous system are activated, leading to the secretion of melatonin and the inhibition of cortisol.12

It is well known that type 2 diabetes and other disorders of glucose metabolism are major complications of conditions characterized by excess cortisol, such as Cushing’s disease.15 Excess cortisol impairs glucose metabolism through a number of complex pathophysiological mechanisms, including abnormal insulin secretion and pancreatic ß-cell function, increased hepatic gluconeogenesis, and hepatic and adipose lipogenesis.15

Many have questioned whether the impairment of glucose tolerance and risk of metabolic disease is associated more with increased caloric intake and the consumption of lower-quality foods/high-fat diet that tends to be associated with a shift-work lifestyle. Taking this question into account, a number of laboratory-controlled studies that induced circadian misalignment in healthy volunteers have shown that circadian disruption, caused by eating and sleeping at paradoxical circadian times, is an independent risk factor for metabolic dysfunction. A randomized crossover study, performed by Al Naimi et al, compared the metabolic profiles of 8 non-obese male shift-workers eating the same meals over the course of a day-shift or a night-shift.19 Higher postprandial glucose and triacylglycerol levels were observed during the night shift, a finding that has been demonstrated in many other studies.3,4,20-23

Mild circadian misalignment can occur even in those who work and sleep according to the circadian day and the circadian night. In modern society it is common for people to allow their social and work obligations to influence their sleep-wake patterns. Those categorized as being an “evening chronotype” have a preference for working and eating late at night, have later bedtimes, and have a tendency to skip breakfast. This insidious deprogramming of the circadian alignment, resulting from artificial light exposure during the later hours, as well as from improper food timing, is associated with increased risk of type 2 diabetes and higher body mass index.24 This was demonstrated in a 2011 study of 10 young adults, in which shifting the evening meal from 7 PM to 10:30 PM elevated 5-hour postprandial glucose levels after the later evening meal as well as after breakfast the next day, as compared with the earlier meal.25

Eating in alignment with circadian rhythms has been shown to reduce the risk of metabolic disease.2 By understanding the influence of circadian oscillations on insulin sensitivity and glucose tolerance, we can better educate our patients on the importance of food timing and the prevention of insulin resistance and metabolic disease, especially in those who exhibit the “evening chronotype” patterns. The obvious suggestions of higher caloric intake at breakfast compared to dinner has long been suggested for the prevention of metabolic disease.

With our knowledge of the diurnal pattern of glucose tolerance and insulin sensitivity, and the effects of melatonin and cortisol on insulin secretion, the encouragement of an evening meal that is low in or devoid of carbohydrates, and eaten a few hours before the natural rise of melatonin, can be considered a step up to improve metabolic outcomes. Shift workers and those who frequently travel across time zones would be ideal populations for applying this knowledge to, as they have the highest susceptibility to the development of insulin resistance and type 2 diabetes. Eating foods of low glycemic load during a night shift should be encouraged, due to reduced glucose tolerance and insulin sensitivity during the night-cycle.

Understanding more fully the circadian system’s influence of insulin-mediated glucose metabolism allows diet-oriented clinicians to provide patients with detailed knowledge regarding how their eating patterns are not only affecting their current health status, but can also predict the degree of metabolic disruption in the future. 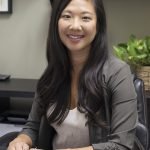 Tanya Lee, ND, received her Bachelor of Science degree (Honours) in Biochemistry and Biomedical Sciences from McMaster University, and was trained as a naturopathic doctor at the Canadian College of Naturopathic Medicine. Dr Lee practices full-time between 2 clinics, located in Toronto and Milton, Ontario. Although her primary-care practice focuses on family medicine, Dr Lee treats a wide variety of conditions, including endocrine disorders, infertility, digestive problems, cardiovascular disease, diabetes, insomnia, and fatigue. She has a special interest in the treatment of autoimmune diseases, as well as pediatric health. 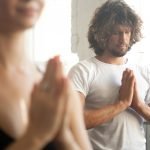 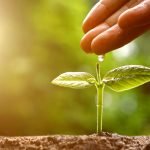