Resistant Bugs: Can Natural Medicine Prevent the Next Plague?

As a human species, we face grave dangers from climate change, food shortages, wars, terrorism, and more. As a physician, there is not much I can do to solve these issues; however, there is one planet-wide epidemic (danger) that I can do something about: Anti-Microbial Resistance (AMR).

AMR is defined by the World Health Organization (WHO) as follows:

“Antimicrobial resistance (AMR) is the ability of a microorganism (like bacteria, viruses, and some parasites) to stop an antimicrobial (such as antibiotics, antivirals and antimalarials) from working against it. As a result, standard treatments become ineffective, infections persist and may spread to others.”1

I believe the definition should be expanded to include fungus, as we are currently in the midst of a resistant fungal infection breakout of Candida auris in the United States, which includes 685 confirmed cases and 30 unconfirmed cases.2 To date, treatment success is poor, as 1 in 3 people with confirmed infection dies.3

AMR statistics pose a grim future: By 2050 the number of deaths directly attributed to AMR will rise to 10 million annually, causing a $100 trillion decrease in economic output.4 I recently had a conference call with the top 2 program officers looking at AMR for the Wellcome Foundation, a £26 billion trust that focuses on AMR in reference to world health. The opening salvo of the discussion was a statement from their team: “We are getting nowhere. How about you?” The conversation proceeded with them discussing vaccines, new antibiotics, and combining light chemo with existing antibiotics, while I discussed the microbiome, probiotics, and agents such as botanicals and high-surface area, low-particle silver hydrosols (colloidal silver technology). While the conversation was pleasant, it served as a reminder of the bias gap in medicine, despite meeting peer review standards. The WHO has released their latest Global Action Plan on Antimicrobial Resistance, and lays out the following strategy points5:

While I think this strategy has promise, I believe that the current WHO mentality and structure may prevent the platform from gaining any traction and/or success. Let’s examine these points, and then face the reality as seen from a world-traveling, world-heath-oriented naturopathic physician who has been to and worked in most of the places that are at the highest risk.

Point 1: “To improve awareness and understanding of antimicrobial resistance”

I have purchased pharmaceuticals for use in areas of the world with significant antimicrobial resistance issues, and while each pharmacist who sold me the medicine knew of AMR, none made an effort to influence what I purchased and how it should be applied. I remember telling one pharmacist that I was going to see around 800 patients during my time there, and he commented that the antibiotics I had purchased would never be enough. I took him to my car and showed him the silver hydrosol (colloids) and botanicals, and he laughed and said that next time I should buy more antibiotics and not bring medicine into his country.

In theory, a country like the United States, where pharma has to be approved by a licensed practitioner before purchase would have less vulnerability to AMR issues (as opposed to countries like Mexico, Dominican Republic, and Iraq, where anyone can purchase pharmaceuticals). An executive summary,6 published by the Independent Review on Antimicrobial Resistance, cited a study7 looking at antibiotic prescribing in the United States between 2007 and 2009. The study found that for respiratory issues, at least two-thirds of patients were prescribed antibiotics for conditions such as viruses, non-infectious conditions, and other issues for which antibiotics rarely exert a positive effect. This amounted to 27 million courses of wasted, AMR-causing antibiotics for just 1 condition, in 1 year, in a country where most every physician is supposedly aware of the issue of AMR.7

From my viewpoint, the problem is a marketing and compassion issue. Doctors from all disciplines are presented with a simple fact in their business development meetings: If a patient comes in with an illness, he or she has to leave with medicine (or a script) or will go to another doctor. Additionally, we as practitioners and healers want people to suffer less, so prescribing nothing may go against our nature. The natural medicine community has a huge advantage over our purely conventional colleagues in that we can prescribe non-pharma support products which fill both the compassion and marketing quotas to keep our practices up and running successfully and our healing souls intact. So, to rebut point #1, I believe there is plenty of awareness and understanding; it simply doesn’t matter given that it has not affected behaviors.

Point 2: “To strengthen knowledge through surveillance and research”

I believe that from any and every viewpoint, the surveillance systems for AMR are impressive. The Global Antimicrobial Resistance Surveillance System (GLASS) of the WHO standardized the collection process, as well as how data are analyzed and shared.8 However, the system tends to focus only on bacteria (what’s up with fungus?) and lacks muscle (from my viewpoint) to move doctors to change habits. Research, in my view, is fascinating yet sad. Despite investigators having literally billions of dollars coming from governments (eg, CDC) and foundations (eg, Wellcome Trust), they do not look at non-traditional, antimicrobial alternatives such as bioactive silver hydrosols and botanicals with any consistent vigor. Basically, they are hoping that an industry that has not produced a new class of antibiotics in 30 years is going to fix the problem.9

Point 3: “To reduce the incidence of infection”

Antibiotic resistance will generally occur naturally over time due to slow but persistent genetic changes.10 Consequently, decreasing the incidence of infection provides a great opportunity for less resistance development. Per the WHO, vectors to decrease the incidence infection include aggressive vaccine development (eg, Ebola), improved hygiene (hand-washing) and sanitation (clean water and garbage control), and controlling the use of antibiotics in animal feed.5 All of these measures have merit, but from the holistic paradigm fall way short. For example, evaluating for food allergies in these regions can help reduce allergy-induced immune system stress and a variety of inflammatory conditions11; cutting back on sugar may reduce urinary tract and yeast infections due to impaired glucose tolerance, even in nondiabetics12; and increased intake of healthy leafy greens may contribute to a stronger immune system by protecting beneficial gut bacteria.13 While working in refugee camps and very poor parts of the world, I have noticed a distinct movement away from whole foods and toward processed high-sugar foods due to ease of availability, strong marketing, and cheap calories. A few months ago, I was working on the Haitian border in the Dominican Republic. I remember drinking directly from a coconut (fabulous, by the way) while everyone around me was drinking soda. Diabetes and infection are currently skyrocketing in such regions.14

Point 4: “To optimize the use of antimicrobial agents”

Point 5: “To develop the economic case for sustainable investment that takes account of the needs of all countries, and increase investment in new medicines, diagnostic tools, vaccines and other interventions”

To date, this has been a limited success. Billions of dollars in funding are currently available for research, monitoring, and awareness of AMR and the AMR community has built a scientific consensus that action is needed. However, as previously stated, the implementation is failing.

I believe that AMR is the expected output of a system that has discounted, disrespected, and legislated out natural approaches to health care, thus thrusting AMR-causing conventional antibiotics and antifungals into the mainstream. Something as simple as a probiotic, which has been shown to help prevent certain infections from colonizing, has been made controversial.17 Additionally, conventional approaches still largely ignore patients with viral infections by either saying, “go home and suffer through it,” or (even worse) prescribing antibiotics, whereas something as simple as vitamin C can decrease the suffering (severity) and duration of the illness.18 Because it is in the DNA of healers to heal, they naturally want to send a sick patient home with something that can help. A conventional practitioner has the lousy choice of antibiotics or nothing, while the wholistic practitioner gets to choose from potentially thousands of non-AMR-causing options. So, can natural medicine, or functional medicine, or naturopathic medicine prevent the next plague?… I believe yes. 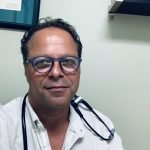 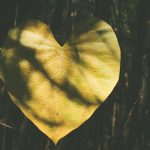 Healing a Tired Heart: Naturopathic Medicine to the RescueCardiopulmonary Medicine 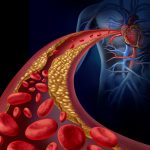