This article joins a series of articles in NDNR that are based on transcripts of the Naturopathic Medicine Institute (NMI)’s Wednesday morning call-in program, The Vital Conversation. The program is hosted by senior vitalists to enhance the ability of naturopathic physicians to practice as vitalist naturopathic doctors. In this lightly edited transcript (by Emily Kane, ND), the first of a 3-part conversation, Drs Sensenig and Zeff discuss how to “think like an ND.”

Dr Sensenig: All naturopathic doctors should read Paul Wendel’s Standardized Naturopathy. Wendel was the immediate successor to Benedict Lust as the President of the American Naturopathic Association after Lust passed away. He wrote this book, published in 1951, calling for the standardization of naturopathic medicine. The gist of Wendel’s argument is that nothing can be accepted, regulated, or even understood, until it’s standardized. He lays out a standard curriculum, a standard philosophy, and a standard approach to naturopathic medicine. He also proposed a model law, which could be adjusted per need from state to state.

I want to bring your attention to Chapter 12 of the book, about court decisions and naturopathic laws. I would strongly recommend reading this, particularly the section on the Supreme Court of North Carolina and their findings.

When we discuss our history, at least in modern times, we’re discussing the lineage of the practice, the science of the practice, and the art of the practice. We tend to not discuss the legal history, meaning the many legal decisions that brought naturopathy to where it is today. Nor do we discuss what made us very successful in our licensing efforts a decade or 2 ago but less so recently.

A Subset of Medicine?

Dr Sensenig: In the early part of the 20th century, there were many cases decided by the Supreme Courts of several states, wherein a naturopathic physician was charged with practicing medicine without a license. In every case, he or she was found to be not guilty of practicing medicine, because he or she asserted that they were practicing naturopathy, which was recognized as a separate and distinct healing art, whether or not it was regulated by that state.

There are elegant arguments by the Supreme Court of North Carolina in this book, which show the justices arguing that if the state does not choose to regulate naturopathy, that doesn’t mean that it’s illegal or that it’s the practice of medicine. The fact that the state doesn’t regulate naturopathy is the state’s problem, according to the judge’s argument, because they have failed to set standards for this separate and distinct healing art.

The judge in the North Carolina case stated that in this decision it was absurd that the medical board and its allies would argue that the practice of naturopathy is the practice of medicine, because that is too sweeping a definition for medicine. In other words, you may not, under the Constitution of the United States and most state laws, set up a monopoly for a certain type of activity available only to 1 class of people.

The purpose of the Medical Board is to certify to the public that a medical doctor meets the standards required in that state for a medical doctor, and that it does not reach to other professions that are practicing a healing art.

Back in the days when I was involved in the legislative efforts to advance licensing, I remember frequently being able to make this argument in the state legislature: “There is not a medical doctor in the United State, by virtue of his/her graduating from a medical school, who is qualified to practice naturopathy or who could even pass a naturopathic board exam. And perhaps the opposite is true as well: There are no naturopathic doctors who are qualified to be medical doctors by virtue of their naturopathic training.”

At least that distinction was clear at one time, and we could articulate it and use it in a court of law. Wendel’s book will contribute to any naturopathic physician understanding of who we are and what we do. I would, of course, recommend the whole book, and certainly the twelfth chapter, but, if nothing else, the case from the North Carolina Supreme Court should be read.

My guest today is my friend and colleague and fellow traveler, Dr Jared Zeff, who is practicing in Vancouver, Washington. One of the things we want to talk about today is how to think like a naturopathic doctor.

To start, I learned yesterday that at one of our schools, or maybe more than that, one of the clinical supervisors is a medical doctor who is holding himself out as a naturopathic medical doctor, without any formal training in naturopathy.

This flies right in the face of what distinguishes naturopathy – as a distinct, separate healing art – from the practice of medicine. Not only do we naturopathic doctors have distinct healing protocols based on the individual patient, we are also different in how we think about our cases. I was taught 3 steps in learning how to really think like an ND. The first step is to understand our philosophy. Next, you have to learn to think like a naturopathic doctor, and, lastly, you need to experience how our various interventions, individualized for the patient, really work. With those 3 pieces in place, the naturopathic student is able to move into the world of Vitalism.

Dr Zeff, what do you make of that?

Dr Zeff: I think it’s very timely that you introduced today’s talk with Wendel and that particular chapter that points out that naturopathic medicine is a separate and distinct branch of the healing arts. I had a preceptor in my office about 2 weeks ago who was watching me treat a child brought in with asthma. After the patient left, he mentioned to me that his clinic supervisor, a young naturopathic doctor at NUNM, was recently presented with a similar case – a child with asthma – and this student suggested a homeopathic remedy. The supervising doctor said, “We can’t do that! That violates the Lung Association’s protocols for the treatment of asthma in children.”

Let’s take something simple, like bladder infection: If you go to a medical doctor, the standard of care is, at best, to do a culture and give an antibiotic; at worst, you just give an antibiotic. That’s how you treat bladder infection. However, if you come to a traditional naturopath, you’re not going to get an antibiotic; you might get an herbal formula, a homeopathic medicine, some hydrotherapy, and possibly 2 or 3 other things, because we are treating the patient, not the disease. Totally different!

In most of the states that license us, naturopaths can’t prescribe antibiotics, anyway. So, how could someone assert that the standard of care for naturopaths is something that we can’t even do in most states? This is a key issue, because if someone is going to try and force me, as a naturopath, into the conventional standard of care, I lose naturopathic medicine.

The Patient, Not the Symptoms

There are almost a million medical doctors in the United States. There are also close to the same number of physician assistants in the country. Then you take nurse practitioners, and then whatever other groups there are that are all doing the same thing – they’re all prescribing medications based on symptoms, not based on the patient, and treating the symptoms according to some kind of “standard of care.” 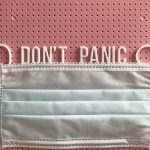 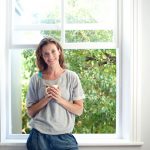