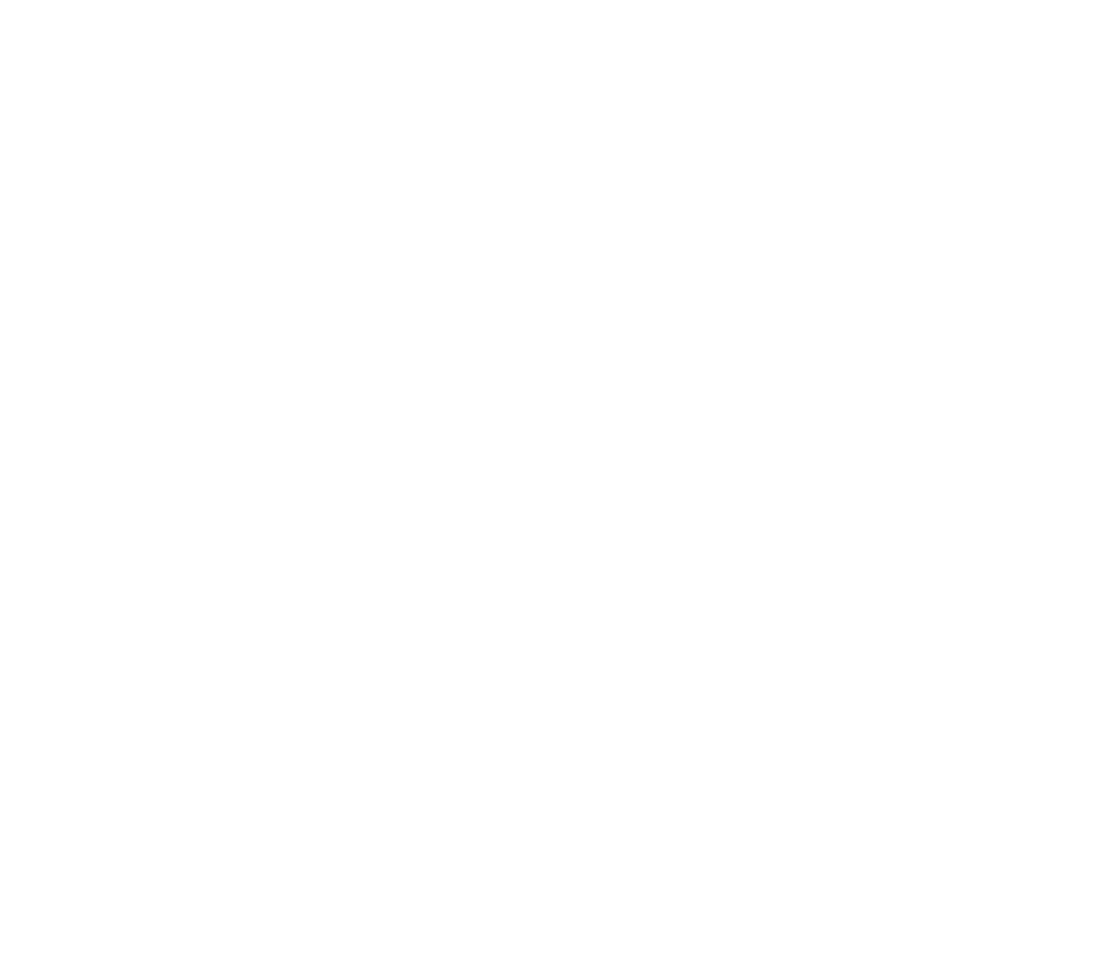 Sarah was Saved by a Radish: A Case Study of Congenital Biliary Atresia 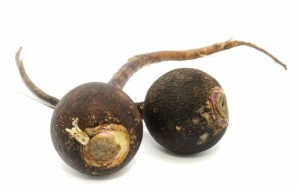 I first moved to the Pacific Northwest in the early 1980s to attend National College of Natural Medicine, Portland, Oregon, and found a wooded rural home with a large friendly family next door. On getting to know the neighbors a bit, they were delighted that I was beginning the naturopathic program and shared that an ND had saved the life of their daughter, the second eldest of 7 children. I looked at the pretty blond 8-year-old and was curious to know more. It is a fascinating case, and the full story goes something like this.

Sarah was born at the local hospital following a normal pregnancy and delivery. She became jaundiced within 24 hours, which worsened rapidly over the next week. When she failed to respond to traditional phototherapy, a more thorough work-up revealed biliary atresia, a congenital malformation to total absence of the extrahepatic and gallbladder.

Neonatal Jaundice: Its Commonalities and Concerns

The most common cause of neonatal jaundice is common milk jaundice, which is considered physiologic and typically clears in 10 days. Biliary atresia is responsible for a very small percentage of perinatal jaundice cases and involves an accumulation of conjugated bilirubin as opposed to the unconjugated bilirubin of physiologic jaundice. In a few rare circumstances, the condition has been detected in utero when prenatal ultrasonography reveals the absence of the gallbladder. “Milk jaundice,” although usually fairly benign, with severe elevations in bilirubin can cause kernicterus and result in brain damage. Phototherapy promotes bilirubin to biliverdin conversion , which does not promote kernicterus—brain damage due to hyperbilirubinemia.

Technically, biliary atresia is an obstructive fibrosis of the biliary tree, resulting in cholestasis and icterus in newborns. It is a fairly rare condition, occurring in only 1 of every 15|000 to 20|000 births in the Western world, with reports of greater frequency in Asia. Without surgical intervention, the fibrotic condition will progress to full cirrhotic liver failure and death within the first 2 years of life. Surgical interventions are possible only when there are patent intrahepatic bile ducts to accept the bile once the obstruction is corrected. Biliary atresia may affect as little as 5% of the biliary tree—said to be operable, or upwards of 95%—previously said to be inoperable, with little expectation that an infant could survive even with heroic surgical interventions. In the prior generation, many infants born with any type of biliary atresia did not survive to adulthood. In the 1960s, a surgical procedure known as Kasai portoenterostomy was developed that enabled many children to survive by shunting the obstructed bile out of the liver and into the intestines with the help of a surgically placed stent. When this procedure fails, a liver transplant is the only other present option, and biliary atresia is the leading reason for pediatric liver transplants. The Kasai procedure was still fairly new at the time of Sarah’s birth, and her case was said to be extensive and severe, thus inoperable. Her parents were told that they shouldtake her home and keep her comfortable, and that she would probably not survive the first year of life.

Kasai portoenterostomy is a palliative measure that helps slow the progression of liver damage, but does not correct the underlying atresia. Thus, most children who are helped by the Kasai surgery will still require liver transplantation as the liver continues to fibrose over time. Various studies report the 5-year survival rate to be between 30% and 60% following Kasai surgery, and only a 20% chance of such children keeping their own liver into adulthood.1 A full 70% of those who survive following a Kasai procedure will develop portal hypertension, esophageal and other varices, and progressive liver disease.2 The success rate is quite good in terms of immediate survival for pediatric liver transplants.3

Enter Dr Henry, ND. I never had the pleasure of meeting Dr Henry, as he was said to be an older gentleman at the time Sarah’s parents consulted with him, and he has since passed on. He was the sole naturopathic physician in my county for many decades. Dr Henry advised the traumatized parents to find some fresh black radishes, juice them, and give the juice to Sarah by the spoonful as often and by any means they could devise. I am aware of just how difficult it can be to get mint tea into a colicky newborn, so I can appreciate the extreme difficulty of the task Dr Henry had prescribed. It’s not all that easy to find fresh black radishes. Sarah’s parents not only found some, but also they succeeded in dosing her with the juice. I already knew that this story had a happy ending, because here was the fair skinned, blue-eyed blond listening quietly as her parents told me the story. They gave Sarah the black radish juice mixed with honey, mixed with breast milk, diluted in warm water, and with chamomile tea, many times per day, day after day, and the jaundice began to clear. Sarah nursed better and started gaining weight. She not only survived the first year, but also grew to adulthood with her own liver. Given the grim, 5-year survival rate statistics, and the 70% need for a liver transplant as stated above, it seems that all pediatric gastroenterologists should be made aware of black radishes.

Raphanus sativus, variation niger black radishes, have the same if not hotter spicy kick as their smaller red and pink relatives, the common salad radish Raphanus sativus variety rubra. Larger than pink radishes, Black Radishes are more the size of a small turnip and all are members of the Cruciferacea family. Raphanus is mentioned in old herbals as a cholagogue and as an effective plant for relaxing spastic bile ducts. I frequently include Raphanus in formulas for patients with gallstones, and especially for patients who are suffering from acute biliary colic. Modern animal studies have confirmed that Raphanus significantly increases bile flow. Raphanus is also credited with a liver detoxifying effect due to induction of various detoxification enzyme systems.4 Glucosinolates are found in radishes and other Crucifers including broccoli and brussel sprouts, two plants that have been previously reported in the literature for promoting liver processing of hormones and other compounds. Several  glucosinolate compounds unique to radishes are glucoraphenin  and glucoraphasatin, and have been shown to promote phase II enzymes.5 Glucoraphenin is metabolized to sulforaphene, while glucoraphasatin is metabolized to raphastatin, and both are excreted via the urine. Radish sprouts are reported to have nearly 4 times more glucosinolate and 8 times more isothiocyante than mature black radishes.6 Strong heavy metal chelation and antioxidant properties have also been credited to black radishes.7 Significant amounts of catechin, the green tea antioxidant , have also been identified in radishes.

Sarah grew into a healthy toddler. Other than some minor digestive issues requiring her to avoid fatty foods, she then grew into a healthy teenager, and at one point was my babysitter, and then grew into a healthy adult. Out of medical school now and in private practice, Sarah came to see me in tears and 6 months pregnant. She was jaundiced and carrying recent lab work from her obstetrician in hand, showing significant elevations in all liver function tests. Her obstetrician wanted to admit her to the hospital for daily monitoring for the remainder of her pregnancy and recommended a C-section as soon as it was safe for the baby. The obstetrician was concerned over Sarah’s liver becoming further damaged with each passing day. Sarah was hoping I would have an alternative.

I, of course, got her back on a Black Radish pill, a Milk Thistle Lipotropic product, an alterative herbal tea, and a liver-friendly diet. Her enzymes declined within a week, more the second week, and had fallen to just above normal levels by the end of the month. Pleased with the turnaround, her obstetrician agreed to a conservative watch and wait approach regarding the scheduled cesarean. The happy ending is that Sarah carried the pregnancy full term and vaginally delivered a healthy baby.

A Most Exceptional Recovery

Sarah’s outcome is very atypical for biliary atresia. She is now a woman of over 35 years of age who not only survived, but also thrived, and still has her own liver. One published case report followed 3 patients with biliary atresia: One had had 2 surgeries but was doing well and still had her liver at age 25; a second had had the Kasai surgery as a neonate but struggled with signs and symptoms of liver disease with the possibility of having a liver transplant at some point; and a 3rd had numerous bouts of cholangitis at a young age and several severe episodes of GI hemorrage, due to varices, and ultimately died following another surgery.8 Another published review examined 32 patients having stents to drain bile into the intestines and reported that 14 of them died despite the surgery, with a mean survival of 150 days. Acute cholangitis was reported to be the cause of death in 3 of the 14 patients.9 A recent study published in a gastroenterology journal reported that the use of the cholagogues dehydrocholic acid and ursodeoxycholic acid improved the surgical outcome of the Kasai procedure by increasing bile flow and reducing cholangitis.10

We have so many safe and gentle cholagogues at our disposal in naturopathic medicine, Raphanus being one, that it seems logical that all patients with biliary atresia be offered this option. Radishes just might save your liver and your life.

10. Mohanty MK, Gupta SD, Bhatnagar V. Surgical outcome in relation to duct size at the porta hepatis and the use of cholagogues in patients with biliary atresia. Trop Gastroenterol. 2010 Jul-Sep;31(3):184-9. 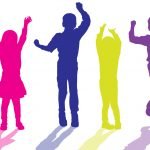 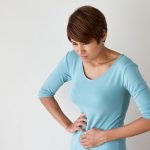