Nature Cure in Europe: The transatlantic journey from pragmatism to principles

As one of the most ambitious publishing projects in the history of naturopathic medicine takes shape, those of us closely involved in its development are constantly reminded of the strong traditions on which naturopathic medicine has been built. The Foundations of Naturopathic Medicine (FNM) Project aims, for the first time in almost 100 years, to produce a textbook which will, as its name implies, trace the principles on which those traditions were based through to their clinical, scientific, and policy applications in 21st century naturopathic practice.

Naturopathic medicine (in Europe, naturopathy) traces its origins to many cultures and traditions, giving it a global scope, relying, as it does, on the raw materials of nature to which all cultures and peoples have access. While Indian, Chinese, Arabic, African, Australian, and other indigenous systems of medicine have influenced modern naturopathic practice, it is to its European origins that we must turn to trace the growth of this approach to health restoration. The evolution of a coherent clinical theory of naturopathic medicine was assisted by a 2-way transatlantic migration of skills and personalities in the late 19th and early 20th centuries.

There were many traditional healers throughout Europe, but the acknowledged pioneers of “nature cure”—such as Priessnitz, Kneipp, Schroth, and Hufeland—were the ones whose followers emigrated to America to set up naturopathic sanitaria and schools. It was the graduates of these schools (such as those of Lust and Lindlahr), who, in turn, brought back nature cure to the United Kingdom when medical orthodoxy was becoming increasingly organized and regimented on both sides of the Atlantic8 (Saks, 2003,p36)

The practical approaches of the Greeks and Romans were the antecedents of the 19th-century nature cure pioneers. They were the only forms of medicine available, and, to this extent, naturopathic and orthodox medicine had what Saks8 (2003, p5) describes as “a relatively undifferentiated past.” Indeed, both schools of medicine claim Hippocrates as their progenitor. There is no doubt that Hippocrates set many of the principles we hold dear as naturopathic physicians; in particular, the concept of the healing power of nature (at least in spirit, the therapeutic approach was based on the healing power of nature—vis medicatrix naturae), although some writers maintain there is little evidence that he actually used the term, vis medicatrix naturae. Hippocrates used the term physis, the ability to heal oneself, or nature in Greek.3, 2, 9, 6 (Hiroshi, 1998; Garrison, 1966; Wikipedia 2010; Neuburger 1932). Hippocrates advocated dietary adjustments, fasting, physical therapy, rest, and herbal medicines, but even he and his followers were not above using chemical drugs4 (Kirchfeld & Boyle, 1994).

Unlike Hippocrates, many of the most famous pioneers of nature cure in Europe did not concern themselves with principles and philosophy. They were artisans, in some cases uneducated, who hit upon pragmatic ways to restore health. Both Vincent Priessnitz (1799-1852) and his contemporary, Johann Schroth (1798-1856), were from farming backgrounds; Sebastian Kneipp (1824-1897) was a priest4,7 (Kirchfeld & Boyle, 1994, Pitcairn-Knowles, undated). All of these persons based their success on the therapeutic use of water, either externally or internally, and enjoyed an enormous following from people in all occupations, including royalty and the aristocracy. Kneipp, in particular, also made use of herbal remedies. His most famous book, My Water Cure5 (1886), includes an extensive “Apotheke,” in which he lists the therapeutic properties of many plants and “strengthening foods.”

An earlier advocate of eating a healthful, vegetarian diet was Christoph Hufeland (1762-1836) who coined the term macrobiotic for unrefined, indigenous plant foods. (The term was later adopted by Georges Oshawa and integrated with the yin/yang philosophy.)

Many practitioners were drawn to nature cure through personal experience in overcoming poor health. Among these were Benedict Lust (1872-1945) and Henry Lindlahr (1862-1924). Both of these men can be credited with systematization, synthesis, and documentation of the principles of naturopathic medicine or nature cure that their European mentors (having concerned themselves with the practical demands of treating the sick) did not have the time to set forth. Lust held intellectual property rights over the term, naturopathy, forcing Lindlahr to adopt the term, nature cure4 (Kirchfeld & Boyle, 1994).

While Lindlahr and Lust’s treatments were based on European hydropathic and dietary models, the emphasis of Bernarr Macfadden (1868-1955) was based on physical culture, although he also was a forthright proponent of fasting. Macfadden was born in the United States, and through prolific publishing, did much to popularize healthful living ideals. He also strongly influenced some nature doctors who brought nature cure back to Europe as it was evolving in the United States.

The success of the spa treatments established by Priessnitz, Schroth, and Kneipp ensured their survival, albeit with some watering down of the nature cure principles. The more eclectic practice of natural medicine was sustained through the mid-20th century by Dr. Max Bircher-Benner (1867-1939), the creator of muesli, at his clinic in Zurich, and Alfred Vogel (1902-1996), the “Swiss Nature Doctor,” who travelled widely in search of medicinal herbs and traditional remedies.

Today, the Napoleonic Law of mainland Europe prohibits the practice of any form of medicine that is not statutorily regulated, whereas the Common Law of the United Kingdom permits anyone to do anything that is not protected by title. It was to the United Kingdom that 2 students of Lindlahr and Macfadden brought naturopathy in the early 20th century. James C. Thomson (1887-1960) had studied and worked with Lindlahr in Chicago and returned to the United Kingdom to establish the Kingston Clinic in Edinburgh, Scotland. Stanley Lief (1892-1963), who was originally from South Africa, restored his ailing health at the hands of Macfadden in America, studied chiropractic, and came to England in 1928 to establish a nature cure clinic. Within a few years, the financial help of a grateful patient enabled Lief to purchase Champneys, which became the leading residential center for nature cure in the United Kingdom. Both Lief and Thomson wrote extensively to popularize the fundamentals of nature cure, the former predominantly through the medium of his magazine, Health for All.

Lief and Thomson also were instrumental in establishing educational programs for naturopaths in the United Kingdom. Graduates of Thomson’s Edinburgh School of Natural Therapeutics formed the Independent Society of Registered Naturopaths and practiced what they called the straight nature cure, bearing close parallels to the natural hygiene movement of Herbert M. Shelton in the United States, eschewing the use of such adjuncts as herbal or homoeopathic medicine.

Lief’s British College of Naturopathy (BCNO—now the British College of Osteopathic Medicine) taught a slightly more eclectic naturopathy, although adhering closely to the Lindlahr model of dietary control, fasting, hydrotherapy, rest, and exercise, with osteopathy emphasizing the soft-tissue techniques that Lief had refined. The BCNO graduates formed the core of the General Council and Register of Naturopaths and British Naturopathic Association, which are the largest register and professional association of naturopaths in the United Kingdom.

In the late 1950s, a small group of BCNO graduates, medical herbalists, and homoeopaths, formed the Research Society for Naturopathy to explore a wider range of treatment modalities. They ran seminars on such topics as humoral therapy, energetic medicine, orthomolecular therapy, and the first UK courses in cranial osteopathy.

Today, naturopaths in the United Kingdom and Europe practice a wide range of treatment modalities, with a strong emphasis on physical therapy (the majority of UK naturopaths are also DOs, and therefore, statutorily regulated), but also embracing the newer resources of energetic and nutritional medicine. Economic factors have forced the residential nature cure clinics out of existence and most naturopaths are in office practices.

As people have become more disillusioned with the pharmaceutical domination of conventional medicine, there has been a rise in the demand for naturopathic therapies in the United Kingdom and North America. It is not always possible, however, to be sure if these are administered by qualified naturopaths or the many adjunctive therapy operators who have sprung up in the health care industry in the United Kingdom. A rash of reflexologists, iridologists, nutritionists, and aromatherapists may account for the European Federation for Naturopathy’s claim that there are 57,000 full-time practitioners in the European Union1 (Gaier, 2009).

Naturopathic medicine has also labored under the advantages and disadvantages of being defined and identified by its principles, such as medical herbalism, homoeopathy, and acupuncture. Important as we believe our principles and philosophy to be, we have to recognize the infirmity it may display to those viewing it from a strongly rationalist perspective.

A House of Lords report on Complementary and Alternative Medicine (2000), for example, downgraded naturopathy to group 3 (along with such therapies as radionics and crystal therapy) which “cannot be supported unless and until convincing research evidence of efficacy, based upon the results of well defined trials, can be produced. . . for those therapies in our group 3, no such evidence exists at present.” It must be said that this damning verdict was a consequence of a poorly articulated presentation of evidence by the representatives of naturopathy in the United Kingdom.

What it does emphasize is the critical importance of the Foundations Project to the future of naturopathic medicine. By bringing together the wisdom and experience of the leaders of the profession from around the world, the FNM hopes to make that essential connection between the practical application of nature’s healing resources, as used pragmatically by the early nature doctors, naturopathic principles, and their integration into the evolving world of modern, scientific, naturopathic medicine. 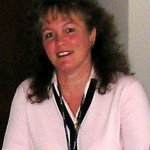 Pamela Snider, ND has been active in leading national and local integration, academic and policy initiatives in the United States and Canada for over 25 years. She serves as the Executive and Senior Editor for the Foundations of Naturopathic Medicine Project, (FNM) an international textbook of naturopathic medicine project working to codify the ‘heart of naturopathic medicine’ through a series of retreats and Symposia. The text is in development through Elsevier. The FNM is based at the National College of Natural Medicine (NCNM) in Portland, Oregon where Dr. Snider is an Associate Professor. 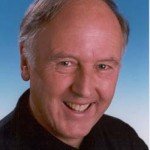 Roger Newman Turner, ND, DO, BAc, MRN, FBAcC was steeped in the principles of natural healing from an early age. Turner graduated from the British College of Naturopathy and Osteopathy in 1963, gained his licentiate in acupuncture in 1966 and bachelor of acupuncture in 1973. He is the author of a number of books on diet and health, including Naturopathic Medicine – treating the whole person (Thorsons, 1984; HeALL, 2000), and a contributor on naturopathy to a number of encyclopedias of natural health. He edited the British Journal of Acupuncture for ten years and has served on the editorial boards of several CAM journals. 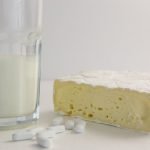 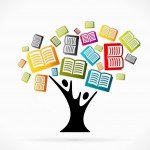