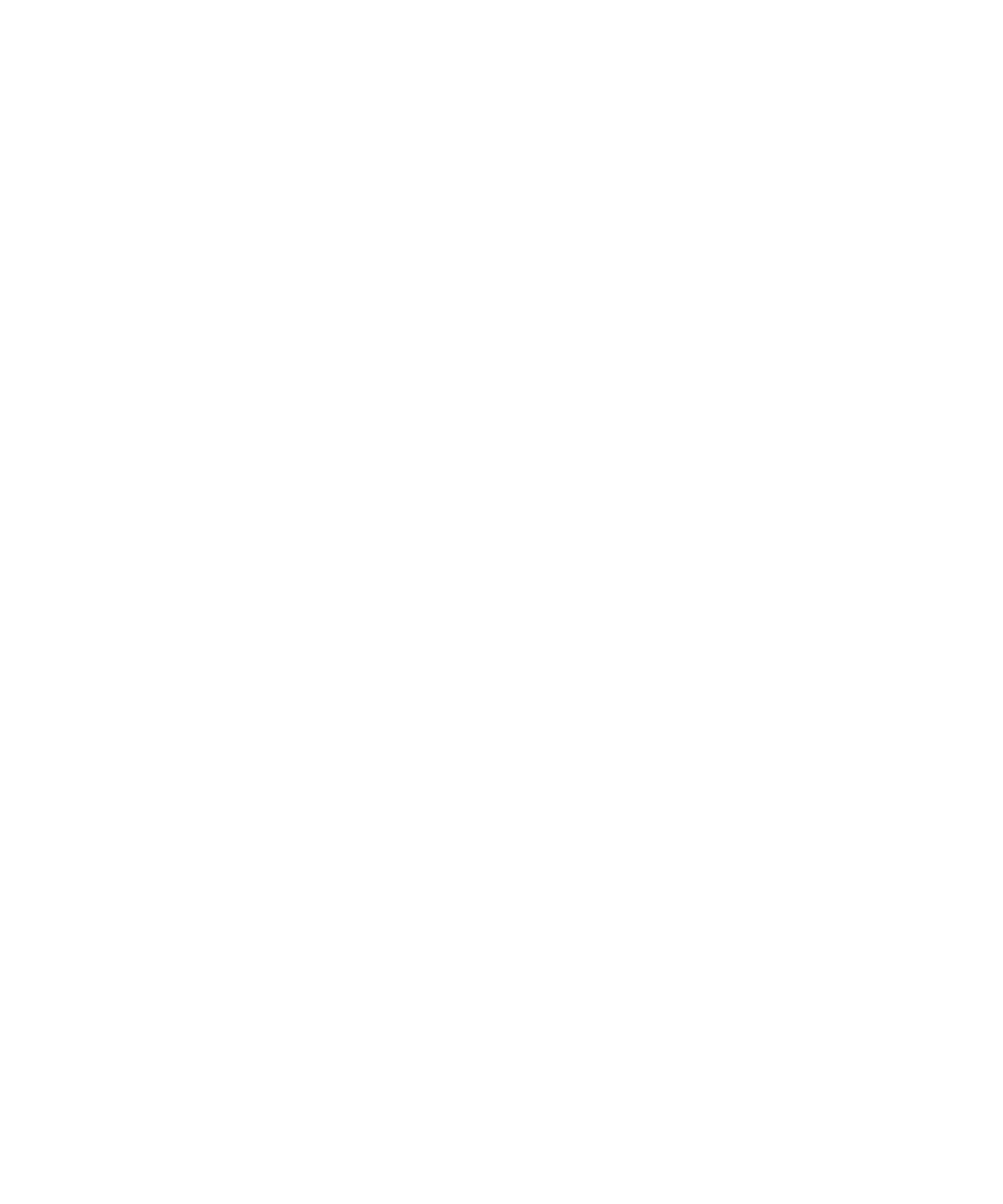 Past Pearls: The Trials of Benedict Lust

Society, who employed a horde of spies, stool-pigeons, sleuths, spittle lickers and hell servants to embarrass the Nature doctors.

All of us know how these persecutions and convictions are brought about by the agents of the Medical Trust [the American Medical Association], though it may be doubted whether any of us are fully conscious of how they operate.

For thirty years we have looked on; we have expected help from the Legislatures, the Federal Government, the administration of the cities in which we live, from the common sense of the American people and nothing good has been done for us. Persecution, jail, heavy fines, ridicule, condemnation by the subsidized press, has been our lot.

Searching through the rich materials of our history, one can easily set aside accounts of the harassment, persecution and frustration that the early NDs encountered as they built the profession, step by step, in America. Benedict Lust often documented those early days. An article from 1922, “History of the Naturopathic Movement,” will remind the contemporary ND of a volatile period in the formation of our profession. One may revisit the tide of change facing the ND in the first two decades of the last century, no less challenging in some ways than what we face today but replete with injustices that are shocking and worth remembering, lest we forget the medical tyranny that our forebears faced in the early 20th century.

As Lust begins the story, naturopathy (or nature cure) had been “planted in America by the early disciples and graduates of Vincenz Priessnitz, the father of hydrotherapy in 1845” (1922b, 580). By 1850, there were “28 water cure establishments founded on the teachings of the Priessnitz school” (1922b, 580) in New York City, Chicago, Philadelphia, Milwaukee and St. Louis. When Lust arrived in New York City in 1892, there was the existing Water Cure Journal, which had been published from 1828 to 1892 and had been a strong link among those interested in these traditions and therapies. The journal was widely distributed and had “advertisements from over forty hydrotherapeutical establishments” (1922b, 580).

The men and women who were pioneering hydrotherapy in America were mainly newcomers, often of German descent. To them and to Lust himself when he landed in New York City, America was a land of milk and honey and of great opportunities. In 1896, Lust was commissioned by Father Kneipp “to represent the Kneipp method, to start a Kneipp society, a Kneipp magazine, a Kneipp Institute and a School” (1922b, 580). He opened that school on September 15, 1896, at 111 E. 59th St. in New York City. In the following month, public lectures on the Kneipp method were held, with record attendance. Hydro cure was popular, and Lust was soon not alone. Colleagues such as Jakob Riedmueller, Karl Klein, Eugene Stark, George Rauch, Ludwig Staden, J. Rittmeyer and August Reinhold formed the first group of nature cure practitioners, many of whom were not yet fully conversant in the English language (Lust 1922b, 580). However, these enthusiastic beginnings of nature cure in America were fraught from the start with virulent opposition from local medical societies. Out of necessity, Lust and his newfound allies banded together and created their own society to protect themselves. These pioneers forged ahead, doing the important work of professional formation, seeking not only to identify themselves uniquely in terms of their modalities and theories but also to brand a new kind of medicine in the face of mounting threats and dangers.

It was at this point that John Scheel and his wife, a homeopathic physician, had begun to use the term naturopathy. Lust explains that in 1896, “Dr. Scheel gave to us and the A. N. A. the privilege to use this name in general for Naturo – Therapy, Hydro – Therapy, Nature – Cure, Physio – Therapy, etc.” (1922b, 580). Having a banner to gather under, the early NDs braced themselves against the wrath of the MDs, who themselves were establishing the biomedical profession at an accelerated rate at this time. They were lobbying for state regulation, limiting medical practice in ways that exposed NDs more often than not to fines, censure and worse.

Jail was not foreign to the early NDs. Lust “was arrested fourteen times and fined once $500 because a dirty woman sleuth of the Medical Trust [the American Medical Association] with an unspeakable name took an electric light bath in [his] institution” (1922b, 580-1).

To defend themselves against the litigious and immensely territorial MD societies, NDs developed strategies to protect their philosophy, their clinical practices and their future. Lust explains:

…Finally, we decided to use the word “Naturopath” as being the only safe term by which we could designate ourselves as having to do with nature cure and disease. By this term we did not hold ourselves out as practitioners. In one year we had more than fifty arrests. The word “Naturopath” was the magic word that set us free. Although being a misnomer, it covered the subject. It has come to stay as a living protest against the autocracy, coercion, imposition, intolerance and persecution of the New York County Medical Society Trust in particular, and the American Medical Association Trust in general. (1922b, 580)

Lust notes that the worst period of prosecution was from 1898 to 1910 (1922b, 580). Significantly, the April 1910 Flexner Report, Medical Education in the United States and Canada, prepared on behalf of the Carnegie Foundation for the Advancement of Teaching, came at the peak of the persecutions. With Flexner and the Carnegie and Rockefeller foundations leading the charge, the practice of medicine (with its scientific, pharmacological and technological platforms) dismissed the nature cure philosophy and medical successes of the NDs. Lust and his colleagues looked on, alarmed as new technologies and pharmaceuticals radically altered diagnostic and therapeutic possibilities, propelling medicine into a reductionist future, which they knew would lead inevitably to a disconnect between physicians and their patients. The NDs understood early on that what a century later was called the “pace and commercial nature of health care” would “impede inculcation of the fundamental values of the profession” (Cooke et al. 2010, 3).

In 1920, the New York County Medical Society could not resist glorifying themselves in local newspapers that they “got all of the graduates of [Lust’s] school arrested, about 21 of them” (Bush 1912, 392) and that they intended to close his school down.

Many a morning there were over a dozen drugless doctors lined up in the court of the Special Sessions in the Criminal Court building, and each one found guilty and fined $250 for practicing medicine without a license. Chiropractic adjustments, baths, dietetic advice, massage, exercises for the restoration or preservation of health was defined as medicine and a violation of the law. (1922b, 580)

Thus began the enduring fight to have drugless methods of healing recognized by the state authorities, initiated formally (Lust reports) in 1914. The penalty for practicing nature cure and preventive medicine constituted a high price. Those who ran hydropathic or nature cure institutions faced ruin and prolonged hardships:

Men and women were arrested, convicted and condemned to long prison sentences and to the payment of heavy fines, suffering almost inconceivable hardship and loss under the persecution of the Medical [T]rust. It is also a fact that the fines collected by these proceedings [were] used by these medical societies as a means for continuing actively the persecution of the drugless practitioners. Thus men and women who were guilty of no other offense than the giving of a bath or massage, the instruction in dietetics or systems of exercise, were heavily and unmercifully fined or sent to jail. (Lust 1914, 144)

When facing the judges at one of his own trials, Lust was told, “there is no evidence that you practiced medicine or held yourself out as a physician, but we fine you just the same” (1922b, 581). Lust paid a “$400 fine for [himself] and his bath attendant, and $400 for lawyer fees” (1919, 439). In his final appeal to the court, the lawyer for the New York County Medical Society said:

As this man Benedict Lust is concerned, I ask your honor to give him in addition to a heavy fine a long prison sentence, as he is the leader of these drugless impostors, has established a society of the so-called Nature doctors, and advocates in his magazines and other publications the open violation of the medical law. (Lust 1919, 439)

During this period, Francisca Bencecry became known as the hired sleuth who successfully entrapped innocent men and women practicing drugless therapies and who was instrumental in their frequently facing stiff sentences and penalties: “She was responsible for the arrests of over 800 NDs during a twelve-year period” (Kirchfeld and Boyle 1994, 188). After Lust’s entanglement with Bencecry, he quickly set pen to paper and took his fight to the next issue of The Naturopath and the Herald of Health (subsequently renamed Herald of Health and the Naturopath). He published the full story of his trial and was arrested afterward for criminal libel for the following sentences in that editorial:

A man or a woman who conducts a Nature Cure establishment, gives baths, massage and exercise is not committing a crime; the assistant or nurse who dispenses the bath and massage and exercise is not a criminal; but when the sleuth of the New York County Medical Society comes around, takes a bath, a crime has been committed. Who was the criminal? In every drugless case where this woman sleuth figured, she was the criminal. She is a disgrace to American womanhood and to the free soil America on which she trods. (1914, 439)

Lust and his colleagues challenged the courts that Mrs. Bencecry was a self-constituted authority exercising police powers. When the courts were unable to show the charter enabling such powers, the prosecutions against NDs and chiropractors declined dramatically.

In 1922, the American Naturopathic Association celebrated its 26th convention, and with it Lust sang the praises of the nature cure movement:

[It] will come into its full glory, will light in the darkest corners of official medical pseudo science, quackery, cruelty to man and animal. The fetters of compulsory blood polluting [vaccinations] will break official medicine and make it a thing of the past. Our bodies and souls will come into their natural rights and future generations will exonerate the Naturopaths from superstition of the dark age of our day. (1922b, 581)

Today, a full century after Flexner’s document ramped up the persecutions of NDs all over America, the struggle that Lust and his colleagues began continues. Today, “our practitioners can enjoy the privilege of unmolested practice and this was bought with great sacrifices and personal expense” (Lust 1922b, 581). The vision that Lust had in 1922, as the American Naturopathic Association prepared for its 26th convention, is a testament we should revisit often. It will remind us again, as if for the first time, that naturopathy is strong enough to weather the storm of our detractors, from the persecution of the past with its fines, jail terms and public derision, to the efforts of the American Medical Association in our time to limit the growth of our medicine.

Sussanna Czeranko, ND, BBE, is a faculty member working as the Rare Books Curator at National College of Natural Medicine. She is currently compiling several books based on the journals published by Benedict Lust. In addition to her work in balneotherapy, she is the founder of the Buteyko Breathing Academy, a training program for NDs to incorporate a scientific model of breathing therapy called Buteyko into their practice.

Lust, Benedict. “Naturopathic Legislation Series, Brief 1: Reasons for Passing of a Naturopathic Law.” Naturopath and the Herald of Health. 19 (3), 1914. 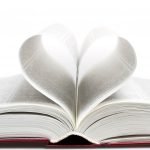 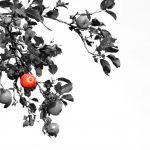