Homeopathy for Autism and Gastrointestinal Distress

Many children with an autism spectrum disorder diagnosis suffer from severe gastrointestinal (GI) symptoms, including pain; in many of them, this may even contribute to or be the root cause of their developmental delays in speech and socialization. Homeopathy offers an effective, safe, and gentle way to address these GI disorders with remedies targeting very specific patterns of symptoms.

Because it can be difficult or impossible to get a detailed description of pains or other symptoms from a child on the autism spectrum disorder, I resort to other case-taking methods focused on the parents. The most valuable is having the parents close their eyes and visualize their child in pain, imagining the child’s posture, the sounds he or she makes, what makes the child better, and what makes the child worse. In most cases, and often to their surprise, the empathy of the parents allows for very insightful descriptions of the pain such as twisting, stabbing, squeezing, or even detailed analogies. Often, the type of symptoms the child experiences has some overlap with GI symptoms of the parent, usually the mother. I always ask mothers if they have or have had any history of food allergies, irritable bowel syndrome, Crohn disease, or other GI distress or pain, especially during the pregnancy. If so, a detailed investigation of the sensations of the mother’s GI pains or other symptoms will often help point to a remedy for the child if there is significant overlap.

Effective remedies that I have prescribed constitutionally for children with autism spectrum disorder whose main complaint revolves around GI disorders include Euphorbium, Dioscorea, Colocynthis, Chelidonium, Podophyllum, China, Cina, and Nux vomica. In most cases, I begin by dosing a 30C potency every few days and eventually move up to 200C, 1M, or even 10M potencies.

The differential diagnosis for GI pain sensations includes the following:

Euphorbium: Burninglike fire in the abdomen and stomach. Tied or bound-up sensation, with a desire to break free.

Dioscorea: Colic, which is better when bending backward, moving, or walking about. Twisting sensations and sharp, cutting pains in bowels.

Colocynthis: Violent cutting, stabbing, and tearing pains. Sensation of fullness in the epigastric region. Pain in the stomach, with toothache or headache.

Chelidonium: Nausea and bilious vomiting, with sick headaches. Sensations of heat or coldness in the stomach, as if a plug is in the stomach. Qualmishness, which is better after belching.

Podophyllum: Rumbling and shifting of flatus in the ascending colon, which the patient rubs for relief. Colic in the abdomen with cramplike knots, which is improved by flexing the limbs.

Cina: Colic with cutting, pinching pains; may be associated with worms. Can be accompanied by bed-wetting, teeth-grinding, or itchy anus.

Nux vomica: Empty feeling in the stomach, followed by dyspepsia. Heartburn with irritability. Nausea and vomiting every morning.

Amy is a 6-year-old girl with autism and PANDAS (pediatric autoimmune neuropsychiatric disorders associated with streptococcal infections). According to her mother, she has always had trouble since the day she was born; she could not even get comfortable in utero. Her diagnosis was given at 26 months because she would not let anyone touch her, made no eye contact, and would flip through books for hours at a time. Over the years, she made some progress with speech and occupational therapy and with Defeat Autism Now (DAN) therapy.

At the time of her consultation, Amy was in an autism classroom but is very bright; she can read and write and has become more verbal. She still has a lot of sensory issues such as spinning when her body feels overwhelmed and is still quite socially limited. She gets bouts of diarrhea that are either yellow or black. She has issues with potty training and still wears a diaper. Sometimes, she will sit on the potty and just scream; it is hard to tell if she feels the urge to have a bowel movement or not. She also vomits, but instead of saying “I’m gonna throw up,” she switches it and says, “I‘m gonna throw down.”

Her mother describes Amy’s pain: “She is trying to push her belly away; it hurts, and she is twisting to get into a comfortable position, throwing her head back and belly out and screaming at the top of her lungs. It feels like she is stuck, stuck in her body with the pain; if I keep pushing, maybe it will get the pain out; everything feels like a jumble of knots.”

Her mother has a history of irritable bowel syndrome as well. She says that when her sister died her stomach was in such knots that people could hear the gurgling very loudly. Her irritable bowel syndrome feels like there is too much air in the stomach and that it could explode. As a result, the mother would avoid going in public for fear of having a bowel accident in front of other people. She would get diarrhea in the evenings when she got home from work.

Amy is prescribed Podophyllum. The starting dosage is 30C twice a week.

One month later, Amy’s stools are better formed, she is a little clearer in speech and more interactive, and has fewer tantrums. Three months later, we move up to Podophyllum 200C once a week; as a result, she potty trains herself successfully, and her stools have completely normalized. Six months after regular dosing of Podophyllum, her mother states, “She is doing great; she is more engaged, more with us in general, and talking more, socializing more…. Nothing is really holding her back.”

Jaya is a nonverbal 5-year-old girl with an autism diagnosis whose parents immigrated to New York City from Tibet. Her mother says, “She was always throwing up when she was born, sometimes so much her nose would clog and she couldn’t breathe. She would cry for hours like someone was beating her; she was in so much pain.” Jaya did not crawl a lot, and eye contact stopped at 1½ years old after a series of ear infections. She is constipated all the time; stool has to be pulled out. She is still in diapers. She has had minimal reaction to speech therapy and DAN protocols. She is very restless in her body and constantly wants to be in a swing or stroller. Jaya is always climbing onto tables and chairs. She also has very itchy rashes, with sandpaperlike skin.

Her mother says that during her pregnancy she had a bowel obstruction that was really intense. She went 4 to 5 times to the emergency department, and they gave her painkillers for it. She said it felt “heavy and twisting; I was bending over, stretching myself, squeezing my tummy, twisting side to side. It felt like a heartbeat pumping.”

She says, “I came to this country, a dream country, with nothing; it was really stressful. I didn’t have money and was worried how I would support the baby. I worked as a cashier in a deli, and the boss would yell at me like a little kid in front of the customer. I was scared to work for him. We had bedbugs in the house and roaches, so I spent half the day killing bugs. I was stuck in a very bad place.”

Jaya is prescribed Dioscorea. The starting dosage is 30C twice a week.

Dioscorea was given primarily based on the description of the pain. This remedy is in the “malarial miasm,” which is described by Rajan Sankaran as a feeling of “stuck, feeling persecuted, with intermittent colic.” Other GI remedies such as Cina, Colocynthis, and Podophyllum also fit this miasm. Within the first month, all of Jaya’s GI pain stopped. The mother says, “Her poop is better, she is not jumping and climbing, she is more calm, and she plays with her toys more properly now. Her eye contact is much better.” Her rash had worsened, however, so a few doses of Psorinum were given based partly on the mother’s own fear of poverty and the skin symptoms, which cleared up nicely. Jaya continued to take Dioscorea in a series of increasing potencies, with improvement in speech and socialization.

In many autism spectrum disorder cases where GI distress is severe, developmental delays in speech and socialization may be unblocked once the severe GI pain and symptoms are healed. In these patients, addressing the gut may be the highest priority, and homeopathic prescriptions can uniquely capture specific pain sensations and other identifying features. The resolving clue to the disharmony in the child’s GI disturbance may come from the mother’s own physical and emotional health history. A well-chosen remedy may allow these children to feel comfortable and happy in their bodies, sometimes for the first time in their lives, and the benefit often ripples across all their autism spectrum disorder symptoms. 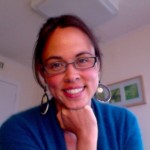 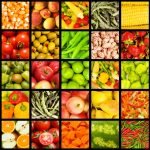 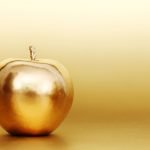