Chromotherapy, Let There Be Light

In 1672 Sir Isaac Newton published his theory that the ordinary white light of the sun consists of different colors, each possessing a different degree of refrangibility.

Color is Life – Life is Color, the vibrating, vitalic, vitaminic energy manifest in all animal, mineral and vegetable nature. When a fruit or vegetable has lost its Color, it has lost its efficacy.

Chromopathy is the science of treatment by color, of the many, but not all of the ailments flesh and mind is subject to. The only school of healing that accepted this form of treatment of disease is the Naturopathic school.

We cannot ignore the importance of color in therapy, just as we cannot dismiss the positive effect that a colorful bouquet of flowers has on our well-being. Color therapy, or chromotherapy, was seriously embraced by the early naturopaths to treat a wide range of diseases. Color therapy involved prescriptions and considerations so that the practitioner would do no harm. According to our early naturopathic doctors, almost every part of the body or disease condition could benefit from chromotherapy. Many considered chromotherapy to be scientifically superior and more natural than medications, but also capable of harm if applied without knowledgeable expertise (Stevens, 1938, p. 7). 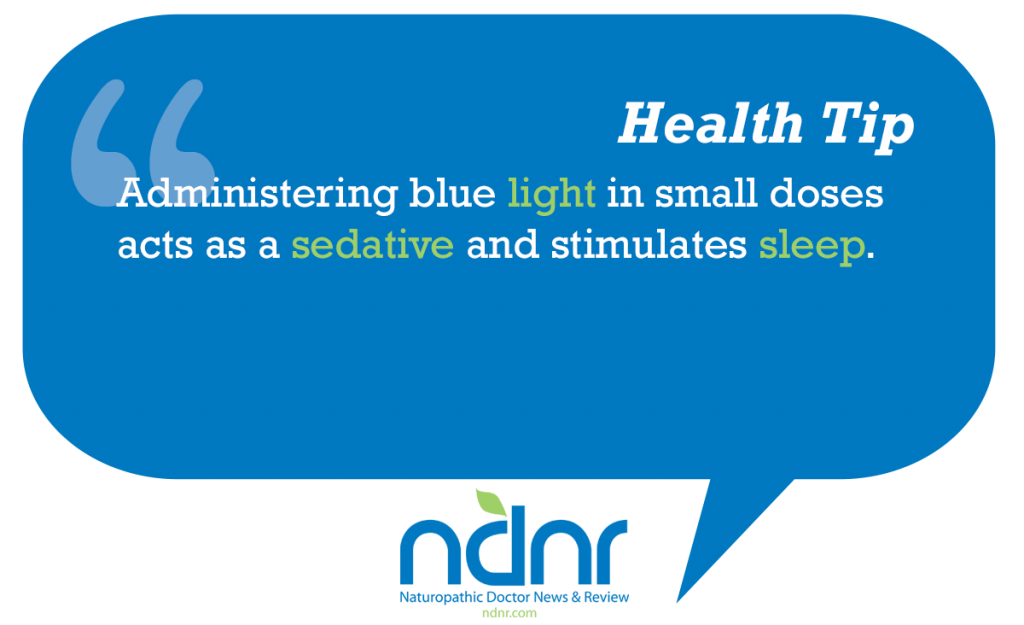 At certain points in those early years, color therapy seemed the new panacea or the new miracle. Numerous books were written on chromotherapy that gave readers the tools to apply it in clinical practice. Colville was confident that knowledge plus continuous clinical experience would “… surely prove that a system of Color Treatment based on fundamental principles discoverable in Nature will prove immeasurably more beneficially effective than any method left to private fancy…” (Colville, 1914, p. 49). The enthusiasm for chromotherapy was well suited for the early 20th-century naturopaths because of its natural qualities.

One such pioneering author, Dr. E. Babbitt (1828-1905), embodied an eclectic combination of scientist, mystic, physician, artist, and essayist who delved into the mysteries of ancient philosophy and modern science (Birren, 1950, p. 54). He founded his own medical practice “upon startling and novel theories of the efficacy of Light and Color…“ (Colville, 1914, p.14). His first book on the subject, The Principles of Light and Color, initially published in 1878 “had astounding impact, caused a furore in medical circles and established Edwin D. Babbitt as one of the miracle men of his day and for many decades to follow” (Babbitt, 1967, p. vii). His book is still available online as a Google e-book. Another contemporary, Dr. Seth Pancoast, brought out Blue and Red Light in 1877 which influenced Babbitt and all who followed him.

The therapeutic agent that the chromotherapists were interested in was colored light. As Ernest explained, “Light whirls through space with a velocity of about 186,000 miles per second. It is energy measured by octaves. On the 49th octave alone it is visible to the human eye as color. Below and above that octave it manifests as ‘radiant energy’” (Ernest, 1937, p. 109). While modern medicine disdains color therapy, the orthodox allopathic profession has no problem using almost exclusively light frequencies invisible to the eye such as x-rays, radiation, infrared, ultraviolet, etc. Chromotherapy was defined as the treatment of disease using radiant color while heliotherapy was defined as “the sun cure” (Newman Dorland, 1939, p. 404). Today, heliotherapy has a more comprehensive definition that includes any artificial source of ultraviolet, visible, or infrared radiation for therapeutic purposes.

Although chromotherapy was experiencing a renaissance in the mid and late 19th century, the literature shows that early naturopaths did not pay attention until the middle of the first decade of the 20th century. Chromotherapy articles were introduced into Benedict Lust’s journals frequently along with ads of various chromo lamps.

Therapeutic lamps were classified into 3 groups:

The Arc lamp, related to contemporary full-spectrum light sources, was praised for duplicating sunlight, which was considered “not only the best sterilizing, disinfecting and hygienic agent we have, but also one of the best means of restoring functional activity. Combining the Arc light with color enhanced the clinical outcomes” (Nelson, 1918, p. 470).

The materials of the screens or shades used to create color each had its advantages and disadvantages. Colored glass, used as the media through which light was radiated, broke easily and the exact colors were difficult to create. Whereas silks, linens and parchments were considered to be the best materials because they gave a “softness to the light that glass never can” (White, 1921, p. 182).

Another method of prescribing color therapy was using color infused oils. The oils used included mustard, linseed, sesame, and ghee. These oils would be exposed to a particular color for a period of time and rubbed on the body. Waters macerated with herbs such as cumin, cardamom and basil were also infused with color lights (Kipnis, 1929, p. 239). Babbitt delved into the esoteric realm of alchemy and attributed color qualities to medicinal plants and medicaments. With his deep interest in alchemy, Babbitt classified medicinal plants according to their associated color.

The Octave of Color Wave

Ernest reminds us that “color is a property of light, just as pitch is a property of sound” (Ernest, 1937, p. 109). The colors used in treatments consisted of many shades of colors and their application involved often more than one color, such as a few for severe illnesses such as a fractured bone. The colors that resulted in the greatest “relief of pain were the yellow and green, though, at times, the blue relieved tensions and headaches.” (Stevens, 1938, p. 70) The green energy helped to knit fractures. (Stevens, 1938, p. 70)

Pancoast had outlined in the late 19th century that “the Red ray awakens all the dormant Vitality in the Nervous System…” (Pancoast, 1883, p. 271). He went on to explain that “…if applied in excess, either as to amount or time, the Red Light over-excites the Nervous System and may produce dangerous Fevers or other disorders.…We seldom employ Red Light to the exclusion of the other rays…it may be well at first to try alternate panes of Red and plain glass;…the bath should not extend beyond a couple of hours” (Pancoast, 1883, p. 271).

DeJarnette built on these recommendations a half-century later. He wrote, “Red is a sensory nerve stimulant; caustic; brain excitant; blood builder in extreme anemias” (DeJarnette, 1941, p. 19). Earlier, Nelson had pointed out, “smallpox patients put in rooms with red windows and red wallpaper [and] light treatments prevented pus formation and scarring” (Nelson, 1918, p. 473). Babbit, a contemporary of DeJarnette, wrote that “Red light…prove[s] valuable in paralysis and other dormant and chronic conditions” (Babbitt, 1896, p. 282). In fact, red was used by Babbitt “for very hard tumors, though red-purple is generally best” and this color combination was applied for chronic rheumatism (Babbitt, 1896, p. 349).

Dr. George Starr White used red to treat “tuberculosis, paralysis, [physical] exhaustion, anemia and all debilitated conditions. A melancholic person requires red light” (White, 1924, p. 544). However, early naturopaths were well aware of the admonition that red was injurious when there was too much inflammation (Babbitt, 1896, p. 284).

Babbitt writes, “yellow is the central principle of nerve stimulus as well as the exciting principle of the brain…” (1896, p. 286). He goes on to say, “Yellow is especially predominant in laxatives and purgatives, and combined with a fair amount of red or orange, forms the leading element in Cerebral Stimulants, Emetics, Diuretics, Diaphoretics, Tonics, Rubefacients, Emmenagogues, etc…” (1896, p. 375). White later contended, “yellow and orange are nerve stimulants and are valuable in constipation, impaired digestion and many pelvic conditions peculiar to women” (1924, pp. 545-546), and yellow is not indicated for “Delirium, Diarrhea, Sleeplessness, etc.,…” (Babbitt, 1896, p. 375). Stevens valued orange-yellow to help “remove congestions of the bowels” (Stevens, 1938, p. 58).

The shade of green determined its specific therapeutic outcomes. The naturopaths of the early 20th century had decided that dark greens tended to depress, but that true green had a quieting and soothing effect upon the nerves and body and that some greens acted as stimulants (White, 1924, p. 547). DeJarnette saw green as harmonizing and producing “the phenomena of PHYSICALOGICAL STABILIZATION” (DeJarnette, 1941, p. 21).

Pancoast wrote that the action of blue was “as pronounced in reducing, as that of Red is in producing, Nervous excitement. If administered in small doses, say through a proportion of one Blue to four plain panes, it acts as a gentle sedative, creating a disposition to sleep, but as soon as this effect is reached the [blue light] bath should cease” (Pancoast, 1883, p. 272). Babbitt described blue and violet as nervines, astringents, refrigerents, febrifuges and sedatives” (Babbitt, 1896, p. 298). He also wrote of blue that it was “very soothing to all systems in which inflammatory and nervous conditions predominate” (Babbitt, 1896, p. 298). Dr. Pancoast says that administering blue light in small doses acts as a sedative and stimulates sleep (Babbitt, 1896, p. 321). Purple was good for indigestion, while blue-purple was indicated for “too much heat and fermentation or gases in the stomach”, and red-purple was best for a dormant stomach (Babbitt, 1896, p. 349).

Babbitt’s second edition of The Principles of Light and Color used “paper made with a bluish white including a violet tinge.” “This lavender tint”, he stated, was “soothing to the nerves of the eye without having a cold appearance” (Babbitt, 1896, p. viii). “Blue and Violet are contra-indicated in dormant, cold conditions, such as paralysis and many chronic diseases” (Babbitt, 1896, p. 375).

Pure sunlight as nature gives it to us, is of course far more desirable for human beings than any one color of sunlight, for in this we get all colors and all potencies combined. Our early naturopathic doctors generally felt that the use of individual or combination colors added range and depth to the mysteries of chromotherapy. In this regard, Babbitt’s book is overflowing with scientific and mathematical calculations, plus impressive cures described in hundreds of case studies that Babbitt had collected. Dr. Pancoast’s contributions to chromotherapy were best seen in his thorough exegesis on blue and red light. His books set the essential protocols, which endured for decades.

The following case illustrates the curative power of chromotherapy:

Mrs. L., a widow, aged 32, had been a severe sufferer, for several, years from sciatica, with extreme tenderness in the lumbar region. We instructed her to sit daily for about two hours in a bath of all Blue panes, with her back bared to the Light. After the third sitting, the tenderness along her spine was almost entirely gone, while the distress and pain in her hips sensibly abated. This treatment continued but for ten days, when all symptoms had disappeared (Pancoast, 1883, pp. 274-275).

Pancoast advocated enthusiastically for chromotherapy, writing “In closing this chapter, we must reiterate our declaration that we firmly believe and earnestly hope that SUNLIGHT and its rays are destined to become the UNIVERSAL MEDICINE” (Pancoast, 1883, p. 282). 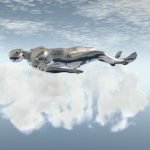 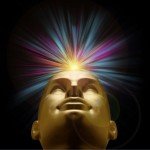