Dementia: Depression as a Risk Factor

The “Baby Boomer” generation, defined as people born between 1946 and 1964, is a demographic cohort consisting of 76 million people around the globe born during post-World War II (WWII).1 A baby boom is a sudden rise in the number of births observed from year to year. On the heels of WWII, births rose sharply. In Canada, for example, the number of annual births increased by 15% between 1945 and 1946.2 In 2020, this large cohort entered the ages of 74 and older – a scenario that is challenging the demand for long-term residential facilities and chronic care treatments. One of these conditions seeing a drastic increase in prevalence is dementia.

Dementia is a broad umbrella term encompassing specific disorders with a similar symptom picture. Dementia is more than the classic memory problems we tend to think of; it also often involves impairments in language, problem-solving, executive functions, arithmetic, and other cognitive processes performed in the course of one’s daily living activities. One of the most common types of dementia associated with older adults is Alzheimer’s disease.

Several longitudinal and cross-sectional studies suggest that depression is a risk factor, prodrome, consequence, and/or independent comorbidity in Alzheimer’s disease (AD).3 The presence of depression in AD is also recognized to affect patient outcomes and compliance.3,4 This article explores the association between depression and dementia.

Depression, or major depressive disorder, is defined by the DSM-5 by the following criteria: 1) Depressed mood most of the day, nearly every day; 2) diminished interest or pleasure in most, if not all, activities; 3) significant weight loss when not exhibiting an effort to diet; or weight gain; or decrease or increase in appetite; 4) a slowing down of thought and reduction of physical movement; 5) fatigue; 6) feelings of worthlessness; 7) a lack of concentration or focus; and 8) suicidal ideation.5 An individual must experience 5 or more of these symptoms within 2 weeks, with 1 of the symptoms being either depressed mood or loss of interest or pleasure.5

Depression is common throughout life, while dementia is most common in late life.4 Studies indicate an association between depression and dementia; however, the timing of depression onset may be important in defining the nature of this relationship.4

Specifically, the occurrence of depressive symptoms earlier in life, such as during adolescence or young adulthood, have more consistently shown a correlation with dementia compared to symptoms of depression later in life.3,4,6 In some studies, having a depressive event in early life was associated with at least a 2-fold increase in the risk of dementia.4

In a longitudinal study conducted by Saczynski et al, 949 original participants of the Framingham Heart Study (mean age of 79, and 63.6% female) were assessed for depressive symptoms using the Center for Epidemiologic Studies Depression Scale (CES-D).8 In the 17-year follow-up period, 21.6% of participants who were depressed at baseline developed dementia, as compared to 16.6% of those who were not depressed at baseline.

Finally, in a systematic review of 10 studies published between 1990 and 2014, the odds ratio for a person with a history of depression developing dementia ranged from 1.72 to 3.59.6

Signs of inflammation, such as elevated C-reactive protein, are often evident in patients with depression, including those who appear healthy.10 Neuroinflammation, or inflammation in the brain, has been observed in several disorders, such as psychosis and multiple sclerosis.11 Neuroinflammation is now known to also play a potential role in both depression and dementia.4,11 In several studies, elevated concentrations of proinflammatory cytokines have been observed in patients with major depression, possibly a result of the effects of chronic stress on immune function.12 Although glucocorticoids are known to inhibit inflammation, chronic exposure to these adrenal steroids can have the opposite effect.13 Meanwhile, chronic exposure to glucocorticoids or inflammation can compromise neuronal health, synaptic function, and neurogenesis in the hippocampus (leading to hippocampal atrophy14), and contribute to impaired cognition.13 A growing body of literature demonstrates the significant role of inflammation in AD pathophysiology.15-17

Inflammation and increased risk of AD has been linked to carriage of the apolipoprotein E4 (ApoE4) allele.9 A prospective study examining a possible effect of ApoE4 on the link between dementia and depression in elderly men found that depression was significantly associated with a 7-fold increased risk of dementia over 6 years, but only when considered together with the presence of ApoE4.18 In other words, individuals with both depressive symptoms and the ApoE4 allele have a markedly increased risk of dementia.18 This study did not quantify this risk in terms of having 1 vs 2 copies of the ApoE4 allele. Although the association between ApoE4 and accelerated deposition of amyloid in AD development is consistently cited in the literature, findings supporting a link between ApoE4 and depression are less consistent.18

Another proposed mechanism for the correlation between dementia and depression is deficits of nerve growth factors. Brain-derived neurotrophic factor (BDNF) is an example.4 BDNF is recognized as critical to neuroplasticity and neuronal health.4,19 Given that inflammation can reduce BDNF gene expression in the brain,19 and both inflammation and low BDNF appear to contribute to depression,19 this may be one of the mechanisms by which neuroinflammation adversely impacts brain function. The relationship between BDNF alterations and dementia is an ongoing subject of investigation in both human and animal studies.20

So, what should be done with patients, given these findings? Importantly, patients presenting with mild cognitive decline should be screened for any history of depression. Depression may not be a prodrome or risk factor for dementia in every patient; however, considering the similar pathophysiology between the 2 disorders, any existing depression may still alter the quality of life of the patient as well as speed the rate of cognitive decline. Even with no evidence of cognitive decline, individuals entering middle or later age should ideally be screened for history or current symptoms of depression and be treated accordingly in order to mitigate the risk of developing dementia later in life. Patients should also ideally be genetically screened for APOE.

Patients with clinical evidence of inflammation, in particular, should be given recommendations for a healthy anti-inflammatory diet, exercise, and supplementation.10 There are, of course, many naturopathic agents and approaches for reducing inflammation. The well-known anti-inflammatory agent, Curcuma longa (curcumin), has also been shown to be effective in the treatment of major depression21 as well as prevention of AD.22 Studies have also shown that regular physical activity can increase levels of BDNF in the brain.23

Research to date has established a clear link between a history of depression and increased risk of cognitive decline later in life, and thus offers a sound rationale for screening all patients for depression. Nonetheless, it is likely not that simple. There are still many questions to investigate, such as whether there is a difference in risk between individuals who have been treated for depression in early life compared to those who were not clinically treated; also what constitutes the best screening tools for assessing dementia risk. Along with methods of screening for depression, naturopathic doctors and other clinicians should diligently evaluate older adults for systemic inflammation, chronic stress, and cardiovascular disease, as well as assess their patients’ cognition via existing screen tools such as the Montreal Cognitive Assessment (MoCA), Mini-Mental State Exam (MMSE), and the Mini-Cog.

Romi Fung, ND, MSc is a naturopathic physician practicing in Richmond, BC. He studied at the Canadian College of Naturopathic Medicine. Dr Fung helps patients living with dementia improve their quality of life by using an integrative and functional approach. While in practice, Dr Fung is currently pursuing a PhD in Aging and Health at Queen’s University. He is also an adjunct clinical faculty member at the Boucher Institute of Naturopathic Medicine. 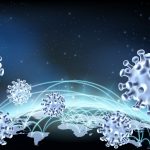 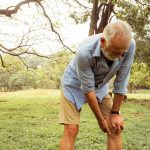