Studying homeopathic materia medica can seem like spending time playing video games: You think you’re making it to the next level, but really it’s only a fantasy. Well, get just one severe case of infectious disease while it’s hot, and life will change all that. The key notes will come fast and furious, and can blow the control pad right out of your hands.

Agnes was one of those. Most of us NDs get pretty smug about our healing abilities as long as we know that the most urgent and severe cases go to the emergency room first. I guess Agnes was an escapee. She was 82 years of tough old bird and a real force to be reckoned with. Deep lines in her face, slender and with a very determined look, her appearance was reminiscent of Granny on the “Beverly Hillbillies.”

My receptionist escorted Agnes in and introduced us. She looked at me with piercing eyes and a brief smile. After the niceties, I settled back in the chair and began to examine the intake form. I didn’t make it much past the first complaint when my mind flipped into anxiety. It read “gangrene.” After looking up, I was quickly put in my place: Yes, she had seen the doctors, and no, she wasn’t going back because she would rather die than lose her foot. Death did not scare her at all. The foot’s coloring was definitely on the black side.

How could I not take the case before authoritatively sending her back to the hospital? It was surprisingly brief. This lady was a chain smoker and had been for some decades. She promised to quit if only we could get rid of the pain and hopefully save the foot. Of course, her foot was getting worse quickly. The pain robbed her of any decent sleep. I uttered the magic words, ”tell me all about that.” In response came: ”It’s horrible … the burning … It wakes me up between one and two a.m. every night. I am forced to pace with the pains and the horrible anxiety. The only bit of help comes from applying heat.”

Most of us would immediately recognize these keynotes to Arsenicum album. I gave no promises, said the foot might very well need to come off and made the risks evident. Then I gave Arsenicum 10m – one dose right then and several to take for nighttime when awoken from pain.

The burning, restlessness and duration of waking diminished steadily until it was mostly gone by the end of the first week. She checked in every three days to the cessation of symptoms. It was one or two months after that when Agnes proudly presented a lovely, pink foot.

George‘s case is far less dramatic. He works with computers. Some months ago, while taking a kayaking course at a local pool, he developed a chronic sinusitis. As part of the course, he was obliged to turn the boat upside down and stay underwater for 10 seconds. At that point he took on a snoot full of pool water. Shortly afterward he began to notice a heaviness in the right ear region. In conjunction there developed a heat in the forehead and throat. These were the most discernable features of a very persistent and bothersome head congestion. If this weren’t bad enough, this man – who was quite used to working out – found himself very tired every afternoon, peaking around 2 p.m. On weekends after doing the grocery shopping and being out in the afternoon for just a bit, he would come back home and need a nap. On exertion, quite unlike his usual self, he would easily break into a sweat. He responded temporarily to repeated rounds of antibiotics but was frustrated with the lack of increased duration of response after some five prescriptions. His even moods had not changed, and despite an effort at verbally browbeating more of a case out of him, it was to no avail.

What attracts attention in this case is the concomitance of symptoms in head discomfort: The heat and heaviness. Both were quite marked and consistent features of the illness. In Synthesis repertory we have the rubric under “Head; heat accompanied by heaviness.” In the Complete 4.5 Repertory there is the rubric “heaviness of the head during heat.” When we consider these rubrics along with the 2 p.m. aggravation and in view of the easy perspiration, Calcarea carb seems very indicated. Calc 200 was given, and so far (three weeks later) there is no heat or heaviness, and overall more than 50% improvement in the head symptoms. Within a few days, the weakness and easy sweat had vanished. The patient is still confused about how one tiny dose could do that. 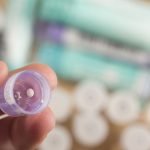 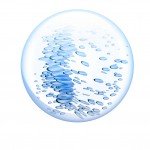