In 2008, a 38-year-old white male called my office wondering if I could help prevent him from getting an appendectomy the next morning. I told him probably not, but that I could help him recover faster from the surgery. He readily agreed and came right in to the office. It turns out that earlier that day he had gone into the emergency room with sharp abdominal pain, was diagnosed with appendicitis, and was immediately prepped for surgery. After a PICC line was put in, he told the nurse that he had to leave the hospital for a very important meeting and that he would return the next day for the surgery. Despite the objections of a few nurses and 1 ER doctor, he left the hospital and went to his urgent business meeting, after which he called me and came into my office. The following is the protocol that I used on him: 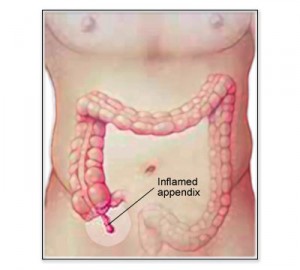 He was in my office for about 2 ½ hours. (I did the IV and constitutional hydrotherapy at the same time.) I told him to let me know how the surgery went and to come back in for post-treatment. I did not hear from the patient the next day at all. So, on the morning after his scheduled surgery, I called him to see how it went. He informed me that he was doing great and had felt better within hours after receiving the protocol I administered to him. He did go back to the hospital the next day and told them that he felt great and wanted to be reassessed before any surgery, to determine if it was even necessary. After a complete assessment, including imaging, it was determined that surgery was no longer needed. His PICC line was removed and he left the hospital in time for another important business meeting. He has never since had a relapse and, to this day, still has his appendix.

In the 5 years since that time, I have had a total of 6 other patients come into my office with appendicitis. In each case I told them that they would probably still need to go through the surgery but that the above protocol could help them to recover faster. Four of those patients had complete resolution of symptoms within a few hours of the treatment, and all still have their appendix, with no relapse of symptoms since that time. In one case, the patient already had a ruptured appendix prior to coming into my office and I referred her to the ER 2 hours after treating her. By the next afternoon she was fully recovered and reengaged in her busy schedule. The last case was probably the mildest case of appendicitis that I have seen. After completing the above protocol, I sent her directly to the ER for an appendectomy because the patient was so mentally and emotionally unsettled, that she needed to go through with the surgery. She was fully recovered and back to work within 24 hours.

As I told each patient and as I learned in school, appendicitis is a trip to the hospital for a surgical procedure. I will continue to stress this with any future cases that I see, but now I know, as I always have, that naturopathic medicine is a powerful form of medicine. I am grateful for surgeons that have the skills to be able to do surgeries such as appendectomies, and I am grateful for naturopathic doctors who taught me to trust the medicine. Thanks to all of my mentors.

Joe Holcomb, ND graduated from SCNM and completed a residency through NCNM. He has been in private practice in Southern Utah since completing his training. Dr Joe is passionate about the heart of naturopathic medicine. “It’s All Good Medicine.” 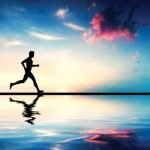 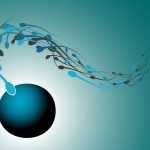