Arginine and Citrulline: A Review of Their Safety and Efficacy for Erectile Dysfunction & Beyond

Arginine is a semi-essential amino acid involved in numerous biochemical pathways in the human body. It has functions in the immune system, and is also required for ammonia metabolism and the secretion of certain hormones. Arginine is well-known as a biochemical precursor to nitric oxide (NO), which is a functional part of endothelial-derived relaxing factor (EDRF). Because of arginine’s NO-stimulating and other effects, it is used as both a drug and supplement for several cardiovascular indications, most notably angina pectoris, congestive heart failure, hypertension, coronary heart disease, preeclampsia, intermittent claudication, and erectile dysfunction (ED). In addition, arginine has been studied in the treatment of HIV/AIDS, athletic performance, burns and trauma, cancer, diabetes and syndrome X (metabolic syndrome), gastrointestinal diseases, male and female infertility, interstitial cystitis, immunomodulation, and senile dementia.1 When taken in conjunction with omega-3 fatty acids, supplemental arginine has been shown to promote weight gain in patients with HIV.2

Citrulline was first identified and isolated from the juice of the watermelon (Citrullus vulgaris).3 This amino acid initially attracted little interest because it is a non-protein amino acid that was considered solely an intermediate metabolite in the formation of urea.4,5 However, newer research has accumulated because of its unusual metabolism.6 Citrulline is a non-essential amino acid, donor of arginine and NO, and (similar to glutamine) a conditionally-essential amino acid in intestinal pathology. Its major pharmacological actions include: antioxidant; vasodilatory; decreasing leukocyte migration; restoring nitrogen balance and increasing muscle protein content as well as muscle protein synthesis; improving endothelial dysfunction; increasing argininosuccinate synthase expression in cancer cells; and preserving anti-inflammatory mediator response (in sepsis).7

In mammals, arginine is synthesized from glutamine in a multi-step metabolic conversion process.8 In adults, most endogenous arginine is derived from citrulline, a by-product of glutamine metabolism in the gut or liver. Citrulline is released into the circulation and taken up primarily by the kidney for conversion into arginine.9 Oral arginine taken as a supplement is readily absorbed.10 About half of ingested arginine is rapidly converted in the body to ornithine, primarily by the enzyme arginase.11 Besides its best-known role as a precursor for NO, arginine is also a precursor for the synthesis of proteins, urea, creatine, and agmatine.12

Citrulline acts as an arginine precursor in NO synthesis13 and plays an important part in NO metabolism and regulation.14 Citrulline possesses a highly specific metabolism that bypasses splanchnic extraction because it is not used by the intestine or taken up by the liver. It may be a conditionally-essential amino acid in situations where intestinal function is compromised. In fact, citrulline is thought to play a pivotal role in maintaining protein homeostasis, and should be considered in nutritional strategies for malnourished patients with compromised intestinal function.4

Numerous studies have shown that acute and chronic supplemental L-arginine improves endothelial nitric oxide bioactivity.15 Arginine supplementation has been effective in the treatment of angina in some, but not all, clinical trials. In an uncontrolled trial, 7 of 10 people with intractable angina improved dramatically after taking 9 g of arginine per day for 3 months.16 It has been shown to improve exercise efficiency and exercise tolerance in healthy humans.17 Administration of L-arginine and L-citrulline to patients with heart failure improved right ventricular function by increasing right ventricular ejection fraction, and probably also by decreasing systolic pulmonary artery pressure.18 A week of treatment with 2.64 g of lysine and 2.64 g of arginine per day reduced trait and stress-induced state anxiety, as well as basal cortisol levels in healthy humans with stress and anxiety.19 Arginine may be useful in patients with ischemic myocardial syndromes. Administration of 3 g per day for 15 days resulted in increased activity of superoxide dismutase (SOD) and an increase in the levels of total thiols (T-SH) and ascorbic acid with concomitant decrease in lipid peroxidation, carbonyl content, serum cholesterol, and the activity of the pro-oxidant enzyme, xanthine oxidase.20 Arginine appears to upregulate immune function and reduce the incidence of post-operative infection. Supplementation with 30 g per day for 3 days significantly enhanced natural killer (NK) cell activity, lymphokine-activated killer cell cytotoxicity, and lymphocyte mitogenic reactivity in patients with locally advanced breast cancer.21

Most researchers using arginine for erectile dysfunction have studied it in combination with other ingredients, such as pycnogenol,22-25 yohimbine,26,27 or adenosine monophosphate.28 Only a few studies have looked at arginine by itself for erectile function. In a small, uncontrolled trial, men were given 2.8 g of arginine per day for 2 weeks. Forty percent of the men in the treatment group experienced improvement, compared to none in the placebo group.29 In a double-blind trial, men with erectile concerns took 5 g of arginine per day or a matching placebo for 6 weeks.30 Nine of 29 (31%) patients taking L-arginine reported a significant subjective improvement in sexual function. All 9 patients treated with L-arginine and who had subjectively improved sexual performance had an initially low urinary NO, and this level had doubled at the end of the study. Men given just 500 mg TID in another trial experienced no better improvement than placebo.31 These results suggest that higher doses may be needed, and that men with lower NO levels might benefit the most.

In a single blind, short-term study of men with ED (erection hardness score of 3 out of 4), L-citrulline was given at dose of 1.5 g per day for a month. It was concluded that citrulline was safe and psychologically well-accepted, and reported as very satisfying to the patients. Although less effective than phosphodiesterase type-5 enzyme inhibitors, L-citrulline supplementation was associated with an improvement in erection hardness score, from 3 to 4.33

Significant adverse effects have not been observed with arginine supplementation; however, long-term studies are needed to confirm its apparent safety. People with renal failure or hepatic disease may be unable to appropriately metabolize and excrete supplemental arginine and should be closely monitored when taking arginine supplements.

It has been postulated, on the basis of older in vitro data34 and anecdotal reporting, that arginine supplementation is contraindicated in persons with herpes infections (ie, cold sores, genital herpes). The assumption is that arginine might stimulate replication of the virus and/or provoke an outbreak; however, this caution has not been validated by controlled clinical trials.

Bronchoconstriction is reportedly inhibited by the formation of NO in the airways of asthmatic patients, and a bronchoprotective effect of NO in asthma has been proposed.35 Specifically, airway obstruction in asthma might be associated with endogenous NO deficiency caused by limited availability of NO synthase substrate (ie, arginine).

However, oral L-arginine (50 mg/kg body weight) in patients with asthma triggered by a histamine challenge produced only a marginal, statistically insignificant improvement of airway hyper-responsiveness to histamine.36 In fact, it is unclear whether NO acts as a protective or a stimulatory factor in airway hyper-responsiveness. Current data suggest modulating NO synthesis by giving oral L-arginine supplements has no significant benefit on airway response to exercise in asthmatic subjects,37 and may even induce bronchoconstriction when nebulized and inhaled.38 Until more is known, arginine should not be used to treat asthma.

Since polyamines act as growth factors for cancers, and arginine may stimulate polyamine synthesis, chronic administration of arginine in cancer patients should probably be avoided until information arises regarding the safety of this practice.

Short-term administration of citrulline is safe and well tolerated. No adverse effects were observed in healthy subjects that were given different loading doses of 2 g, 5 g, 10 g or 15 g.40 There is a dearth of reliable scientific data regarding its use in pregnancy and lactation. 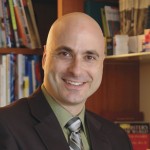 Jeremy Appleton, ND, has been a well-known writer and speaker on topics in natural medicine for nearly 20 years. A graduate of Reed College and the National College of Natural Medicine (NCNM), Dr Appleton has been on the faculty at NCNM and Bastyr University. He currently works as Director of Scientific Affairs for Nature’s Way brands (Nature’s Way, Enzymatic Therapy, Integrative Therapeutics, Boericke & Tafel, Wellesse) and lives in Portland, OR. 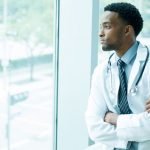 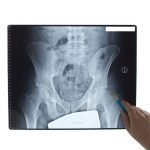