Charles, a man in his mid-50s, presented to my office in early 2018. He was tall, lean, and appeared to be in good physical condition.

“My wife has noticed a substantial curvature of my erect penis,” he said. Peyronie’s.

“My sex drive seems to have declined in the past year. I don’t react as quickly in the moment during sexual encounters. Erections aren’t as hard. It even seems that my penis is generally smaller. During sex, the head of my penis seems less sensitive, and yet there is premature ejaculation.”

Charles continued: “For the past year, my sleep hasn’t been refreshing. I sleep well but I’m still tired. People tell me I look tired. “Our son did move back home about a year ago, but that isn’t really a stress.

“Recently, I have been generally concerned. Normally, I am a relaxed person. I think a lot. I am approaching retirement. My peers are all retiring. I have been working 30 years. I wonder about what I’m going to do in the future. What’s next? There is anxiety. I feel a kind of agitation – a tension across my chest. It’s better if I keep busy and distract myself.”

Here are his responses to my various questions:

“I don’t show much emotion. I have a tendency to keep it inside.

“My parents are getting older, and I’m concerned that I will be left alone. I have no friends.

“In terms of temperature, I adapt well. I prefer it cooler. I sweat a lot from my armpits.

“I don’t have any particular food cravings. My eating is routine. I do have an aversion to textures – like anything slimy!

“My personality is one where I must show control. I’m not emotional and I don’t verbalize my anger.

“My concern is always centered on looking after my family.”

While studying the most indicated remedies in Hahnemann’s materia medica (per the TBR2 Repertory, edited by George Dimitriadis), I arrived at the results shown in Figure 1.

Although Natrum muriaticum was fifth in the list of remedies, it stood out to me as I further reviewed Hahnemann’s materia medica:

Sadness, solicitude and apprehension about the future; anxieties.

He sorrowfully torments himself, by continually looking for disagreeable ideas, which weakens him.

For hours, immersed in thoughts, as to what would become of him.

Anxiously solicitous about the future.

Little sexual impulse and during coitus, tardy emission of semen (after 13 days) For the first twelve days it excited the sexual impulse, the erections and the voluptuous thrill during coition, inordinately; but later on these diminished so much the more [referring to diminished sex drive].

Nat mur is among the first remedies to consider when the patient is overly concerned with his own state and future. This, in fact, is the patient’s chief complaint in the mental/emotional realm when he says, “I have been working 30 years. I wonder about what I’m going to do in the future. What’s next? There is anxiety. I feel a kind of agitation – a tension across my chest. It’s better if I keep busy and distract myself.”

Further confirmation of Nat mur is found in the patient’s tendency to keep his emotions inside. And, of course, there’s the characteristic aversion to slimy textures.

Charles reported that his erections were better but that he would still sometimes lose his erection to some degree during foreplay. Sensation seemed normal.

Stamina was better. He was perspiring less from his axillae. Tiredness was about the same.

Plan: Continue, but increase the dose: Natrum muriaticum 30C, 3 pellets once daily. Follow up in 8 weeks.

Charles reported that his sexual performance seemed OK. “I am not so much in need of sex,” he said.

“I am not sleeping as well. After 4 hours I wake to go to the washroom and can’t fall asleep again.

“I get very restless.

“I have been worrying about money a lot.

Considering the new symptoms, I decided to take another look in the TBR2 (see Figure 2).

Charles’ sleep was better. Sexual performance was better. His erections had improved. He felt more interest and was experiencing more emotional connection with his partner.

“I do wake up around 3 AM, and half the time it takes about an hour for me to return to sleep.”

Charles’ sexual issues had all resolved.

“My energy is better.

“Anxiety is not so much of an issue now.

”I wake up unrefreshed. My waking up at night goes in cycles of about 1 week. I will have thoughts of what needs to be done. I am a planner. I like routine and don’t like surprises.”

With this last statement, it seemed as if Arsenicum might still be needed because of the residual sleep issue, which, although improved, had not yet resolved.

Initially, Charles’ chief complaint was his sexual performance. Natrum muriaticum was useful. As this receded, however, and the increased worry and restlessness and waking at night were more prominent, Arsenicum album was indicated as the remedy needed next.

Please note that we only need refer to Hahnemann as a rock-solid source in the majority of our cases. Homeopathy provides naturopathic doctors with their most flexible tool for the promotion of real healing in their clients. Hahnemann’s approaches have long been used to teach us to think holistically. It is sad that some of our schools have, for no sound reason, sought to diminish its role in curriculum. 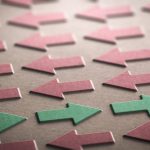 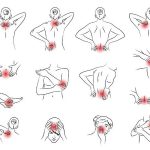 Treating Chronic Pain: Reasons to Use a Top-Down SystemMen's Health