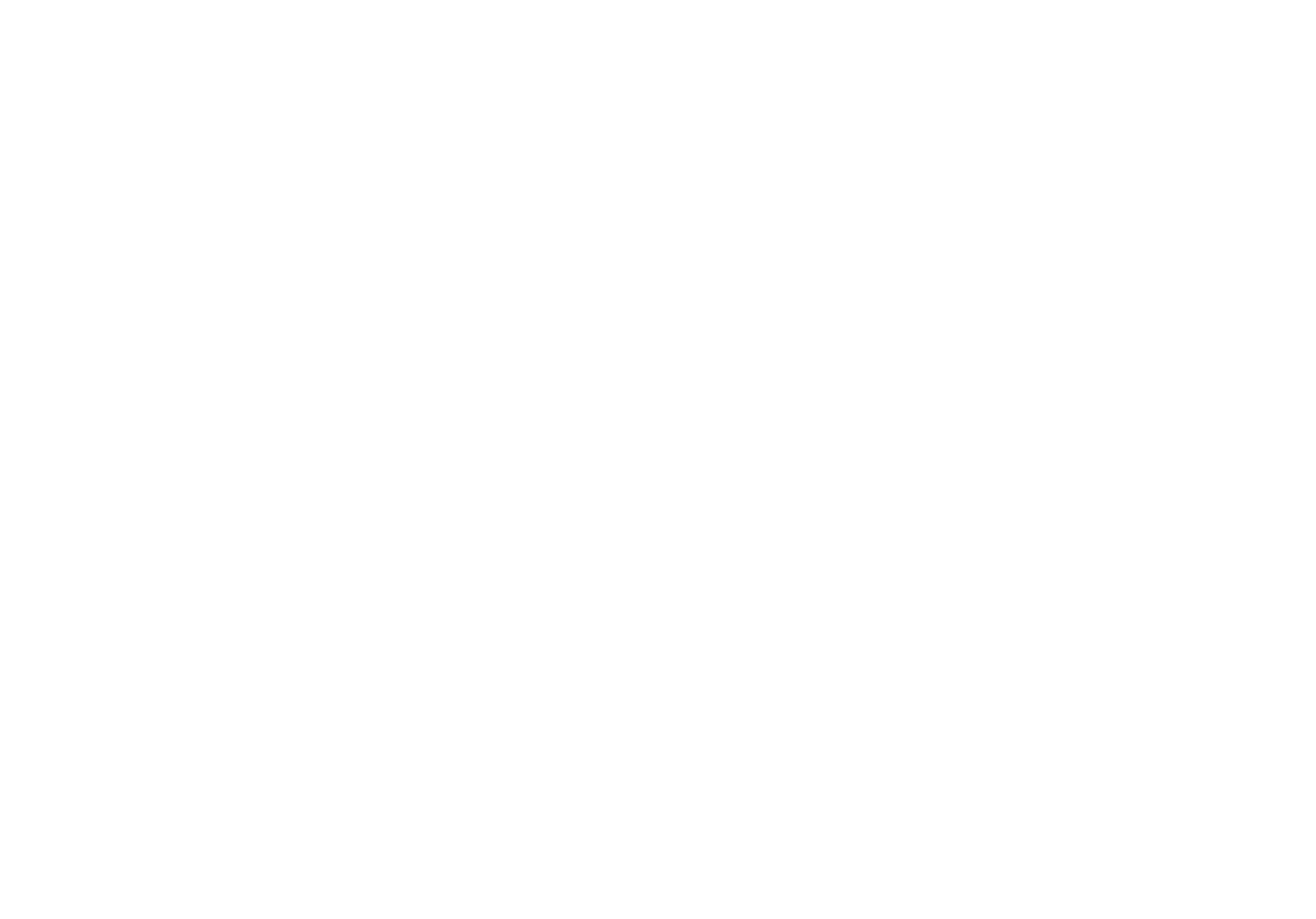 The continuing growth of private institutions in the higher education food chain, some argue, is inevitable despite the economic convulsions occurring in America right now. The market demand for professional preparation, especially in the business and health sectors, is growing. That demand is coupled with requests for flexible delivery systems and for strong accountability from accreditors and funding agencies. These trends are happening within a field long dominated by publicly supported universities, sometimes depicted as dinosaur institutions who, like the traditional naturopathic colleges and programs, face a volatile, increasingly commodity-driven education and training industry influenced by an arsenal of commercial interests and global capital. The lesson, though, for the observer of this prolonged shift is that always tugging at the boundaries of comprehensive transformation is the unrelenting pull of certainty anchored in the familiar and the established (Maturana, 1987).

Transformation of Our Colleges

The “established,” though, is transforming, too. For example, even though NCNM, CCNM, Bastyr and SCNM began as single program institutions, today there remain only three single program colleges among the seven CNME-accredited institutions: Boucher, CCNM and SCNM. At Bastyr, NCNM, NUHS and Bridgeport, the naturopathic programs co-exist in institutions, all of them non-profit and private so far, which have multi-program mandates. They all operate, however, within a larger landscape of private education where education is a commodity.

There are many new players these days in the “education as a commodity” business yanking at the vestments of the established, mostly public-sector institutions. They are challenging the certitude held for generations in the U.S. and Canada that public sector universities are better for civil society than private ones, that the “public good” at least in terms of education is best manifested in such places. The University of Phoenix, for example, an American-based, private, for-profit institution focused on working adults, makes no bones about its profit motives, or about its high standards and measurable outcomes for the learner and his or her employer.

Rather than a standalone institution delivering graduate naturopathic medical education as its singular offering appearing on the scene in areas of high demand such as California or New York, it is far more likely that either one of those private university players or a publicly supported university will initiate a naturopathic medical program as part of its program mix. There is money to be made.

Geoffrey Cox, the new vice-president for academic affairs and continuing education at Unext.com and provost of Cardean University, sees incursions into areas such as natural medicine as inevitable. Cox moved from Stanford where he was vice provost and dean for institutional planning, learning technologies and extended education, to an entirely new private higher education enterprise, Unext. He comments, “the past 200 years have witnessed a Cambrian Explosion of institutional types … just as diverse life forms emerge and either thrive or disappear, so too have institutions of higher education with their appetite for new programming opportunities” (Cox, 2000).

The National Center for Postsecondary Improvement (NCPI) reports yet another pattern. In the U.S., the data confirm that at the same time as “public higher education has become state-assisted rather than state-supported” (Change, 1999), private institutions are “spending more on instructional services and infrastructure to offset the low-cost advantage of the publics and that they are offering ‘better-quality’ instruction in brand new areas in convenient formats to justify high tuition costs” (Change, 1999).

These demands and patterns have been emerging within a framework of continuing dialog about the aims and roles of higher education, particularly universities. Earlier on, Williams, for example, explained that industry’s dependence on university laboratory research and the concomitant commercialization of higher education management with its growing hunger for high return programming and credentialing opportunities are not only key patterns in the evolution of the university in modern society, but are also here to stay (Williams, 1992). Roger Geiger, another of the closest students of private education during these years of gradual transformation, insists “the state ineluctably plays a significant role in the existence of the private sectors” (1991) by virtue of “conscious policy decisions.” Some of these decisions lead to “stop-and-go mass private sector growth where institutions with inadequate resources, part-time staff and generally low standards stimulate much regulation, although much of it ends up being ineffective“ (Geiger, 1991, p. 225). Geiger goes on to explain: “This regulatory impulse undermines innovation in otherwise decentralized and adaptive systems” (p. 234). It is, however, what Geiger further describes as the “peripheral private sector” that may concern the leaders of naturopathic medical education as opportunistic but agile program developers enter the market. They see growing numbers of Americans choosing natural medicine and they understand the need to train practitioners to serve those patients.

Currently there are more than 1,600 organizations loosely described as “corporate universities,” some of which have an eye on the rich U.S. and Canadian markets. “Natural medicine” is among those discipline areas that attract these groups. Whether it’s a more traditional venue such as John Thomas College in St. Louis with its part-time and summer-intensive program in naturopathic medicine, or the 232-acre Maharishi University of Management in Fairfield, Iowa, naturopathic curriculum and related areas such as homeopathy, naturopathy, Ayurvedic medicine and TCM are on their radar as business opportunities.

There are numerous private sector learning innovators who point out the gathering momentum of post-secondary transformation (www.corpu.com). Jeanne Meister, president of Corporate University Xchange (CUX) predicts that private educational “institutes for learning” will actually outnumber traditional universities by the year 2015 (Morrison, 2000). Corporate universities do not seem to want their primary function only to be granting degrees, though. Rather, they want to “partner with universities to provide customized programs for major job families in areas such as management and health sciences, usually within their organizations” (Morrison, 2000). However, it is in the interactivity, along those points where the public and the private meet, that influence is sharply felt and anxieties run high. Old certitudes continue to be nudged by new patterns.

For example, Cox writes enthusiastically about the “promising signs” that online instruction – in fact, entire online university programs – are doable “with quality and integrity” (Cox, 2000). He and his colleagues at Unext intend to “build technologies that emphasize the best pedagogical theories, such as problem-based learning.” Unext and Cardean are for-profit, private institutions. Cox insists “there is nothing inherent about a for-profit structure that limits an institution’s ability to provide quality education” (Cox, 2000).

One can be neo-liberal and have the perspective that the impersonal, inexorable and global nature of the market will invade the special segment of higher education where we are, no matter what we do to defend the certainty of our hard-won, carefully built traditional naturopathic college programs, mandates and character. Alternatively, we can be more inclined to a post-Keynesian mindset and witness without surprise the quickening role of higher education in crucial areas such as techno science, health sciences and industrial policy. The intellectual property strategies that constitute the heart of corporate, global societies are all about market share and heavy-duty competition for abundant tuition and training dollars. Such pressures hatch systemic change and stimulate the very kind of convergence of science and technology, health promotion, curriculum development, access, finance and modified autonomy in which private higher education can thrive.

A final, powerful point is that within the foundation of our naturopathic colleges and their programming is a principle related to “public good.” Our programs are about preparing physicians to serve communities, not about profits. Going forward we will want to be engaged in debates about the responsibilities of private higher education (that is, the complex conversation about public and private good) and insist in our various jurisdictions (state, federal, provincial) that these values of “good” are very much part of the parameters of private higher education, and especially about health education. Gorostiaga (1999, p. 192), as a case in point, argues that public, social good is not a commodity. Buchbinder (1988, 1993) states that “the objectives of higher education that are expressed as the production and transmission of knowledge as a social good are being replaced by an emphasis on the production of knowledge as a market good, a salable commodity” (p. 143). The food chain can be an unforgiving place.

Buchbinder H: The market-oriented university and the changing role of knowledge, Higher Education, 26: 331-47, 1993.

National Center for Postsecondary Improvement: Looking back at revenue and expenditure trends: are we privatizing higher education?, Change Nov/Dec:61-64, 1999.

Maturna JR and Varela F: The Tree of Knowledge: The Biological Roots of Human Understanding. Boston and London, 1987, Shambhala. 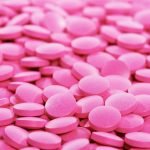 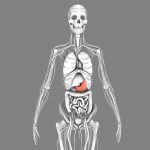