The fuss and rattle about declining cohorts of undergraduates may turn out to be a bit more alarmist than warranted. Broadly-announced trends about declining pools of upcoming students certainly worry our program deans and admission officers, so tuition-dependent are we. Even modest fluctuations in our matriculating student numbers play havoc with sustaining quality delivery. Even so, the data about declining pools of incoming undergraduates in graduate programs may not affect us in the same way they are predicted to impact post-secondary institutions such as community colleges, 4-year institutions and public research universities. Not only should these projections prove temporary, the markets they are referring to are actually sectors which are opportunities for growth for us, rather than eroding student sources. Growth of interest in the naturopathic profession can be escalated by the spread of integrative medicine branding, but more reliably by a more concerted outreach into the undergraduate pie out there. The statistics are actually encouraging, rather than the contrary.1

In such a world of conflicting pro formas, we can continue our tried and true recruiting techniques and efforts; however, we remain vulnerable to detractors and competitors who assume they are epistemologically and clinically correct, and who coincidentally have political, social, economic, and policy control in their comfortably correct pockets. Despite these challenges, we have reason for a tempered optimism if it is coupled with bold, confident action, with the setting aside of fears about a hard landing in the post-Affordable Care Act (ACA) world, and with an attitude that ours is the best of all possible environments here in America and in Canada to be going ahead in. Let’s “do the numbers,” as our friends in national public broadcasting put it.

Some Data to Consider: Calculating the Odds

Over all, the number of students enrolled at degree-granting institutions in the United States is projected to actually grow by 13.9% from 2012 to 2022.2 This number is not going to shrink, as is widely reported. Where the wrinkle in perception comes from is the big drop-off from the nearly 45% growth from 1997 to 2011 (50% at the undergraduate level). Worth noting, though, is that during that same timeframe, the overall number of young students (18 to 24 years old) grew by 21%. What this translates into is a demographic trend driving between one-third and one-half of this increase.3 The subtext here is that in our present decade, this 18 to 24-year-old population is expected to decline by 4%. Thus, the projected 13.9% increase (2012-2022) is, as higher ed data expert, Nate Johnson, declares, “…pretty significant growth while the underlying population is declining.”3 My own look at the Integrated Postsecondary Education Data System (IPEDS) completions and expenditures data for 2010 confirmed what Johnson and his colleagues alerted us to 3 years earlier.4 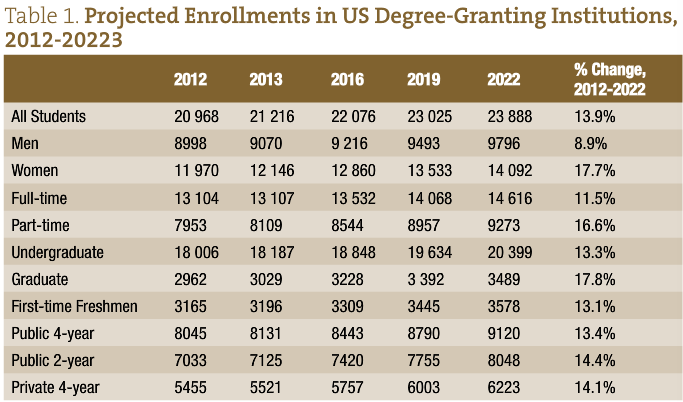 With these data in mind, it is valuable for educational leaders in the naturopathic college/program network to have a look at a parallel set of data from the US Bureau of Labor Statistics. This body revises its projections every 2 years, utilizing a remarkable and complex model of economic factors and supporting data. We know from recent reports that health care will be in strong demand (it is widely reported in US media that the healthcare sector will grow at an average annual rate of 3%), not only because of an aging population, but also arising from the incubations of the ACA. Many planners, especially in the biomedicine professions, point to shortfalls in primary care personnel. Some planners estimate actual numbers of net new professionals in key allopathic/biomedicine categories to be in the hundreds of thousands, and that current production of licensed personnel will miss the mark. Herein lies an opportunity for naturopathic professionals, of course. 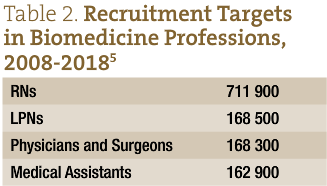 Recruitment Factors in Our Favor: On Being Not Fragile

Considering this medley of data can help us plan our recruitment and positioning efforts. We need to keep top of mind, though, that there are other factors which make our location in this highly competitive landscape rather unique. These other factors may seem somewhat self-evident, even though they are complicated to roll out.

Brand identification is tricky, in that naturopathic medicine is not widely understood or identified in the way that allopathic medicine is. We don’t have, on the one hand, presence in every conceivable public health and public policy office, agency, or institution in the land. The MDs covered all those bases very effectively after Flexner, sealing up the turf before WWII. Neither do we have 5 generations of hit TV shows and movies (Ben Casey, Dr Kildare, Marcus Welby, ER, The Doctor, Awakenings, or Patch Adams, to name only a very few). What we do have, though, is a terrific track record in attracting would-be healers to the naturopathic profession who eschew the more blatant elements of heroic medicine, and most often, of Big Pharma and invasive, marginally valuable, high-tech testing. What we also have is the moral high ground on prevention, despite the recent hijackings by integrative medicine proponents who shamelessly and with impunity use the very language and therapeutic intent of modalities which they denounced for eons. There are advocates in biomedicine of principles which naturopathic physicians were attacked for espousing, but they do so from the protected, safe framework of formal, orthodox medicine.

There are a number of ways to roll out a super branding campaign in such a landscape. The pathways could reach well into the existing applicant pools and cohorts of students for whom a career in natural medicine would be attractive if only they knew about us. These students come from community colleges, 4-year colleges (both public and private), universities (both public and private), and from international colleges and universities recognized in North America and whose graduates have the necessary pre-requisites (see Figure 1). 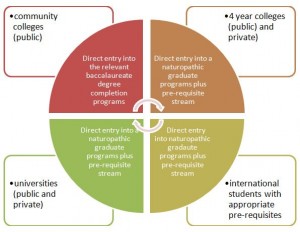 There are broad-reach (but often narrow-scale) information campaigns which can work to get the message out about careers in naturopathic medicine (eg, the AANP/AANMC’s recruitment video of 2010 featuring CNME-based programs in the United States and Canada).7 There are also narrow-scale (and narrow-reach) efforts (eg, educational fairs, health profession recruitment fairs).

Branding and identifying the profession more broadly have never been more possible with the inclusionary dimensions of the ACA’s section 2706; in view of the welcome success in Canada of CCNM’s degree-granting status, the removal of federal GST requirements for naturopathic doctors; recognizing the true momentum of 3 new states licensed in the last 5 years (Minnesota, North Dakota, Colorado, and Maryland). If we do the numbers, they calculate super(ly) and are not fragile at all. They are sort of supercalifragilistic! 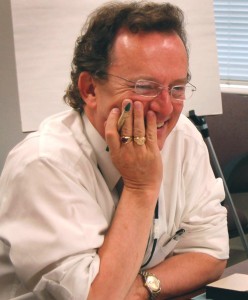 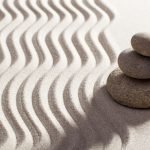 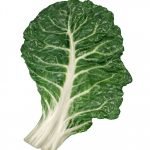 For the Love of Food: Mindful Eating and Weight ManagementAnxiety/Depression/Mental Health, Gastrointestinal, Mind/Body