It is always the Spirits who heal. Many times the Spirit directed me what to do for people. I depended on prayer a lot. I am only a passageway for Spirit.
(Black Star, Comanche medicine woman; personal interview, Medford, Oregon, 1999)

Modern medical practice is unique in its tendency to separate mind, body, and spirit, treating humans as if we are biochemical machines, devoid of any indwelling consciousness. Too often the recognition and treatment of disease is confined to measurable physical manifestations and the manipulation of biochemical pathways. The inner realms of emotional, intuitive, and mystical experience are frequently held suspect, treated with condescension and scorn, or diagnosed as pathology and medicated away.

The Role of Spirituality in Clinical Practice

The vitalistic philosophy of naturopathic medicine recognizes this inherent energy of life emanating from what Lindlahr calls the “great central source of all life,” or “The Creative Intelligence.”2By Webster’s definition, spirituality is inherently active in naturopathic practice, where we first strive to enhance the patient’s vitality. The philosophy of tolle totum combines with this teaching to encourage us to treat not only the disease, but the whole person. By the very nature of our practice, naturopaths are, in these secular times, radically spiritual.

Regular spiritual practice is an essential prerequisite to broaching spirituality in clinic. The practitioner who regularly nourishes a relationship with the Divine will be more spontaneously drawn to silently ask for Divine guidance while gathering the history from a patient whose health challenges are daunting. Patients of physicians who have a sincere connection to their Creator may be affected by the presence of the Divine moving through the physician’s connection, sometimes without the practitioner’s conscious awareness.

A teacher once advised me to say a short prayer before each patient, asking that the highest available healing, appropriate at the time, come through in a way that is gentle and in keeping with the good of all Creation. As the session is ended, the patient is released back to Divine Hands, with thanks for the healing that has come through.

Spirituality has become quite the groovy thing these days, but the truth is that people have been mixing prayer and healing for centuries. At best, the majority of us lag far behind most indigenous cultures, when it comes to integrating spirituality into our healing practices, and we are not even close to catching up with our ancestors. True spirituality requires great humility. To this end, physicians must be willing to release ego and embrace humility if we are to avoid the pitfall of falling into dogmatic preaching that can block communication, suppress the healing process, and potentially do more harm than good.

A patient once shared with me that when she expressed anger at not being protected from repeated sexual abuse as a child, the practitioner she was seeing informed her that she would accrue bad karma if she did not get over her anger. Such dogmatic, judgmental comments can do significant damage to a vulnerable patient and risk suppressing the patient’s healing process as surely as a dose of steroids might do.

The late Bill Mitchell, ND, often told us that the greatest healing came when he had no clue how to proceed, demonstrating the value of humility and a willingness to be open in the often scary void of not knowing. I have had similar experiences, as the following case illustrates.

A 58-year-old woman came to clinic for an orthobionomy session to address chronic pain that seemed to affect her whole body. Once she was on the treatment table, I placed my hands at the back of her neck and spoke aloud a simple nondenominational prayer for healing. I was overwhelmed by the extent of her pain, which affected her neck and all of her back and extremities. So, while I kept my demeanor calm, my inner prayer was of a different nature.

“Great Spirit!” I called out silently in desperation. “I don’t know why I told this woman to come in for this session. She has so much going on I have no idea where to start! Please help!”

Suddenly I felt a surge of energy pass though my hands. The patient and her cousin, who was also in the room, sensed the flow of power as they prayed aloud together in gratitude.

I moved my hands over her body as I was guided, finding that the pattern repeated itself each time I shifted to work on a new place on her body. The women’s prayers of thanks were also repeated with each surge of healing, and within a surprisingly short period of time the patient stood up from the table, totally pain-free.

No one was more astonished than the attending physician!

Many patients welcome discussion of spiritual issues with their physicians.3,4,5 When done with respect and sensitivity for each patient’s unique relationship with his or her Creator, integrating spirituality into the doctor-patient dialogue can be immensely rewarding for both doctor and patient.

Patients may give their physicians verbal cues, invitations to discuss the role of spirituality in their healing process, but ultimately a physician’s heart and intuition hold the wisdom that guides them to pray with a patient. Including a question about spiritual preference on the initial intake form can help guide the practitioner in initiating discussions about spirituality, and both practitioner and patient must be totally comfortable with praying in the patient’s tradition. Some indications that prayer or spiritual discourse may be indicated include:

A 68-year-old woman who came to our clinic was responding well to naturopathic therapies overall, but still struggling with BP readings of 168/95 mm Hg. As she was strongly averse to using allopathic medications and I was running out of ideas, I suggested we pray together. I knew she had been a Christian missionary much of her life so I invited her to open the prayer. The presence of Jesus was instantly palpable in the room as she called on Him for help. I was there only to witness her process and ask a few questions as Jesus spoke to her, and proposed that she turn the problem over to Him.

When we were done praying, the patient turned to me and asked, “What do we do now?”

“We wait,” I replied. “He instructed us to turn the problem over to Him, so now we must do as He directs. We must wait and trust to His Guidance.”

Two days later I learned of an herbal formula that was highly effective in treating hypertension. She started the formula and her BP went down to normal.

The lack of ability to love and appreciate ourselves and our Earth bodies pervades western society. Our culture tends to be overly critical, often causing us to feel that we are never enough. This paralyzing “addiction to perfection is at root a suicidal addiction”6 for, as Jungian analyst, Marion Woodman, informs us in her book on eating disorders, … “perfection belongs to the gods; completeness or wholeness is the most a human being can hope for.”6 The following affirmation was shared with me by Navajo medicine woman, Annie Kahn.7 When performed daily, this traditional prayer can be a powerful adjunct in helping patients to heal their tendencies toward self-deprecation. It should be repeated once to twice daily and always with conviction.*

The custom of saying grace before meals has merit in a time when so much of our food is laden with toxins. Patients may visualize their food as blessed and nutritious, as they give thanks and pray over their meal. Additionally, visualizing their bodies as healthy manifestations of the Divine can be especially helpful for patients with digestive symptoms, food sensitivities, or excessive anxiety about the toxicity of their food.

Because ceremony involves the use of actual physical objects, it can be helpful in grounding physical healing. Rituals can range from complex traditional ceremonies, to the simple lighting of a candle.

One patient, a professional woman who traveled often, struggled with recurrent scabies. On her third relapse we recognized that the scabies only came back when she returned to her newly purchased home after being away. As she had been vigorously compliant with all the cleaning required to eradicate the mites each time there was a relapse, I suspected that a negative spiritual energy, possibly left in the house from the previous owners, was rendering the terrain of the home susceptible to invasion. On the third round, I added to the usual scabies treatment by having her smudge the entire house with sagebrush while simultaneously praying that negative energies be released and guardian spirits invited back in. The invasive episodes of scabies ceased, never to return. Sagebrush is one of many herbs used in Native American rituals for banishing parasitic energies.

The increased sensitivity women often experience with menses is honored in traditional indigenous cultures where the menstrual flow is viewed as a sacred time when intuitive abilities are heightened and the veil between everyday reality and the world of Spirit is thinned. Each menstruating woman in these cultures is encouraged to take time aside for inward contemplation and spiritual connection while the community takes over her daily tasks and brings her food, allowing her to totally immerse herself in inward contemplation. When women are deprived of the space needed for spiritual renewal during menses, a snappish insistence on being left alone often ensues. Among the Navajo it was observed that the young women who were unable to partake in their traditional menarche ceremonies, due to forced attendance at faraway boarding schools, later experienced comparatively more health problems in birthing and in their reproductive tract health, in general,8 suggesting that honoring the body’s sacred cycles may have a direct impact on physical health.

Although our modern world does not make space for the menstruating woman to take a few days off each month, many women report that even taking an hour or 2 to rest and be in contemplation during menses can be healing.9 I have found this practice to be invaluable for treating the pain of dysmenorrhea, as well as other reproductive symptoms.

One patient, whose menstrual symptoms were totally incapacitating, nearly jumped out of her chair when I shared this teaching with her.

“I’ve always known I could hear God better when I was on my period!” she exclaimed in excitement.

I often ask the patient to pray that I be guided whenever I need to research a case before prescribing. In one instance, the remedy that a patient needed spontaneously popped into my mind at the very moment the patient said her prayer.

Whether we refer to our Divine Creator as God, Goddess, Great Spirit, Great Mystery, Creator, or Allah, we speak of an Infinite Being or energy that is beyond our capacity to fathom. How, then, can the various ways of relating to Spirit and bringing that relationship into clinical practice be anything but diverse, at least as diverse as the practice of naturopathy itself? 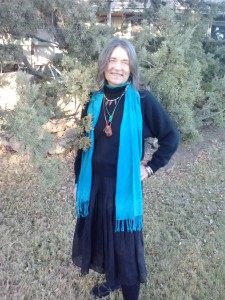 Deborah Frances, RN, ND first began practicing nutrition and homeopathy as a registered nurse in the early 1980s, and later graduated from NCNM in 1993. She has been a popular lecturer at conferences across the country and taught as adjunct faculty at both NCNM and Bastyr University, in addition to running a full family practice in rural Oregon for several years. Dr Frances has also taught classes in spirituality, ceremony, and dream work. Her full Lakota name is Beautiful Little Dancing Crow. 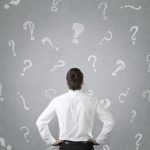 Trusting a Space of Not Knowing: Stop, Look Both Ways, and Proceed with CautionAnxiety/Depression/Mental Health, Gastrointestinal, Mind/Body 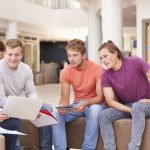