In last month’s issue of NDNR, I reviewed historical accounts that indicated widespread use of cannabis for women’s health throughout ancient China, Egypt and Sumer, Israel/Palestine, and the Middle East, as well as in early European medical traditions. Standardization of preparations into solid extracts and tinctures in 1842 led to more widespread use (and subsequent documentation) among European physicians of the time. In part 2, I will discuss the use of cannabis for women’s health in modern European and mid- to late-19th century American medical practice. Much of the relevant historical information has been paraphrased from Dr Ethan Russo’s 2008 paper, “Cannabis Treatments in Obstetrics and Gynecology: A Historical Review.”1

What I find amazing about the 19th century writings is the range of detail involved in the doctors’ descriptions of cannabis in general, as well as the high degree of specification with which they discuss the effectiveness of cannabis for women’s health. The writings of 19th century physicians, such as O’Shaughnessy, Maguire, Christison, Grigor, Wright, Silver and others, as well as the incredibly in-depth Indian Hemp Drugs Comission Report commissioned by the British parliament, all provide extensive historical documentation for the safety, efficacy, and broad tolerability of cannabis. Taken as a whole, the historical record best supports cannabis use for women’s health in the treatment of dysmenorrhea, endometriosis, and menopausal symptoms.

The writings of these more modern physicians and scholars represents a bridge that connects the widespread use of cannabis in ancient cultures to its evolving place in modern medicine. It is my hope that examination of these traditions and early writings may provide a more fruitful vision for future clinical research, offer insight into potential cannabinoid botanical product development, and encourage more practitioners to take a second look at the potential uses of cannabis for common women’s health complaints.

By the middle of the 19th century, cannabis was reintroduced to Western medicine by British physicians in India working for the East India Company.1 Upon examination of this more recent literature, we can find a large volume of highly descriptive language used to document cannabis use for women’s health. In 1839, British physician W.B. O’Shaughnessy published a report where he discussed analgesic and muscle relaxing properties of “Indian hemp” (cannabis) and described it as “an anticonvulsant remedy of the greatest value.”2 As reports on the benefits of cannabis grew in the medical literature of the time, interest in the botanical continued to grow among practitioners and patients. In 1860, Dr RR McMeens addressed the Committee on Cannabis indica at the Ohio State Medical Society, where he described conditions and symptoms for which Indian hemp was effective; these included dysmenorrhea, childbirth, and postpartum psychosis.1 Doctors of 19th century did not have the language of modern science we have grown accustomed to, but by reviewing their work, it can be seen where parallels lie between what early practitioners observed about cannabis and what has been learned about cannabis through more rigorous testing and research.

The use of cannabis specifically for uterine hemorrhage was discussed in 1849 by Churchill, who wrote:

The property of Indian hemp, of restraining uterine hemorrhage, has only been known to the profession a year or two. It was accidentally discovered by my friend, Dr Maguire of Castleknock, and since then it has been extensively tried by different medical men in Dublin, and by myself, with considerable success. The tincture of the resin is the most efficacious preparation, and it may be given in doses of from five to fifteen or twenty drops three times a day, in water. Its effects, in many cases, are very marked, often instantaneous, but generally complete after three or four doses. In some few cases of ulceration in which I have tried it on account of the hemorrhage, it seemed to be equally beneficial.3

At around the same time as Churchill’s descriptions, Dr. Alexander Christison discussed the utilization of cannabis during childbirth, as well as its comparison with the commonly used ergot of rye, stating: “Indian hemp appears to possess a remarkable power of increasing the force of uterine contraction during labor.”4 Christison later examined the effects of Indian hemp on enhancing uterine contraction and accelerating childbirth in 7 case studies. He stated the following: “Shortening of the [pain] interval was in general a more conspicuous phenomenon than prolongation of the pain.– It is worthy of remark, that in none of these cases were the ordinary physiological effects produced; there was no excitement or intoxicating action, and there did not seem to be the least tendency to sleep in any of them.”4 Continuing the comparison between ergot and cannabis, Christison went on to comment on the therapeutic action of cannabis, stating:

While the effect of ergot does not come on for some considerable time, that of hemp, if it is to appear, is observed within two or three minutes. Secondly,-The action of ergot is of a lasting character, that of hemp is confined to a few pain shortly after its administration. Thirdly, the action of hemp is more energetic, and perhaps more certainly induced, than that of ergot. There appears little doubt, then, that the Indian hemp may often prove of essential service in promoting uterine contraction in tedious labours.”4

In 1852, Dr Grigor looked at Cannabis indica for its oxytocic effects on speeding labor, also comparing it to ergot, the standard of care of the time.5 I find commonality with these early medical pioneers’ favorable reviews in their descriptions of cannabis and have found them similar to my own clinical experiences – that cannabis is broadly effective and well tolerated for a wide range of conditions. Grigor’s analysis reads: “I have noticed the contractions [of labor] acquire great increase of strength and frequency immediately on swallowing the drug, and have seen four or five minutes ere the effect ensued … when effectual [cannabis] is capable of bringing the labour to a happy conclusion considerably within a half of the time that would other have been required.5 Finally, Grigor concludes: “I consider the expulsive action of the cannabis to be stronger than that of ergot, but less certain in its effect … nor have unpleasant consequences, so far as I have seen, appeared afterwards.”5

Shortly after these early reports and case studies, the sanctioned use of cannabis for women’s conditions can be found in medical texts of the day. In 1854, the therapeutic benefits of cannabis were recognized in the Dispensary of the United States, which discussed the beneficial effects of cannabis for “hastening increasing the contractions of the uterus during delivery,” as well as it’s positive effects on uterine hemorrhage.6

In 1859, Willis wrote a literature review on Cannabis indica.7 In what can only be considered a “meta-analysis” of the time, Willis extolled the importance of the quality of the herbal extract in determining its effects, and included his own clinical case studies regarding treatment of uterine hemorrhage, dysmenorrhea, and menorrhagia with cannabis.7 Willis recounted his experience as:

I have used the Indian hemp for some time and in many diseases, especially in those connected with the womb, in neuralgic dysmenorrhea, in menorrhagia, in cessation of menstruation where the red discharge alternates with uterine leucorrhoea of long continuance, in repeated attacks of uterine hemorrhage, in all cases of nervous excitability, and in tedious labor, where there is restlessness of the patient, with ineffectual propulsive action of the uterus.7

Without laboratories and peer-reviewed publications, early physicians often relied on their own observations and data that they could gather from colleagues or through direct clinical experience. Willis’ work exemplifies his own grasp of the scientific method, but also speaks to the fact that commonalities existed between numerous accounts on the use of cannabis, and that doctors were able to identify these commonalities and use cannabis effectively for a range of conditions. Willis stated that he “was led to the use of hemp in puerperal convulsions, having also seen its beneficial effects in convulsions in general, after all the common remedies had been tried without relief.”7 Reading these historical accounts, it is exciting to observe a clinical mind in action. Again, similar to my own clinical experience, our 19th century predecessors were significantly impressed by the broad efficacy of cannabis.

T.L. Wright, MD, in 1862, described the benefits of cannabis for the relief of uterine hemorrhage as well as in severe nausea and vomiting of pregnancy.8 He also discussed a case of hyperemesis gravidarum where all known remedies of the time, including oxalate of cerium, opium, hydrotherapy, and other remedies, had failed.8 A year later, in a separate account, Dr Wright described what amounts to an early description of homeostatic properties of cannabis, stating:

Indian hemp appears to me to act best in bad cases where other remedies only partially succeed and the disease refuses to yield. But under any circumstances I have never known the remedy to fail greatly to ameliorate the condition of the patient. Let it be remembered that opium and Cannabis indica cannot be substituted for each other, but they may be advantageous combined. Opium paralyzes the nervous system, and only strengthens it, if at all, by giving it rest. Cannabis indica does not paralyze the nerves, but strengthens them directly. It does not constipate by paralysis – it cures by beneficent virtues.”9

The language used by Wright (and not the recommendation for combining cannabis and opium) reflects pharmacodynamics of cannabis (and opium) that would have been unknown to physicians of the era. Specifically, in noting how cannabis likely worked on different physiologic structures of the body, and how it could show improvement in a multitude of conditions, Dr Wright was essentially commenting on the endocannabinoid system (ECS) and its vast array of receptors.

To Be Continued (Again)

In Part 3, I will continue reviewing historical accounts of the use of cannabis in women’s health into the late 19th century. I will also discuss the relevance of these early records in the light of current cannabis research and practice, making a case for the use of cannabis for treatment of dysmenorrhea, endometriosis, and menopausal symptoms. 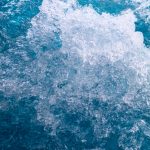 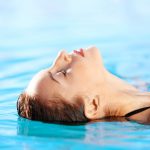