Why do pregnancies last longer in some species than others? Researchers at the Francis Crick Institute have found the clock that sets the speed of embryonic development and discovered the mechanism is based on how proteins are made and dismantled. The study, published in Science, could also help us understand how different mammals evolved from one another and help refine methods for regenerative medicine.

All mammals follow the same steps to grow from embryo to adult. This involves the same series of events, in the same sequence, using similar genes and molecular signals. However, the speed of progress through these steps differs considerably from one species to another. For instance, motor neurons — the nerve cells that control muscle movement — take about three days to develop in mice, but over a week to develop in humans.

To understand what governs this speed in different species, researcher Teresa Rayon and colleagues in James Briscoe’s Developmental Dynamics lab at the Crick first grew motor neurons from stem cells in the lab, so they could time the cells’ development without any influence from the environment within the embryo.

Using mouse and human stem cells, they saw the same difference in speed between the species. Human motor neurons took more than twice as long as mouse motor neurons to form, so they knew the answer must lie within the cells themselves, not the surrounding environment.

They also checked if the genes were responsible, by introducing human DNA sequences into mouse cells. However, this did not alter the speed of development, so the answer wasn’t in the genes either.

Finding an answer in the proteins

Instead, the researchers discovered that differences in the speed at which proteins are broken down and replaced explains the difference in speed between the two species. Proteins are constantly turned over — made and dismantled — in cells, and this happens twice as fast in mouse cells compared to human cells. This faster rate of protein turnover in mouse cells accounts for the faster pace of motor neuron formation.

Teresa Rayon explained, “Human and mouse motor neurons use the same genes and molecules for their embryonic development, it just takes longer for the process to play out in humans. Proteins are simply more stable in humans than mouse embryos and this slows the rate of human development.”

“It’s as if mouse and human embryos are reading the same musical score and playing the same tune but the metronome ticks more slowly in humans than in mice. Now that we’ve found the metronome, we want to understand how to change its speed.”

How this impacts research and treatments

Understanding the mechanisms that control the speed of development has implications for regenerative medicine and for the use of stem cells in understanding disease. Being able to speed up or slow down the development of stem cells could help refine methods for the production of specific types of cells for research and therapeutic applications and it might also provide insight relevant for slowing the growth of cells in diseases such as cancer.

James Briscoe, who led the team of researchers said, “Changes in developmental time, so called heterochronies, play a profound role in the evolution of differences in body shapes and sizes between species. For example, the human brain is larger because its cells grow for a longer period of time during embryonic development than the equivalent cells in mice. So beyond practical applications, understanding how the tempo of embryonic development is controlled has the potential to help us understand how different species evolved.” 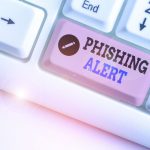 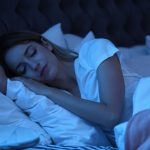