Childhood Concussion Occurrence, Length and Duration May be Predicted from a Saliva Test

A study published in JAMA Pediatrics last week reveals that childhood concussion occurrence, length and duration of symptoms may be accurately predicted from a saliva test.1

This is big news, since the current standard for diagnosis and prognosis of a concussion is based on clinical symptoms and patient recollection of the traumatic event. Since often children don’t present to the doctor immediately after a head injury, especially if sports related, it is commonly not known when the onset of the concussion began. It is important for the brain to be given adequate time to rest and heal after a concussion, and not knowing when the concussion began turns the resting period length into a guessing game. Having a direct measurement of concussion onset as well as projected symptom duration would be incredibly helpful.

The researchers, from Penn State College of Medicine, found that microRNA (mRNA), small regions of non-coding RNA, in a child’s saliva could help determine if a concussion has occurred. They could also determine the duration of the concussion from the mRNA levels.

Originally, the research team had been looking at blood tests, for proteins that could serve as an objective marker of concussion. It turned out to have been difficult to analyze for proteins in the blood that change during a concussion because the blood brain barrier doesn’t allow for these proteins to pass to and from the brain in a consistent enough pattern. The mRNA solves this problem.

For the study itself, 52 children were evaluated. They ranged in age from 7 to 21 years, and all were evaluated with the Sports Concussion Assessment Tool (SCAT-3) to look for symptoms and severity of concussion. They repeated the testing 4 weeks following the date of head trauma. On both the initial visit, and follow up saliva was collected and levels of mRNA were measured. Five mRNA segments were found in the samples: miR-320c-1, miR-133a-5p, miR-769-5p, let-7a-3p, and miR-1307-3p.

Presence of mRNA Signified that Symptoms would Last Longer

The presence of mRNA signified that the symptoms would last longer. This prediction held true in 42 out of 50 patients who completed the study. This is far better than the accuracy of the SCAT-3, which the authors of the study state gives 64 percent accuracy. The ultimate goal of the research is to be able to accurately diagnose a concussion as well as predict the duration symptoms will last. 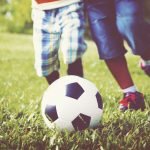 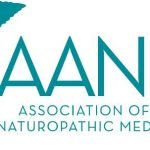