A study on red clover recently showed that using fermented red clover extract may decrease both the number and severity of hot flashes experienced by post-menopausal women.1 Red clover has been a mainstay of menopause; its status as a hot flash remedy is well known, now the fermented extract has been shown to yield similar benefits. The fermentation process may increase the bio availability of the phytoestrogens and isoflavones in red clover. This happens as the fermentation process breaks down the sugar molecule that the isoflavones are bound to, thus increasing its ability to be absorbed.

The study also saw that this extract prevented the accelerated bone loss that commonly affects a third of menopausal women over 50.

Sixty women were included in the study, all experiencing at least 5 hot flashes per day. They were divided into 2 groups. One group drank 150 mL red clover extract per day for 12 weeks, and the other drank a placebo. Vasomotor symptoms associated with hot flashes were assessed using 24-hour ambulatory skin conductance (SC) – a way of measuring the amount sweat produced by the skin –  as well as self-reported severity and frequency of hot flashes. Dexa-scans were used to assess any bone changes occurring as a result of the treatment. All measurements were taken before and after the 12 weeks. At 12 weeks, there was a significant decrease in vasomotor symptoms measured by both SC and self-reported assessments. Dexa-scans were not significantly changed over the 12 weeks, however did show improvement within the test group. 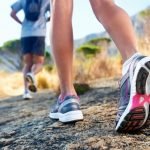