Hypnosedation as an Alternative for General Anesthesia

A research presentation at the 2018 annual Euroanaesthesia congress in Copenhagan, Denmark recently showed hypnosedation as a viable alternative to general anesthesia.1

Hypnosedation is a procedure that utilizes hypnosis, with drugs to create comfort and relaxation as well as local anesthesia. The method has been seen to lower the need for pharmaceuticals, reduce complications from surgery, as well as increase post-op recovery.

Dr. Aurore Marcou, research team lead, from the Institut Curie, Paris, France, commented: “By minimizing effects of anesthesia on vital functions while preserving the patients’ well-being, it contributes to a sustainable development of anesthesia.”

The retrospective study looked at 150 cancer patients. All patients were treated at the Institut Curie between the years 2011 and 2017. All patients underwent operations conducted under hypnosis. The operations were all performed with conventional safety monitoring, but omitted premedication or hypnotic pharmaceuticals. The opioid remifentanil was given intravenously during the procedures to keep the patients comfortable, and they were also given anti-nausea medications as well as a painkiller – these were preventative. Local anesthesia was given dependent on the type and location of procedure. All patients were conscious during the entire procedure.

90% of the surgeries involved the chest and breasts

90% of the surgeries involved the chest and breasts – mastectomies, and the remaining surgeries were gynecological, colonoscopies, and superficial plastic surgeries. The average length of procedures was an hour, ranging from 30 minutes to 160 minutes, and the average stay in recovery was 35 minutes. The ages of patients ranged from 18 to 100 years, with an average age of 60.5 years. 22 percent of patients were older than 75 years. Two percent of patients were known to have severe cardiac, renal, or respiratory problems that contraindicated general anesthesia.

99 percent of the cases, when hypnosedation was used, it provided comfort for the patients, and did not impact the surgery negatively. In only 2 cases was there discomfort necessitating general anesthesia to be administered – which it was quickly.

Researchers conclude, “Hypnosedation can be proposed as a useful alternative to general anesthesia in various types of surgeries”

The researchers conclude that “Hypnosedation can be proposed as a useful alternative to general anesthesia in various types of surgeries including major breast surgeries. By minimizing effects of anesthesia, this technique is particularly valuable for vulnerable patients.” 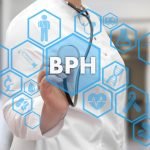 An Alternative to Surgery for Benign Prostatic Hyperplasia (BPH)Naturopathic News 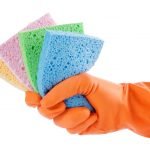 Hormone Disrupting Chemicals May Be Adding to Obesity RiskNaturopathic News