California: A case-control study conducted from the California Cancer Registry was done in order to examine the effects of air toxins and cancer risk. All cases of medulloblastoma, central nervous system primitive neuroectodermal tumors (PNET), and astrocytomas before age six were ascertained, and randomly selected birth controls were found by birth year. Both groups were then examined for types of air toxic exposure during pregnancy and infancy.

Brain tumors are the most common solid tumors found in children and the most common cause of childhood cancer deaths. The most common brain neoplasms in infants up to 36 months are medulloblastomas and PNETs. In children up to 15 years of age, astrocytomas are more common.

It was found that PNET was positively associated with increased prenatal exposure to acetaldehyde, benzene, and toluene, as well as increased exposure to dichlorobenzene and benzene in the first year of life. Medulloblastoma was positively associated with prenatal exposure to polycyclic aromatic hydrocarbons (PAH). Although astrocytoma was associated to lead and PAH, it was not statistically significant. Current data is suggestive that industrial and road traffic sources of air toxins may increase the risk of PNET and medulloblastoma in children up to six years of age. 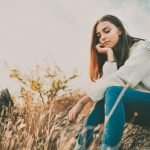 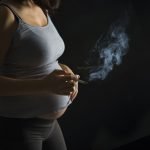