The 18-year life expectancy gap between people with mental illness and the general population can only be bridged by protecting patients’ physical and mental health, according to a new study.

As part of a Lancet Psychiatry Commission into mental illness, University of Queensland researchers found patients’ physical health was often overlooked in pursuit of treating the mind.

UQ psychiatrist Associate Professor Dan Siskind said it was time to prioritize the physical health of such patients.

One in five people across the world live with mental illness

One in five people across the world live with mental illness and people with mental illness can die up to 18 years earlier than the general population. Contrary to popular belief, this is not because of suicide,” said Dan Siskind, Associate Professor, Psychiatrist,University of Queensland

It is from physical health issues associated with mental illness like diabetes, cardiovascular disease, and lifestyle factors.

“This commission aimed to find out how great the life expectancy gap really is between those living with mental illness and the general population, discover the causative pathways for this gap, and look at practical strategies to narrow it.”

Conditions such as diabetes served as a stark example

Dr Siskind said conditions such as diabetes served as a stark example, with rates twice as high in those with mental illness compared to the general population.

“Getting people more physically active, improving nutrition and stopping smoking and substance abuse are all lifestyle factors that can be modified to improve health outcomes,” he said.

“We also looked at issues caused by medications and how these can be managed to mitigate side-effects such as obesity.”

“We wanted to empower psychiatrists to be involved in the primary healthcare of their patients and engage the efforts of a multi-disciplined team, a team that includes not only psychologists and nurses but also nutritionists and exercise physiologists.

A ‘one-stop-shop’ can lead to improved health care outcomes

“A ‘one-stop-shop’, where patients can have their mental health and physical health needs met by a team of experts, can lead to improved health care outcomes.”

Dr Siskind said this multi-disciplined approach would help patients take back control of their well-being, and overcome a debilitating lack of motivation.

“Motivation is often lost among people with mental illness.” “If we can remove barriers to treatment, then we can start to make improvements across a broad range of physical conditions.

“This is about making everyone realize patients are whole people; it’s not just about eradicating mental health problems; we need to look after physical health too.” 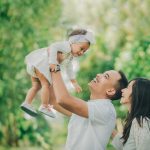 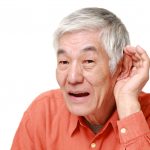