Lead in Soil Another Factor in Flint, Michigan

According to a study out of Michigan State University published in the International Journal of Environmental Research and Public Health, the higher rates of Flint children showed elevated lead levels in their blood during drier months of the year, even before the switch to a new water supply. The findings suggest that lead contaminated soil is most likely the culprit especially in the older, more industrial areas of the city.

The main researcher Rick Sadler, a public health expert in the College of Human Medicine, who has grown up in Flint and is helping the city combat the lead problem through his research noted, “We have known for a long time that soil lead is an issue. It’s not worse in Flint than in any other older, industrial city. But when you combine the exposure from soil with Flint’s water problem, you see a magnification of the effects.”

“This pattern of [lead] routinely peaking in the third quarter each year, as it normally does in urban areas, is mainly because of drier weather where there’s more dust from contaminated soil in the air, Sadler said. “The bigger increase in 2014 and 2015 reflects the onset of elevated water lead levels.” 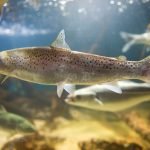 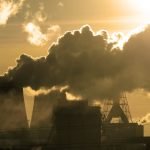