Marijuana May Exacerbate Symptoms of Psychosis in Those That Are Susceptible

Marijuana may be Wonderful, but is not without Side-Effects, Especially Those Prone to Psychosis

A recent study on marijuana has shown that the use of the herb may cause temporary paranoia and other psychosis-related symptoms in individuals who are at high risk for developing a psychotic disorder.1 This is interesting research that addresses and sheds light into the disparate effects and experiences that are anecdotally seen with marijuana use – some people get anxious while other people get depressed, while still others get creative and very productive. And still others, have a tendency toward showing psychotic symptoms, but why, and do these responses tell us something about how the drug should be or shouldn’t be used.

Association Between Marijuana and Psychosis

People who have experienced psychotic symptoms at any point in their life, mild or otherwise – unusual thoughts, suspicions, or perceptual disturbances – without the use of substances, and have a family history of psychosis, are considered high risk individuals for developing a psychotic disorder. Other risk factors for psychotic disorders include2: abnormal fetal development, abnormal cognitive development, gender, environmental factors such as urbanicity. There does seem to be an association between the use of marijuana and psychosis – earlier age of marijuana use is listed as a risk factor for the development of schizophrenia2, but there has yet to be a study examining marijuana’s effect on those at greatest risk. This study is important because “[m]any adolescents and young adults who are at high risk for psychosis smoke marijuana regularly or have a cannabis use disorder,” says Margaret Haney, PhD, professor of neurobiology (in Psychiatry) at Columbia University Medical Center and senior author of the paper.

The study was a double-blind, placebo-controlled study, that looked at the effects of marijuana in 6 high-risk individuals and 6 controls. All of the participants of the study were routine users of marijuana who were currently physically healthy. During the study, individuals were asked to smoke half of an active or placebo joint (marijuana cigarette). Before and after smoking the cigarette, psychological and physiological assessments were given. Both groups underwent the same process with both placebo and active cigarette.

Both groups experienced marked intoxication, increased heart rate and arousal to the active marijuana joint compared to placebo. Only the high-risk group experienced increases in paranoia and anxiety. This group also experienced disrupted sensory perception and cognitive performance after smoking active marijuana. None of these experiences were noted after using placebo.

Although the study was small, it does suggest that marijuana might affect individuals differently, especially those at higher risk for psychotic disorders. It may be inducing brief psychotic-like symptoms as well as impairing cognitive function in these individuals. 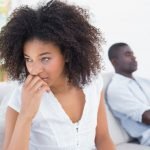 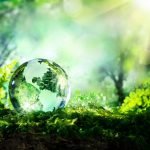