What causes a healthy array of gut microbial, genetics or diet?

The answer to this question was targeted in a recent study from the University of California at San Francisco by a team of scientist who probed the nature versus nurture balance in mice gut microbial.

Their results were published online December 18, 2014 in Cell Host and Microbe.

Gut microbiota varies from individual to individual and can also vary over time, but it is driven by ethnic background, diets or other environmental influences?

What they found was diet has a larger impact on gut microbiota than genetics, but that diets leading to unhealthy gut microbes can be altered, and the health of the gut can be mostly restored with dietary changes.

Gut microbiota remained influenced by imprint of past diets as well as by present diet.

“Whether changes in the microbial community arise directly from the altered nutrient environment in the gastrointestinal tract, or indirectly due to effects of altered diets on host physiology that are consistent across genotypes, remains a fascinating area for future inquiry,” said Peter Turnbaugh, PhD, an assistant professor of microbiology and immunology at UCSF, and the leader of the study.

“Repeated dietary shifts demonstrated that most changes to the gut microbiota are reversible,” Turnbaugh said. “But we also identified bacterial species whose abundance depends on prior consumption.” 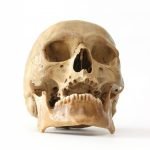 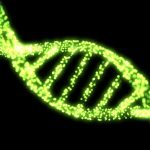