‘Prediabetes’ Is Not a Trivial Thing

People with prediabetes were significantly more likely to suffer a heart attack, stroke or other major cardiovascular event when compared with those who had normal blood sugar levels, according to research being presented at the American College of Cardiology’s 70th Annual Scientific Session. Researchers said the findings should serve as a wake-up call for clinicians and patients alike to try to prevent prediabetes in the first place.

“In general, we tend to treat prediabetes as no big deal. But we found that prediabetes itself can significantly boost someone’s chance of having a major cardiovascular event, even if they never progress to having diabetes,” said Adrian Michel, MD, internal medicine resident at Beaumont Hospital-Royal Oak, MI, and lead author of the study, which he said is one of the largest to date. “Instead of preventing diabetes, we need to shift focus and prevent prediabetes.”

Prediabetes is a condition in which the average amount of sugar in the blood is high but not high enough to be diagnosed as Type 2 diabetes. While Type 2 diabetes is a well-known, leading risk factor for heart attack, stroke and blockages in the heart’s arteries, the role of prediabetes has been less clear. Yet prediabetes is fairly common. The U.S. Centers for Disease Control and Prevention estimates that 34 million Americans — just over 1 in 10 — have diabetes, and another 88 million — approximately 1 in 3 — have prediabetes.

This study revealed that serious cardiovascular events occurred in 18% of people with prediabetes compared with 11% of people with normal blood sugar levels over a median of five years follow-up. The relationship between higher blood sugar levels and cardiovascular events remained significant even after taking into account other factors that could play a role, such as age, gender, body mass index, blood pressure, cholesterol, sleep apnea, smoking and peripheral artery disease.

“Based on our data, having prediabetes nearly doubled the chance of a major adverse cardiovascular event, which accounts for 1 out of 4 deaths in the U.S.,” Michel said. “As clinicians, we need to spend more time educating our patients about the risk of elevated blood sugar levels and what it means for their heart health and consider starting medication much earlier or more aggressively, and advising on risk factor modification, including advice on exercise and adopting a healthy diet.”

Of particular concern was the finding that even when patients in the prediabetes group were able to bring their blood sugar level back to normal, the risk of having a cardiovascular event was still fairly high. Events occurred in just over 10.5% of these patients compared with 6% of those with no diabetes or prediabetes.

“Even if blood sugar levels went back to normal range, it didn’t really change their higher risk of having an event, so preventing prediabetes from the start may be the best approach,” Michel said.

This single-center, retrospective study included data from 25,829 patients treated within the Beaumont Health System in Michigan between 2006 and 2020. Patients were then split into either the prediabetes or control group based on at least two A1C levels five years apart; the control group included patients who maintained a normal hemoglobin A1C during the study. A total of 12,691 patients and 13,138 were included in the prediabetes and control groups, respectively. Participants ranged in age from 18 to 104 years. All patients were followed for the 14-year study period and researchers used international classification of disease codes or diagnostic codes to determine whether a major adverse cardiovascular event occurred.

The relationship between prediabetes and events were strongest among males, Blacks and people with a family history of cardiovascular disease or personal risk factors for heart disease. People who were overweight had the highest rates of cardiovascular events among all patients, even more than those who were obese, which is something Michel said needs to be studied further.

Prediabetes is thought to play a role in heart health because elevated glucose levels in the blood can damage and cause inflammation within the vessels. This causes injury to the vessels in the body and can lead to narrowing of the vessels and ultimately cardiovascular injury, Michel said.

The study findings are an important reminder for adults to know their blood sugar numbers, especially as prediabetes usually has no symptoms. As with diabetes, prediabetes is diagnosed based on results from blood sugar tests, including an A1C, which reflects someone’s average blood sugar for the past two to three months; a fasting plasma glucose test, which measures your blood sugar after not eating or drinking for at least eight hours beforehand; and/or an oral glucose tolerance test, which checks how well the body processes sugar after drinking a sweet drink given by the clinician. Prediabetes is suspected with an A1C between 5.7-6.4%, fasting blood sugar of 100-125 mg/dl, or an oral glucose tolerance test of 140-199 mg/dl, according to the American Diabetes Association. More research is needed to validate these findings.

1. American College of Cardiology. “Prediabetes may not be as benign as once thought: Study shows greater risk of serious cardiac events; suggests need for more aggressive treatment.” ScienceDaily. ScienceDaily, 5 May 2021. <www.sciencedaily.com/releases/2021/05/210505090240.htm>. 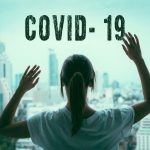 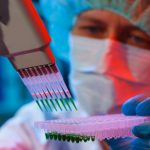