Study: Effect of LSD on Communication Patterns Between Brain Regions

A recent study led by researchers from the University of Zurich and Yale University has shown that LSD changes the patterns of communication between various regions of the brain.1 This research may provide insights into how mental health conditions develop as well as how psychedelic medicines may provide treatment for these disorders.

Lysergic acid diethylamide, or LSD, is probably most well known as a recreational hallucinogenic drug. However, the drug was originally developed as a blood stimulant, and has a long history in psychological research. Recent interest in the potential therapeutic use of psychedelics in conditions such as depression and PTSD have rekindled an interest in the clinical use of LSD.

During this recent study, researchers looked at brain scans to assess the effects of LSD on healthy brains of study participants. Data suggests that LSD may reduce communication between regions of the brain responsible for planning as well as decision making. Simultaneously, LSD was seen to increase connectivity between neural networks associated with movement and sensory perception.

During the study, it was found that changes in the brain caused by LSD are linked to the serotonin-2A receptor. “When we blocked this receptor using ketanserin, LSD stopped having an effect,” explains Katrin Preller, lead author of the study, who is currently also a visiting professor at Yale University. These receptors are targets for current depression treatments, and support the continued research of LSD for these conditions.

The changes in sensory perception and movement caused by LSD correlates well with the types of changes seen in psychotic conditions, such as schizophrenia. “The new findings may therefore also have an immediate impact on the treatment of psychotic symptoms as they occur in schizophrenia, for example,” says Franz Vollenweider, professor at the University Hospital of Psychiatry Zurich.

Schizophrenia is typically treated with antipsychotic medications that block some of the serotonin receptors assessed by this study. However, many patients don’t respond to these treatments. “By looking for similar patterns of brain activity identified in the study, clinicians may be able to identify which patients are most likely to benefit from these drugs,” explains Katrin Preller. 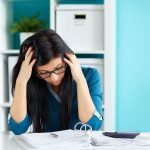 Stress Could Be Affecting Memory and Shrinking the BrainNaturopathic News 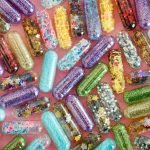