Study Finds Magnesium Can Aid in Staving Off Pancreatic Cancer

In a study published in the British Journal of Cancer, researchers out of Indiana University found that Magnesium was beneficial in staving off pancreatic cancer. That type of cancer is the fourth-leading cause of death among both men and women in the United States. Since 2002, the occurrence rate hasn’t changed much, but the mortality rate has increased every year between 2002 and 2011 according to the National Cancer Institute.

“Pancreatic cancer is really unique and different from other cancers,” said study co-author Ka He, chair of the Department of Epidemiology and Biostatistics at the IU School of Public Health-Bloomington. “The five-year survival rate is really low, so that makes prevention and identifying risk factors or predictors associated with pancreatic cancer very important.”

The study found that every 100-milligrams-per-day decrease in magnesium intake was associated with a 24 percent increase in the occurrence of pancreatic cancer. The study also found that the effects of magnesium on pancreatic cancer did not appear to be modified by age, gender, body mass index or non-steroidal anti-inflammatory drug use, but was limited to those taking magnesium supplements either from a multivitamin or individual supplement.

Magnesium can be found in dark, leafy greens or nuts. 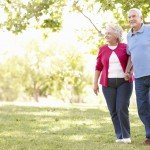 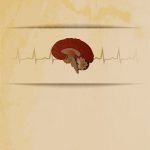