When it comes to fertility, many jump to the conclusion that it all happens in the uterus, but sperm count, motility, and health from the male side of the equation is equally important. If things aren’t going right with the little swimmers, she’s just as likely not to get pregnant. But recent study questions whether the health of the sperm may also impact the health of the fetus. Recent findings from an ongoing study suggests that phthalate levels in fathers may impact reproductive success through epigenetic changes to sperm DNA.1

Phlthalates are Found in Plastics

Phthalates are commonly found in plastics – BPA – and are detectable in 100 percent of the American population. It is generally accepted that they disrupt endocrine function, which affects hormone levels and activity. This study is the first time, however, that scientists have looked at how phthalates may influence sperm epigenetics and embryo development. It asks the question whether DNA methylation within sperm cells may be a mechanism by which a father’s toxic exposure could influence fetal development. DNA methylation does not change the DNA code, but is involved in the expression of genes.

Women have always been told not to drink, use tobacco products, or drink caffeine,  and environmental exposure is taken very serious with expectant mothers. But perhaps dad’s environmental health also factors into protecting the fetus. It takes a little over 2 months for sperm to mature, and we know that certain toxin, such as dioxin2 inhibit spermatogenesis, and it is perhaps important for other toxins to be avoided during this time as well.

The study involved measuring 17 metabolites from 8 different phthalate parent compounds in sperm samples. Then DNA methylation analyses were conducted on the sperm cells to look for associations. They examined approximately 485,000 different DNA sites for methylation. 131 regions of DNA methylation (out of 6,479) were associated with phthalate metabolites. Most of the phthalate compounds assessed were known to be anti-androgenic.

This preliminary research has a ways to go before specific biological associations to fetal development are flushed out, however, in the laboratory it seems that some of the DNA methylation regions are involved with poor blastocyst stage quality, which may impact the ability for the embryo to adhere to the uterine wall. At this point, the researchers are not making any definitive claims, only pointing out that these are interesting questions and data points. It has received a recent multi-million dollar grant to be replicated and expanded. 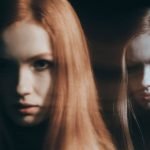 Could PTSD be Diagnosed by a Blood Test?Naturopathic News 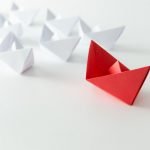