According to a study out of the Icahn School of Medicine at Mount Sinai and published in the medical journal eLife, there are specific combinations of gut bacteria produce substances that affect myelin content and cause social avoidance behaviors in mice. This breakthrough could lead to alternate ways to treat debilitating psychiatric disorders and demyelinating diseases, like multiple sclerosis.

One distinguishing characteristic of the autoimmune disorder Multiple Sclerosis (MS) is damage to myelin, which is the insulating sheath around the axons of nerve cells that allows for faster electrical impulse conduction. Myelination is critical for everyday brain function. If you have damaged myelin, you have altered synaptic transmission and clinical symptoms.

The study included the researchers transferring the fecal bacteria from the gut of depressed mice to genetically distinct mice exhibiting non-depressed behavior. The study showed that the transfer of microbiota was sufficient to induce social withdrawal behaviors and change the expression of myelin genes and myelin content in the brains of the recipient mice.

“Our findings will help in the understanding of microbiota in modulating multiple sclerosis,” said one researcher. “The study provides a proof of principle that gut metabolites have the ability to affect myelin content irrespective of the genetic makeup of mice. We are hopeful these metabolites can be targeted for potential future therapies.”

The gut-brain connection and communication continues to be important and could lead to more and more promising therapies. 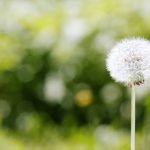 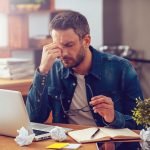