The definition of cognitive function is an intellectual process by which one becomes aware of, perceives, or comprehends ideas. It involves all aspects of perception, thinking, reasoning, and remembering. Cognition includes the attention of working memory, producing and comprehending language, learning, reasoning, problem-solving, and decision making. (www.thefreedictionary.com)

Dementia is defined as a serious loss of global cognitive ability in a previously unimpaired person, beyond what might be expected from usual aging. According to the ICD-9 coding, symptoms must be present for at least 6 months to support a diagnosis of dementia.

Cognitive function is what is used each day to live life more fully, with more awareness, and with relative independence. In an aging person, loss of cognitive function can challenge the ability to stay focused when working one’s way through simple daily tasks, to maintain connections to friends and family members, to figure out immediate and longer-term decisions, and, overall, to engage in the world. A 2007 update stated that there are 24 million people in the world with dementia and that if current trends continue, prevalence rates are likely to double every 20 years.1 Stepping in with preventative measures can make a difference in helping to preserve cognitive function, as well as slowing progression that may already be occurring.

Some key etiologies of diminishing cognitive function include:

Enhancing digestion is key in getting nutrients to all body systems and functions in the body.. In relation to food and the diet with the aging population, one question to consider with a patient is how much intervention, how much diet change, will be possible or even welcomed. It is clear that optimal nutrition and food choices contribute to optimal healing and overall well being. However, situational and economic conditions have to be evaluated. For those residing in assisted living facilities, the challenge of optimal nutrition has to be addressed at the institutional level. For aging people living on a fixed income, food choice can often be a financial decision. And, for others, it can be about what they are used to, are able to prepare, are culturally accustomed to, or simply what foods help them to feel engaged in life as they know it. When recommending dietary changes, it becomes important to keep in mind the balance between enhanced cognitive function and what may alter the patient’s perceived day-to-day quality of life, especially in someone who has already begun to decline.

Testing for and chelating heavy metals can be a preventative path that can change the course of cognitive function decline over time. Care needs to be taken with anyone who is chelating metals, to be sure all the emunctories are open and functioning, especially with the aging population. Gemmotherapy can be used to gently mobilize metals out of the body, in particular, Vitis vinifera (grape vine), specific for lead, and Salix alba (white willow), specific for mercury.

Genetic predisposition can play a key role in the impact of environmental epigenetic influence on cognitive function and its decline with aging. Looking at family history, as well as the ability of each individual to detoxify, can offer useful predictive information regarding risk of developing cognitive decline and Alzheimer’s disease.

Some key herbs that enhance circulation, in general, can increase blood flow to the brain, supplying essential nutrients and clearing away products of inflammation that could lead to increased oxidative damage. Crataegus oxycantha (hawthorn) will increase contractility, sending more blood throughout the body with each heartbeat.. Syringa vulgaris (lilac), as a gemmo remedy, is antispasmodic to smooth muscle of the vasculature, thereby increasing vasodilation and microcirculation. Begin using Syringa in small doses, increasing the dose slowly. The gemmo of Citrus limonum, made from the bark of the small branches of the lemon tree, thins the blood and has rapid and short-term action on increasing blood flow. The ginkgolides and bilobalides in Ginkgo biloba dilate blood vessels and decrease platelet activating factor (PAF), thus increasing cerebral circulation. The bilobalides are also neuroprotective, which is important in cognitive function. Herbs that contain salicylic acid will act on coagulation, moving blood, as well as modulate inflammation through COX pathways. Besides Salix spp, other salicin-containing plants are Cornus sanguinea, Betula spp, Populus spp, Gaultheria procumbens, and Filapendula ulmaria. The “four G” herbs are known to increase circulation – garlic, ginger, ginseng, and lastly ginkgo (discussed above). In cooking and medicinal use, the pungent herbs, including Capsicum frutenscens, Piper nigra, and Armoracia rusticana, will increase agni, the digestive fire, act as a diaphoretic to increase sweating, as well as move blood.

Circulation is strongly influenced by Centella asiatica (gotu kola). Being a rejuvenative nervine, gotu kola can pacify a pitta-aggravated nervous system. It is also a brain tonic, improving memory and cognitive function.2 In India, it is considered the most spiritual of all herbs, opening the crown chakra and enhancing meditation.

Clinical application of foods and herbs with antioxidant activity can slow down the decline of cognitive function. Oxidative damage can affect any organ system in the body, but especially the brain. Oxidative damage to vessel walls initiates the development of atherosclerosis/arteriosclerosis, decreasing blood flow. The adenosine monophosphate-activated protein kinase (AMPK) enzyme pathway is considered a metabolic master switch for increasing ATP production; it is pivotal in the regulation of cellular energy homeostasis.3 This pathway can be activated by exercise at about 60% of maximal aerobic capacity, or prolonged at lower intensity.4 AMPK decreases fatty acid synthesis, increases beta oxidation of free fatty acids, and decreases overall fatty acid and cholesterol production. AMPK also increases glycolysis, promotes glucose uptake in skeletal muscle, inhibits hepatic gluconeogenesis, and decreases glycogen synthase, overall enhancing glucose regulation and insulin effectiveness.5 Other actions of AMPK include inhibition of the NFkappaB pathway6 and aromatase,7 both of which are critical in limiting oxidative stress and inflammatory damage.

Chlorogenic acid, also known as 5-O-caffeoylquinic acid, is considered to be the most abundant polyphenol in the diet. It is found in coffee, potatoes, tomatoes, blueberries, fruits of the Rosaceae family, and some plants in the Asteraceae family, including Echinacea, Arctium, Taraxacum, Cynara, and Inula. These foods and herbs act as antioxidant and inflammation modulators, activating AMPK.8

Other herbs to consider for these essential antioxidant and inflammation-modulating actions are Vitis vinifera/Pinus spp, sources of resveratrol; Cercis siliquastrum (Judas tree) as the gemmo preparation, containing the important brain nutrient, phosphatidylcholine; Commiphora mukul, a resin from myrrh tree called guggul; Curcuma longa (turmeric), useful in cooking and in an absorbable supplemental form; and Camilla sinensis (green tea), containing the flavonoid, epigallocatechin gallate (ECGC). Two herbs from the Traditional Chinese Medicine (TCM) materia medica are important to consider: Salvia miltiorrhiza (danshen), in a combination with rosmarinic acid and lithospermic acid, has been shown to improve blood circulation.9 Also, the polyphenol isolated from Magnolia spp has been shown to activate AMPK.10

The relationship between glucose dysregulation and the decreased cognitive function of Alzheimer’s disease (aka type III diabetes) has been reviewed extensively in the literature, resulting in a recognition that this is a significant contributor to its pathogenesis.11 There is an increased risk of developing mild cognitive impairment (MCI) in individuals with type 2 diabetes mellitus.12 Progressive brain insulin resistance has been shown in Alzheimer’s disease.13,14 Treatment with insulin-sensitizing agents or intranasal insulin has been shown to improve cognitive performance in Alzheimer’s patients.15,16 With this recognition, including herbs to manage blood sugar levels and insulin response in a treatment plan to prevent, slow the progression, or reverse the decline of cognitive function, is essential.

Berberine is the primary alkaloid found in Mahonia spp, Berberis vulgaris, Coptis chinensis, and Hydrastis canadensis. An herb in the TCM tradition that contains berberine is Phellodendron (huang bo). It is bitter and cold, and purges heat, clearing damp heat in the lower jiao. Berberine extract has been shown to lower blood glucose levels as effectively as metformin.17

Gymnema sylvestre is an Ayurvedic herb. Its sanskrit name, gudmaar, translates as “sugar destroyer.” It performs this task through a group of actions: increased secretion of insulin, regeneration of islet cells in the pancreas, increased utilization of glucose, and inhibition of glucose absorption from the intestines.18

Galega officinalis is the original source of guanidine, the precursor for the guanidine-based drug, metformin.19,20

Salacia reticulata/oblongata is an Ayurvedic herb in the Celastraceae family that has traditionally been used to manage glucose regulation. It inhibits uptake of carbohydrates from the intestines, thereby decreasing postprandial insulin secretions.21,22

Other blood sugar-regulating herbs to consider are Trigonella foenum-graecum (fenugreek seeds), best taken powdered; Momordica charantia (bitter melon), eaten as a vegetable or prepared in capsule form; Cinnamomum cassia, used as a spice and in supplement form; and Vaccinium spp (bilberry or blueberry), the leaves of which have a hypoglycemic action and contain the fruit antioxidant, specifically targeting the pigmented retina of the eyes. Adaptogen herbs have a role in glucose management, as well as supporting optimal cognitive function, including Panax spp, especially Panax quinquefolius (American ginseng) and Gymnostemma pentaphyllum (juaogulan, or twisting vine orchid).

Throughout this summary of herbal thinking about cognitive function, it becomes obvious that there is much interconnectedness between circulation, antioxidant action, inflammation modulation, and glucose regulation in the body. The herbs to consider will often influence healing in more than just 1 pathway. Genetics plays a part in cognitive function health, with epigenetics – how one lives his or her life – having a bigger role. Choosing to live life consciously, including choices we make about the foods we eat, exercise, sleep, stress management, and meditative/contemplative practices, can go a long way in the prevention and overall support of our cognitive function. 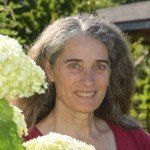 Robin DiPasquale, ND, RH (AHG) earned her degree in naturopathic medicine from Bastyr University in 1995 where, following graduation she became a member of the didactic and clinical faculty. For the past 8 years, she has served at Bastyr as department chair of botanical medicine, teaching and administering to both the naturopathic program and the bachelor of science in herbal sciences program. Dr DiPasquale is a clinical associate professor in the department of biobehavioral nursing and health systems at the University of Washington in the CAM certificate program. She loves plants, is published nationally and internationally, and teaches throughout the U.S. and in Italy on plant medicine. She is an anusara-influenced yoga instructor, teaching the flow of yoga from the heart. She currently has a general naturopathic medical practice in Madison, WI, and is working with the University of Wisconsin Integrative Medicine Clinic as an ND consultant. 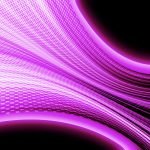 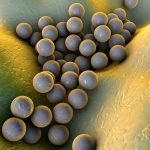