It is well known that the worldwide overprescribing of antibiotics during the last several decades has led to the serious problem of antibiotic-resistant organisms and resultant infections. Agencies such as the World Health Organization (WHO) and Centers for Disease Control and Prevention (CDC) are working to address the issue, but the problem has worsened despite efforts to raise awareness of both prescribers and consumers. In the CDC’s recently published article, “Antibiotic Resistance Threats in the United States 2013,”  the agency conservatively estimates that 2 million people per year are sickened by antibiotic-resistant infections, with an estimated 23 000 deaths.1 The report focuses on bacteria (plus Candida, since it is common and developing drug resistance) and categorizes them into urgent, serious, and concerning threats – 18 in total – and provides statistics on epidemiology, information on drug resistance, and guidelines for prevention for each of these organisms.

Methicillin-resistant Staphylococcus aureus (MRSA) has been categorized by the CDC as a serious threat. The CDC estimates over 80 000 invasive MRSA (skin, lung, or septic) infections in the United States per year, with over 11 000 associated deaths.1 The infection is often contracted nosocomially via medical devices or direct contact, or in community settings such as prisons, shelters, and day care centers, where both exposure and decreased immunity play a role. Factors that are known to increase the risk of MRSA colonization in a hospital setting include intensive care unit (ICU) length of stay, the number of invasive devices in situ, and being nursed adjacent to another patient with MRSA.2

Active surveillance cultures (ASC) via nasal swabs are important testing procedures routinely performed in a hospital setting during a known outbreak and on patients with high risk of exposure and susceptibility, including patients who are in the ICU, immunocompromised, or on hemodialysis.3 ASCs are imperative because nasal colonization frequently precedes infection. This test enables hospitalists to identify MRSA in its earliest stages and minimize poor outcomes.3 Prophylactically, some patients may be encouraged to bathe in 2-4% chlorhexidine daily to prevent the colonization of MRSA.3

It is customary for infected hospital patients to be treated with topical 2% mupirocin applied to the nares 2 to 3 times daily, as well as be bathed in 2-4% chlorhexidine daily to maximize decolonization efforts.

There is no optimal systemic treatment regimen for MRSA.3 However, oral agents such as clindamycin, trimethoprim-sulfamethoxazole, doxycycline, and linezolid, as well as parenteral agents such as vancomycin and telavancin, are often used.4

The financial implications of MRSA infections are taxing on both individual and community levels. In the United States, community acquired-MRSA (CA-MRSA) infections, alone, impose an annual burden of $478 million to $2.2 billion on third-party payers, and an estimated $1.4 to $13.8 billion on society.5

Drug companies and researchers are scrambling to design and test different synthetic drugs to battle antibiotic-resistant organisms such as MRSA. Additionally, some researchers are turning to “novel” treatment approaches such as the use of essential oils. These have gained international popularity for their medicinal properties, particularly for their potent antimicrobial effects. Research (primarily being done in Europe) on the efficacy of essential oils as a treatment for MRSA and other infectious diseases appears promising.

Melaleuca alternifolia is an Australian-native plant, the leaves from which are steam-distilled, thereby producing tea tree oil (TTO). Tea tree has long been used medicinally by the Aborigines and has been used more recently in aromatherapy as an antiseptic agent. Clinically, TTO is known for its effectiveness in treating skin infections such as acne, tinea pedis, and onychomycosis.6 Terpene alcohols (terpinen-4-ol, alpha-terpineol, and linalool) in TTO are the active constituents that provide antimicrobial effects.6

Clinical skin isolates were also grown as biofilms to more closely mimic the conditions in dermal staphylococcal infections. A biofilm susceptibility was determined for 12 strains of MRSA and 10 strains of MSSA. All strains of MRSA and MSSA were eradicated within 1 hour following exposure to a 5% TTO solution.7

In a 2000 pilot study conducted by Caelli et al at John Hunter Hospital in Newcastle, Australia, the effects of a 4% TTO nasal ointment and a 5% TTO body wash (intervention group) were compared with a standard 2% mupirocin nasal ointment and a triclosan body wash (control group) on 30 inpatients who either had an active MRSA infection or who were colonized with the antibiotic-resistant bacteria. All infected patients were also administered IV vancomycin.8

A 2004 study by Dryden et al in the United Kingdom compared a standard treatment of mupirocin nasal ointment, chlorhexidine gluconate soap, and silver sulfadiazine cream to TTO 10% cream and TTO 5% body wash, to assess effectiveness in clearing MRSA colonization in 224 hospitalized adults. Both of these regimes were administered for 5 days.9

The results of the study demonstrated that the 114-patient standard-care group had 56 patients (49%) who were cleared of MRSA colonization, whereas the 110-patient TTO group had 46 patients (41%) who were cleared.9 There was no statistically significant difference between treatment regimens; the TTO group cleared MRSA carriage comparably to the standard of care. It is important to note that the 2% mupirocin ointment was significantly more effective at clearing nasal colonization (78%) than 10% TTO cream (47%), but the TTO treatment was more effective than chlorhexidine and silver sulfadiazine (47% TTO vs 31% standard) at clearing MRSA skin infection sites.9

In another study, conducted by Blackwood et al, the effects of a 5% TTO topical wash was compared to the standard use of a commercial baby body soap in the prevention of MRSA colonization in a population of critically-ill patients from 2 intensive care units (ICU) in Northern Ireland.2 A total of 391 patients completed the study (195 in the 5% TTO group, 196 in the baby soap group). Although the findings of the study demonstrated that the 5% TTO body wash was comparably effective to the standard baby soap in preventing MRSA colonization, the authors did not recommend TTO as an alternative.

MA is a 35-year-old white female with a 3-year history of recurrent MRSA cellulitis on her upper inner thighs. She contracted the infection while being treated in an outpatient mental health clinic. Every few weeks she develops multiple abscesses that require painful lancing and drainage and a variety of oral antibiotics. In the community clinic setting, she sought another approach to her condition.

She was prescribed organic, therapeutic-grade tea tree oil for topical application daily. She was to dilute the TTO in olive oil if the neat (undiluted) application was too irritating. Additionally, she was prescribed Epsom salt baths, oral probiotics, and was counseled on dietary modification and stress modulation. A fasting CMP was also run to check on fasting glucose levels, which were within normal range.

At 1- and 2-month follow-up appointments, she had not experienced another recurrence. To definitively assess the effectiveness of this course of treatment, further follow-ups would be needed.

Universal precautions such as hand-washing and cleaning clinical rooms after and between patient visits are vital precautionary steps to limit the transmission of organisms to susceptible hosts. Utilizing an electric essential oil diffuser with TTO and other essential oils (grapefruit, for example) to release droplets that fall on all surfaces for disinfection can complement standard procedures.

As classified by the CDC, MRSA is a serious threat to our health system. It maintains resistance to some of Western medicine’s strongest antibiotic agents, imposes substantial financial burden, and contributes to a significant number of deaths annually. In the realm of essential oils, there is a plethora of research available on TTO and its antimicrobial action. The vast majority of these studies that have been conducted are in vitro; however, especially within the past decade, additional studies have been performed in vivo in hospital settings.

The research on MRSA treatments clearly demonstrates the efficacy of TTO in both inhibiting bacterial growth and proactively killing the bacterium.7 The optimal concentration of TTO preparations in the treatment of MRSA is unknown; however, most studies reference a 5% or 10% dilution.9 These topical preparations are well-tolerated by patients. It is uncertain at this time if higher concentrations will result in greater efficacy while maintaining patient tolerability. Additional research parameters, such as contact time – how long the treatment remains on the patient’s skin – need to be researched to fully explore TTO’s mechanism of action. Also important to consider is the quality and purity of the essential oils used in research and practice, as they can vary widely in the industry.

Ultimately, minimizing patients’ exposure to aggressive organisms and optimizing their hardiness and vitality can prevent infections like MRSA. It is imperative that physicians worldwide learn to prescribe synthetic antibiotics more judiciously in order to minimize the progression of antibiotic-resistance. As the most recent research suggests, when potent antimicrobial actions are necessary, essential oils like TTO may be a viable and effective alternative for treatment. 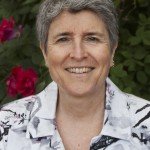 Nancy Scarlett, ND is a 1997 graduate of NCNM. She is an NCNM associate professor in the naturopathic, classical Chinese medicine, and integrative research programs in the areas of clinical/physical diagnosis and bioethics. She treats patients at the InAct clinic, a drug/alcohol/gambling addiction program. She has an avid interest in the clinical use of essential oils. 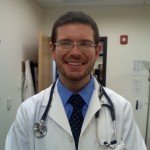 Timothy Miller is a naturopathic and acupuncture medical student at the National College of Natural Medicine in Portland, OR. In 2007, he began his training in essential oils. He is passionate about aromatherapy and has a drive to promote this field through awareness and education. He has completed a certification training through the National Association of Holistic Aromatherapy and is in process of sitting for the Aromatherapy Registration Council’s examination to become a registered aromatherapist. While completing his schooling, he is concurrently developing course work to house his own live and distance-learning medical aromatherapy curriculum utilizing dynamic and engaging learning techniques for the naturopathic profession. 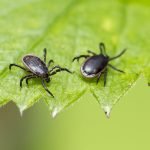 Take a Bite Out of LymeBacterial/Viral Infections 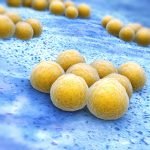