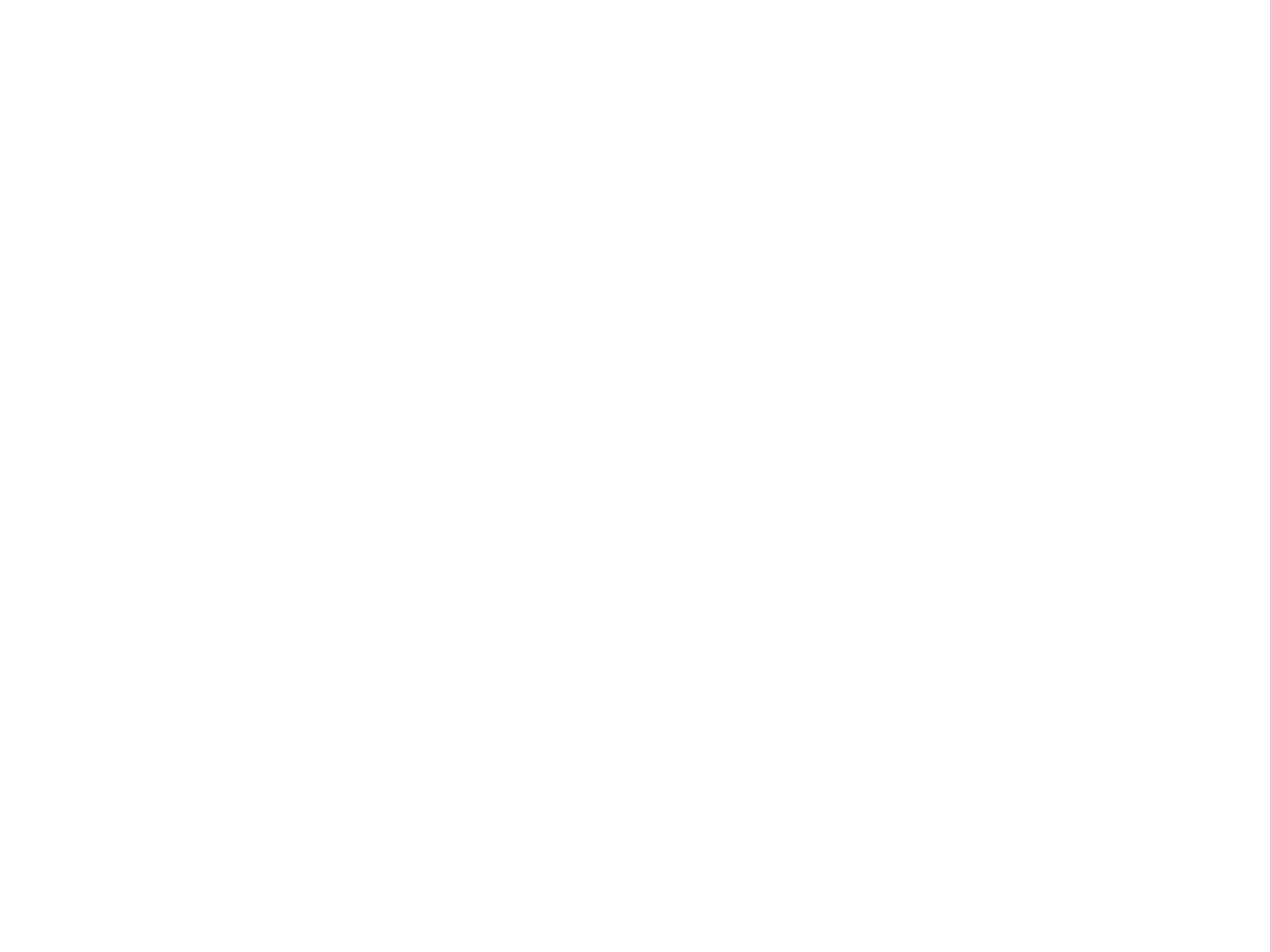 Pyrroloquinoline quinone (PQQ) is a compound found in interstellar dust, that also acts to generate the spark of life in every living cell in our body; PQQ has nearly unlimited potential to improve human health. Specifically, PQQ is a novel vitamin-like compound that acts as a necessary active factor in the functioning of mitochondria. PQQ is showing a wide range of clinical benefits for brain and body function, based upon preclinical studies and initial clinical evaluation.

PQQ is a Vital Nutrient

PQQ stimulates growth and serves as a cofactor for a special class of enzymes involved in cellular function, including cellular growth, development, differentiation, and survival.1

PQQ is also as an extremely powerful antioxidant capable of catalyzing continuous cycling (the ability to perform repeated oxidation and reduction reactions) to a much greater degree than other antioxidants. For example, PQQ is able to carry out 20 000 catalytic conversions, compared to only 4 for vitamin C.1,2

Based upon the current research, there is no question that it plays a critical role in human nutrition.1,3 Omitting PQQ from chemically-defined diets in mammals leads to growth impairment, compromised immune status, and abnormal reproductive function.5 The nutritional requirements of PQQ are probably in line with folic acid and biotin, in terms of micrograms versus milligrams per day. Like essential nutrients, the immune system seems particularly sensitive to low levels of PQQ. Deprivation of PQQ leads to multiple defects in immune function and a reduced ability of white blood cells to respond properly.1

In regards to dietary sources, PQQ has been found in all plant foods analyzed to date.1 PQQ-rich foods include parsley, green peppers, kiwi fruit, papaya, and tofu.4 These foods contain about 2-3 µg per 100 g. Green tea provides about the same amount per 4-oz serving. These levels are far lower than the 10 to 20 mg dosage of PQQ used in clinical trials.

A Closer Look at PQQ Functions in Mitochondria

One key action of PQQ involves a direct action on key enzymes in mitochondria. As a result, PQQ improves energy production.1,6 In line with its powerful antioxidant effect, PQQ protects against mitochondrial damage. However, PQQ not only protects mitochondria from oxidative stress, it also promotes the spontaneous generation of new mitochondria within aging cells – a process known as mitochondrial biogenesis, or mitochondriogenesis.1,6,7 This effect is a “fountain of youth” for mitochondrial function.

What are the Clinical Uses of PQQ?

Given PQQ’s nutritional importance and tremendous span of physiological effects, there are considerable benefits of PQQ in conditions that involve low mitochondrial function, including aging, many brain and neurological diseases (eg, Alzheimer’s and Parkinson’s disease), and many other chronic degenerative diseases. Current research has primarily focused on its ability to protect memory and cognition in both aging animals and humans. Here are some of the effects noted in the animal studies:

PQQ activates AMPk, an enzyme that is found inside living cells that serves as a “master regulating switch” in energy metabolism. Low levels of AMPk activity are associated with:

Since PQQ activates AMPk, researchers believe that it is only a matter of time before clinical data is produced showing PQQ to be helpful for a long list of health challenges.

A recent study supports this statement. In a study using a safe form of PQQ produced through a natural fermentation process, clear benefits were observed that were attributed to the activation of AMPk by PQQ.18 In test subjects with an initial level of LDL-C greater than 140 mg/dL, 6 weeks of PQQ supplementation produced a statistically significant decrease in total cholesterol (from an average of 247 to 216 mg/dL) and LDL-C (from an average of 156 to 132 mg/dL). Results persisted at 12 weeks.18

While PQQ is somewhat effective on its own in improving brain function, when it is combined coenzyme Q10 (CoQ10), even better results are observed. This synergistic effect was first seen in animal studies, and was further demonstrated in a human double-blind, placebo-controlled clinical trial conducted in Japan in 2007.19 In this study of 71 middle-aged and elderly people age 40-70, supplementation with 20 mg per day of PQQ (the naturally-produced form mentioned above) resulted in improvements on tests of higher cognitive function compared to the placebo group; however, in the group receiving 20 mg of PQQ along with 300 mg of CoQ10, the results were even more dramatic.19 PQQ and CoQ10 are both involved in mitochondrial energy production, so these results are not that surprising.

PQQ is active on its own, and in most people under 50 years of age there may be no need for simultaneous use of PQQ and CoQ10 unless the person is taking a drug like cholesterol-lowering statins that interfere with CoQ10 manufacture.

One human study used PQQ as a single agent in 10 subjects (5 females, 5 males) between the ages of 21 and 34 years.20 The subjects were given PQQ (the naturally-produced form) in a single dose (0.2 mg PQQ/kg body weight), after which multiple measurements were taken of plasma and urine PQQ levels and changes in antioxidant potential over a 48-hr period.20 Results indicated a significant increase in antioxidant potential after only this single dosage.

These same subjects had their blood measured for markers of inflammation (plasma C-reactive protein and interleukin-6), as well as urinary metabolites related to energy metabolism, before and 72 hours after being administered a daily dose of PQQ (0.3 mg PQQ/kg).20 PQQ supplementation resulted in significant decreases in CRP and IL-6. Furthermore, the changes in urinary metabolites were consistent with enhanced mitochondria-related functions. The data are among the first to link systemic effects of PQQ in animals to corresponding effects in humans.

One question regarding PQQ is what is an effective dosage? Specifically, if the nutritional requirement of PQQ is likely less than 500 µg daily, then why is the recommended dosage 10 to 20 mg? In order to get a measured response in mitochondrial function in adult animals, it is necessary to feed them higher amounts of PQQ. A good analogy is vitamin C: While only 8 to 15 mg of vitamin C might protect against the overt signs of scurvy, the recommended dietary allowance currently stands at 75 to 90 mg per day for optimal function (for adults, excluding pregnant and lactating women), and even higher amounts are required for clinical applications.

The current recommendation of 10 to 20 mg of PQQ per day is based upon the equivalent dose in animals that has consistently improved various mitochondrial functions. There are also some clinical and observational studies that justify this dosage, especially the 20 mg dosage, for enhancing memory.

Physicians need to be aware of different forms of PQQ on the marketplace. There is only 1 safe form available that is produced naturally. Other forms are produced through a chemical synthesis, involve the use of fairly toxic compounds, and have unresolved safety issues. As mentioned, the dosage recommendation for PQQ is 10 to 20 mg daily. 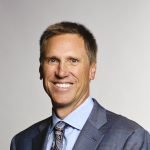 Dr. Murray is one of the world’s leading authorities on natural medicine. He has published over 30 books featuring natural approaches to health. He is a graduate, former faculty member, and serves on the Board of Regents of Bastyr University in Seattle, Washington. Dr. Murray is the Chief Science Officer of Enzymedica.  Learn more at www.DoctorMurray.com. 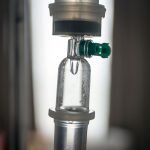 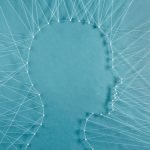