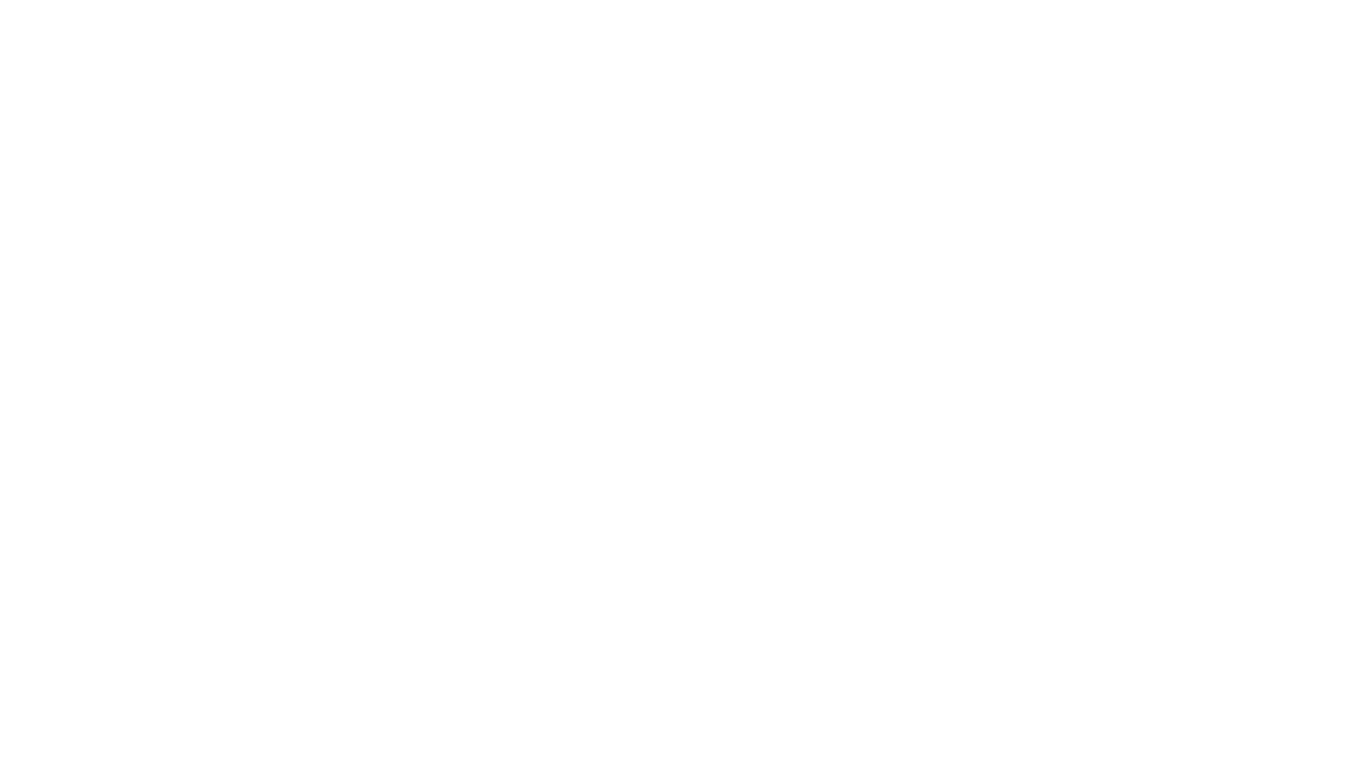 Spotting autism at its very earliest stages and before symptoms occur to provide individualized targeted intervention is now an intense focus of autism research. This expert interview with Jeremy Nicholson, PhD, discusses a new urinary diagnostic test method that identifies a unique global metabolic “signature” of autism, with which gut microbe by-products were most associated. This could eventually become an early detection test to help prevent the disease in a portion of the population with autism spectrum disorders (ASD). Dr Nicholson discusses findings by him and his colleagues that were recently published in the Journal of Proteome Research.1

Please share with our readers your educational background and current position.

Dr Nicholson: I am the Professor of Biological Chemistry and head of the Department of Surgery and Cancer at Imperial College London. I am a biochemist and lead one of the world’s largest research groups in translational and systems medicine. We are now trying to implement advanced technologies for point-of-care diagnostics and personalized healthcare, hence my current appointment.

What led to your research on ASD and the interplay between gut microbiota and urinary metabolites?

Dr Nicholson: Autism is one of the most complex and poorly understood diseases, with a rapidly rising prevalence. We were interested to see if our advanced metabolic profiling technology could be applied to generate novel biochemical markers that might give us new insights into the systemic processes. Autism is frequently associated with GI [gastrointestinal] disorders, and most autistic children are in the lowest decile of the BMI [body mass index] range. It is also known that they have a very strange collection of gut bugs, mainly in the Clostridium family and that they have systemic metabolic defects, especially in sulphur metabolism.

What are the gastrointestinal disorders associated with ASD?

Dr Nicholson: It varies quite a lot according to where you are in the world, but probably 50% to 70% of autistic children in the USA suffer some sort of GI problems, most often constipation and/or diarrhea, often alternating between the 2. They frequently have generalized gut inflammation, which can be very painful. Only 30% of our kids had GI problems, but most of them had an unusual metabolic signature.

Can this expand to influencing the gut-brain axis?

Dr Nicholson: We all know that there are complex biochemical interactions between the gut and brain, including many hormonal connections. There may well be gut microbial-host metabolic signaling processes that affect the brain, as well as many other aspects of human physiology. We are interested in understanding these recently discovered communication processes and their disruption in disease.

Dr Nicholson: That’s a big question. It is true that autistic children cannot sulfate (detoxify) a number of drugs very well, including paracetamol (acetaminophen). One reason, we think, is that gut microbes can make substances that compete with drugs for detoxification. There may also be genetic reasons why autistic children cannot sulfate drugs properly. This may have many consequences, including inappropriate exposure to potentially neurotoxic or neuroactive substances, and this needs to be proved. Bugs are extensively involved in bile acid metabolism, and these substances are also potent signaling molecules, which have important regulatory effects in multiple organ compartments (eg, cholesterol metabolism is partly under these bugs’ regulatory control). Thus, disruption of the gut microbes has many systemic consequences, and we are interested to know if this is important in autism. Incidentally, this has nothing whatever to do with the discredited MMR [measles-mumps-rubella] story (thimerosal/mercury). MMR is not connected to autism as far as we know. Certainly, the gut problems need to be understood.

The study1 has generated considerable interest within the scientific community, ASD groups, and the world press recently. Hearing an overview and summary with key findings from you would delight our naturopathic readers.

Dr Nicholson: Put simply, we can demonstrate that a urinary test for autism is probably practical. It might be possible with further work to create an early detection test that will allow time-sensitive therapeutic interventions to begin modification of behavior and symptoms. Our specific biochemical findings point to several pathways not previously explored in relation to autism, including nicotinamide metabolism. This is also known to be abnormal in Parkinson’s disease as well, although at present we know of no direct mechanistic connection between Parkinson’s and autism.

Your paper describes using metabolic profiling as an approach to capture the “global metabolic signature” of autistic individuals. That sounds fascinating. Can you define this in terms of the autistic gut and elaborate?

Dr Nicholson: Your metabolic profile says who you are. It captures elements of your genetic background, diet, lifestyle, [and] bug activity and is modulated in disease states. It can be used to generate new diagnostic, prognostic, and therapeutic efficacy biomarkers for disease monitoring. My group has spent the last 30 years developing this strategy.

What would be its clinical relevance to practicing physicians currently treating ASD?

Dr Nicholson: The important thing is to do another larger-scale study to validate the biomarkers and to see how useful they are in very early stages of autism—also, to use the profiles to monitor the biochemical effects of the many treatments that have been used in autism and to see which ones, if any, do anything useful in normalizing the biochemistry. This is still several years away, but we are trying to set up new studies now.

In other words, these urinary biomarkers show a metabolic map of some children with autism and that it is different from their siblings and unrelated nonautistic children. What are some examples of the biomarkers?

Dr Nicholson: N-methylnicotinamide is a strong marker, but there is a pattern of abnormality in aromatic metabolites of gut microbial origin such as cresol metabolites, hippurate, etc. There are probably many more still to be discovered.

This paper makes an intriguing link between the ASD urine profile reflecting abnormal gut microbial activity, abnormal sulphur metabolism, and possible metabolic endotoxemia. This is a detoxification concept that naturopaths and functional medicine specialists share a unifying concept of. How important has this study been to further that understanding?

Dr Nicholson: I think that modern systems biology shows the complex connections between many diseases that are often thought of as being very different. Systems biology by definition tries to capture the big picture, and so philosophically this is aligned with many types of holistic medical thinking, including things like Traditional Chinese Medicine. Of course, we must be absolutely scientifically rigorous in generating and testing these hypotheses, as well as extensively cross-validating results using established scientific method. Otherwise, we get nowhere in any sort of medical practice or therapeutic development.

Could the deteriorating gut flora of the mother contribute to the unique urine metabolite profile of the autistic child?

Dr Nicholson: You get your first microbes from your mother at birth and then more during breastfeeding, so there is obviously a maternal-infant bug connection.

Does your study suggest a new tool for early intervention, which can diagnose autism with a simple urine test? That would be breakthrough news.

Dr Nicholson: The fact that autism has a distinctive metabolic signature is the news. What the signature actually means, we have to work on. If we can understand why it is wrong, then we might get a new therapeutic strategy.

Many questions remain, and the practical expectations within the exam room are still unclear, but this brings us closer to possible therapeutic interventions. Your work appears to provide a unifying identification method and plausible monitoring tool that collectively supports a complementary body of mucosal immunity research.

Dr Nicholson: We are involved in nutritional and probiotic work linked to major food companies. It is true that prebiotics and probiotics may be effective in many gut disorders, including autism. Not everyone responds well, however, as all gut microbial communities have unique elements even within disease states. We have a long way to go before we understand these interactions and why such interventions work in some people and not others.

Thank you, Dr Nicholson, for sharing your expertise and insights on this perplexing disorder. Your research certainly brings us closer to an understanding. Any closing comments?

Dr Nicholson: The disorder varies a lot in prevalence. Even within one country, some areas may have a rate much higher than 1 in 120, and others much lower. Looking at these populations comparatively may be of great value in the future. Also, the observed rate in the USA in 1980 was about 1 in 15 000. The disease was only first reported in 1943 by Kanner.2 Did we really miss so many for so long? Or, is this rise real? Time will tell, of course, but maybe we have less time than we think.

This was a cross-sectional analysis study1 among a small sample of 39 children with autism (35 boys and 4 girls), 28 siblings, and 3 control subjects from different geographical regions. The primary focus was on developing a urinary biomarker test for autism. Multivariate statistical analysis was needed to flush out the subtle differences in biomarkers between groups. It did not intend to be an investigation of the role of microbes in autism, nor did it prove that gut microbes are a cause of autism. We also do not know much about the subjects (such as diet, supplements, and medications).

I found the study to be quite informative and detailed about several other specific patterns of autism physiology that were observed. Perturbations in taurine, NAG, and succinate were found as well. Discussions included review and speculation about the role of exogenous vs endogenous sources, fecal Clostridia species, tryptophan-serotonin-melatonin, methylation, sulphur oxidation, oxidative stress, and metagenomics. Yet, many of these data remain preliminary.

The urinary test strengthens the link between gut microbes and autism and provides new clues. For intervention, bugs would be easier to modify than genes. However, the article stopped short of declaring that a new urinary diagnostic test for autism will be available soon.

I could not help but speculate that somehow this may eventually turn out to be related to the emerging research on the influence of vitamin D in the gut. It was recently published that, along with vitamin D, microbes can regulate the gVDR even in the absence of 1,25 dihydroxyvitamin D.3 The fecal microbiota may also be higher in Bacteroidetes and Sutterella among most children having autism with gastrointestinal symptoms.4,5

The dysbiotic mother who has low vitamin D probably passes more autistic bug behavior to her hypo–vitamin D newborn. Could the lack of active gut vitamin D in the newborn cause a significant shift in the regulation of the gVDR via colonic microbes, which then alters immunogenomic expressions and leads to autism? Would it be possible to see this reflected as a metabolic signature in the urinary profile? If so, it is plausible that future preventive therapies may consist of personally matched probiotic strains6 in synergistic combination with vitamin D3, thus acting much like pharmaceuticals to target mucosal gVDR regulation and genomic expression. These could be administered during the critical periods of development such as pregnancy, the neonatal state, infancy, and breastfeeding. …Hmm.

Mark Swanson, ND, writes “The Expert Report” column, which is featured in NDNR.  Dr. Swanson has over 25 years experience as chief medical advisor, research and technical consultant, and products formulations expert to leading practitioner brand supplement manufacturers.  He is a former associate editor for the American Journal of Naturopathic Medicine, national product director, and published researcher. He is a pioneer graduate of Bastyr University, 1984.  Dr. Swanson has his private practice specializing in Preventics Care and Functional Medicine, in Sequim, Washington. Contact: drmarkswanson@gmail.com 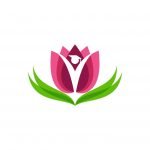 Conversations about Professionalism with a Few of Our New NDsEducation 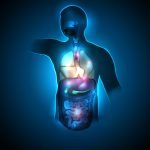 Naturopathic Support for an Individual with a Stoma: Case Study of an 84-Year-Old Woman with a Transverse Colostomy Resulting from Acute Intestinal InfarctAnti-Aging, Detoxification Medicine, Gastrointestinal, Geriatrics, Mind/Body