How Toxic Chemicals in Personal Care Products Can Cause Harm 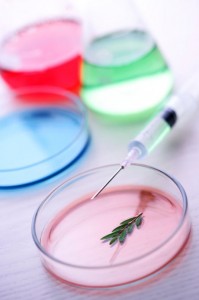 Naturopathic physicians are experts in helping people decide what to put in the body; we are also well-positioned to provide expert advice on what to put on the body. Personal care products represent the largest class of avoidable exposures to toxic ingredients and yet have not received the attention accorded to carcinogenic and toxic pollutants in air, water, home, and workplace. Unlike these toxins, however, we can exercise control over what we put on our skin. Cosmetics and personal care products are not only the single most avoidable category of threats to our health, but they also have the widest range of alternative, safe products.

The Food and Drug Administration (FDA) has no requirement for testing or approval before these products are marketed. There are also no mandates for label warnings identifying known allergens, carcinogens, or endocrine disruptors. This industry is self-regulated. While the European Union (EU) has adopted the Precautionary Principle in addressing potentially toxic chemicals in personal care products before release, the United States looks for irrefutable proof of harm before recalling toxic ingredients.

This paper provides an overview of overt and hidden carcinogens, endocrine disruptors, and skin allergens commonly found in personal care products. 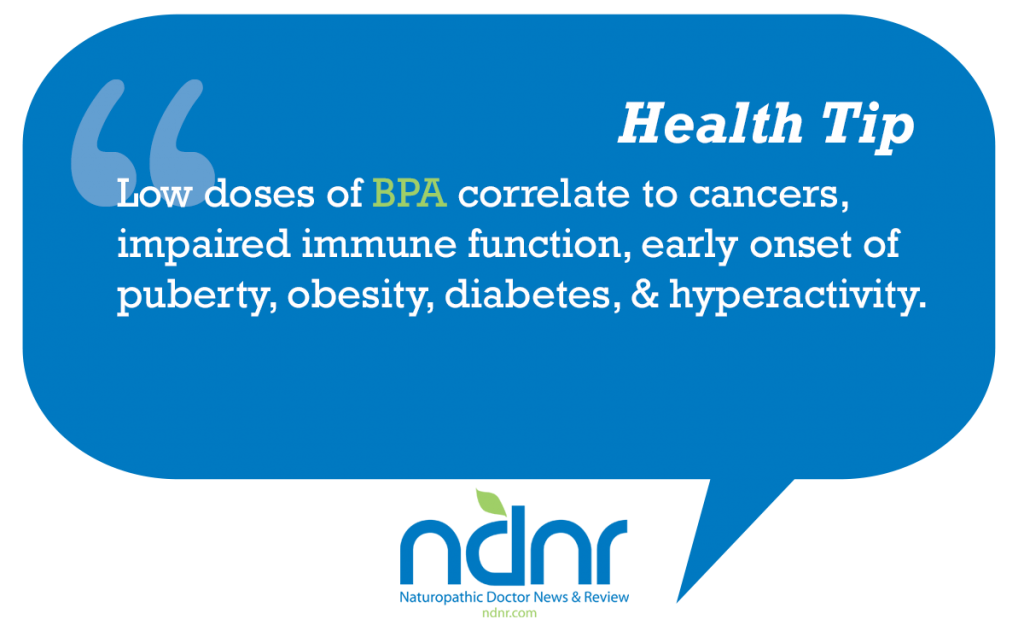 Bisphenol A (BPA) is an example of the difficulty and controversy of assessing environmental health hazards. Edward Charles Dodds, a British medical researcher at the University of London, identified the estrogenic properties of BPA in the mid-1930s while researching synthetic estrogen. He found the estrogenic properties of BPA rather weak and continued his search until he found a more powerful estrogenic substance, diethylstilbestrol (DES), which he subsequently brought to market. Given its origins, it is unsurprising that BPA has been found to be an endocrine disruptor that is linked to cancer.

Bisphenol A was dropped as a drug but had a good career in plastics. It is considered a high throughput chemical, with commercial applications in epoxy resin and liners for metal equipment, piping, steel drums, and the interior of food cans, as well as adhesives for laying flooring and sealing teeth. In the 1950s, it was made into polycarbonate material used in electronics, safety equipment, automobiles, plastic food containers, and plastic water bottles. It is also found in children’s toys, sippy cups, infant formula (leaching from the can lining), baby bottles, IV tubing, canned foods including sodas, the glossy coating on sales register receipts, and in some prescription medications (as a coating). Over six billion pounds of BPA are produced yearly.

Bisphenol A has also contaminated human tissue. The NHANES III study demonstrates widespread human exposure to BPA in 93% of urine samples from humans 6 years and older. The same study revealed that infants (0-6 months) fed formula from plastic bottles had up to 10 times the amount of BPA in their urine than breast-fed infants.1 This is significant because even breast-fed infants had BPA in their urine, likely from their mother’s breast milk.

Bisphenol A has been found in breast milk, amniotic fluid, cord blood, serum, and saliva. The Endocrine Society, a professional scientific organization devoted to hormone research, warns that BPA and other endocrine disrupting chemicals “have effects on male and female reproduction, breast development and cancer, prostate cancer, neuroendocrinology, thyroid, metabolism and obesity, and cardiovascular endocrinology.”2

Low doses of BPA correlate to cancers, impaired immune function, early onset of puberty, obesity, diabetes, and hyperactivity. The median level of BPA in humans exceeds the level proven to cause damage in animal studies.3 Bisphenol A is associated with oxidative stress and inflammation in postmenopausal women.4

Hydroquinone, the active ingredient in skin lighteners, inhibits tyrosinase, the enzyme necessary for melanin production. Environmental Protection Agency researchers have discovered that hydroquinone may cause skin tumors on mice exposed dermally, according to their Health and Environmental Effects Document for p-Hydroquinone.The US National Toxicology Program has identified carcinogenic activity in rats and female mice exposed to hydroquinone.5 Hydroquinone has also been found to be mutagenic in vitro and in vivo in rats.
6 An in vitro study of the population from India demonstrated that participants with GSTM1 (null), GSTT1 (null), and GSTP1 (val/val) are more sensitive to hydroquinone genotoxicity.7

The 1999 IARC evaluation of hydroquinone’s carcinogenic risk to humans determined it was not classifiable based on available evidence. Other researchers suspect possible long-term effects such as carcinogenesis, including aplastic anemia, and acute myeloid leukemia.8 Most of the evidence for these suspicions stems from research on benzene toxicity, which appears to arise via its metabolite, hydroquinone.

In January 2001, the EU banned the use of hydroquinone in over-the-counter cosmetics, limiting it to prescription products under medical supervision. It is limited to 2% in OTC products and 4% in medically supervised prescription formulations in the United States.

The Environmental Working Group found phthalates in 75% of 72 personal care products, such as nail polish and moisturizers, tested.10 One hundred percent of fragrances tested positive for phthalates. None of the products containing phthalates included it on the label. Fragrance is protected as a trade secret and is not required to be listed on the label. In the United States, “fragrance” is simply a trade name for between 100 and 300 different scent chemicals.

The EU bans carcinogenic and mutagenic chemicals and reproductive toxins from cosmetic products. The phthalates benzyl butyl phthalate, dibutyl phthalate, and diethylhexyl phthalate were banned in 2003, owing to their classification as toxic to reproduction. Despite this regulation, cosmetic companies often use these chemicals in markets that do not prohibit them, including the United States.

Parabens have been shown to be estrogenic in vivo and in vitro and have been detected in human breast tumor tissue, cord blood, and breast milk.15,16 Studies have demonstrated the ability of parabens to penetrate human skin, to possess androgen antagonist activity, to inhibit sulfotransferase enzymes, and to possess genotoxic activity.17 Parabens are nearly ubiquitous in personal care products such as deodorant, shampoo, conditioner, and moisturizers, although paraben-free alternatives exist.

The lack of total disclosure on product labels is an insidious component of the personal care product issue. It is important to know which compounds are designed to release formaldehyde, are contaminated by carcinogens, or combine with other ingredients to form carcinogens.

1,4-dioxane is a by-product of the ethoxylation process in which ethylene oxide is added to compounds to make them less harsh. 1,4-dioxane easily penetrates the skin, and animal studies show nasal and liver cancers with lifetime exposure.20 The finished ethoxylated ingredients are usually those that help to make suds, such as sodium laureth sulfate, polyethylene, polyethylene glycol, polyoxyethylene, polysorbate, or any ingredient with “xynol,” “ceteareth,” or “oleth.” It is interesting to note that many of these ingredients are common in over-the-counter supplements. Because 1,4-dioxane is not the finished ingredient, it will not be listed on the label, but its contamination is guaranteed unless the manufactures vacuum strip the finished ingredient. Some ethylene oxide, a known breast cancer carcinogen, also may reside in the finished product.

Nitrosamines, such as N-nitrosodimethylamine, are known carcinogens and form when amino acids, such as diethanolamine and triethanolamine, combine with nitrosating agents. Nitrosating agents include 2-bromo-2-nitropropane-1,3-diol; 5-bromo-5-nitro-1,3-dioxane tris(hydroxymethyl)nitro-methane; or the contaminant sodium nitrate.21 Nitrosamines may form during product manufacture or while the product is on the shelf. There is also some evidence that the levels of nitrosamines may increase after a product is opened. The Environmental Working Group estimates that 1 in 10 personal care products contain ingredients with the potential to form nitrosamines. Unfortunately, toxicity does not stop there, as there is evidence that ingredients such as those found in shampoo may combine with waste water treatment chemicals and form nitrosamines, which are then released into the environment.22,23

Fragrance may epitomize the cosmetic industry’s regulatory and labeling issues for the uninformed consumer. The term is designed to conjure romantic images, but what does anyone really know about a specific fragrance? Fragrance is considered a proprietary ingredient, is exempt from labeling requirements, and although labeled as 1 item, may contain numerous compounds. Even the term scent free may imply the use of fragrance to cover up an inherent odor. In 2007, the American Contact Dermatitis Society named “fragrance” the Allergen of the Year. More recently, the Campaign for Safe Cosmetics and the Environmental Working Group24 examined 17 name brand fragrances for semivolatile organic compounds, volatile organic compounds, and synthetic musk. The study revealed 38 undisclosed chemicals, including sensitizers, endocrine disruptors (ie, diethyl phthalate, musk ketone), carcinogens, and neurotoxins. Some ingredients were found to perpetuate skin damage. Numerous ingredients were found to lack rigorous toxicity data. The irony is that fragrance is marketed as “sexy,” when in fact, its toxicity may contribute to breast cancer, early puberty, poor genital development, skin disease, and allergy.

Triclosan was first registered as a pesticide in 1969 but is now commonly known as an antimicrobial product found in soap, detergent, toothpaste, fabric, facial tissue, clothes, paper products, and toys. It is also used as a preservative in numerous products, such as building materials, polyethylene, polypropylene, polyurethane, and carpeting. Widespread in consumer products, it is now almost ubiquitous in human urine.25 Some studies indicate endocrine disruption, specifically targeting thyroid function.26 There is also growing concern of microbial antibiotic resistance. Currently, the Environmental Protection Agency is studying the effects of triclosan. At this time, the FDA has no evidence that triclosan is any more effective than soap and hot water to deter transference of disease.27

Lead in cosmetic products may be labeled, such as lead acetate in hair dye, or be unlabeled contaminants from poor manufacturing processes. Recent studies by the Campaign for Safe Cosmetics and the FDA found lead in numerous red lipstick products.28,29 The FDA does not consider lead in lipstick a health concern. However, given that lead is a known neurotoxin, is bioaccumlative, and has no known safe exposure level, it is wise to avoid lipsticks without labels specifically indicating they are lead-free.

Unlike the relatively known concept that vegetables and whole grains are healthy, it is hard for anyone to know if a favorite shampoo or lipstick contributes to cancer risk or the health of an unborn child. Naturopathic physicians guided by praevenire, docere, and tolle causam are natural leaders to promote awareness to patients and our communities in choosing healthful personal care and cosmetic products. Reading labels may be our greatest tool in this.

Toxic Beauty How Cosmetics and Personal Care Products Endanger Your Health … And What You Can Do about It; by Samuel Epstein, MD

Not Just a Pretty Face: The Ugly Side of the Beauty Industry; by Stacy Malkan

2008 State of Evidence: The connection between breast cancer and the environment; Breast Cancer Fund, www.breastcancerfund.org.

Campaign for Safe Cosmetics: www.safecosmetics.org. Can give you more information about individual types of dangers in cosmetics. 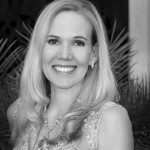 Anne Marie Fine, NMD, graduated with high academic honors from SCNM in 2000. She also completed the postgraduate certification course in Environmental Medicine through SCNM in 2009. She has a private general practice in Scottsdale, Arizona and is the founder of Fine Natural Products, LLC, a company dedicated to providing nontoxic and highly effective skin care products.

Sara Rodgers, NMD, MS, graduated from SCNM in 2004. A one-year residency at SCNM after graduation allowed her to pursue studies in environmental medicine. She also holds an MS in Environmental Science from Western Washington University. She applies her knowledge of environmental medicine to her general medical practice in Boise, Idaho. 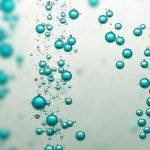 The History of Carbonated Waters and the Nauheim Baths: The Benefits of WaterCardiopulmonary Medicine, Detoxification Medicine, Nature Cure, Pain Medicine 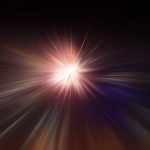