James passed away several years ago, but I certainly will not forget him. We first met in March 1986. He was 65 years old at the time and quite vigorous. His presence in the room emanated toughness and strength.

After a welcomed 10-year absence, his migraines had returned with a vengeance and had been persistent for about 10 months now. His sense was that they were worse this time than in previous episodes.

The pains were located at the right temple and were very sharp behind the right eye. There was a strong pulsating character as well. The pain was worse to touch and was most painful in the afternoon from 2 to 4 pm.

During an episode of headache, he would become cold, so freezing that his teeth would chatter. The previous week, he had gone to the hospital in a severe chill with a headache and with his teeth constantly chattering. They gave him a shot of meperidine hydrochloride, but he got no relief.

On closer questioning, I learned that the coldness was mostly in the upper body (not the head) and in the feet. His face went crimson red and became boiling hot. (These distinctions as to the geography of heat and cold during a headache can help characterize a remedy, so be sure to pay attention to the thermal profile and its locale in case taking for a headache.)

With the pain, he saw flashing lights, “Northern lights” as he referred to them, with brilliant blue points of light. Last night, however, there were no colors.

With the pain, one eye is closed, and there is a sense of unsteadiness when walking. The head pain is sensitive to sunlight. It also can escalate after he consumes chocolate, red wine, or food coloring.

He described the experience as agonizing. I questioned James as to the etiology of the “re-precipitation” of these nasty episodes.

It seems his youngest brother was dying a pretty horrible death and dealing with the negative effects of chemotherapy. James feels it was the chemotherapy that killed him and was filled with anger as a result. His mother had passed away within days. James delivered the eulogies for both.

My nature is to blow up. I barge in and raise [Cain]. As a child, I had a speech impediment and was harassed by other kids. I developed a temper, and I am proud of it. I wanted to knock their bloody socks off. As a kid, I was mean and intolerant. It was part of growing up. If you did not fight, you got walked on. I was always captain of team[s]. I inspired fear. I would lead by example. I always believed that no man was better than me. This kind of attitude helped me inspire a lot of unfortunates. I do hold a grudge, and I can be quite vindictive…cannot stand stories of people being mistreated. My headaches began 12 years ago, when I had a heart attack.

James’ heart condition included Prinzmetal angina (a severe spasm of coronary vessels). It is a spasm of the heart muscle, just like the headache. The spasms come suddenly and severely, not with exertion. They are absolutely crushing. The angina often seems to be worse around 4 am.

Of course, he was on a buffet of cardiac medications. They decreased the pain but did not eliminate the suffering at all.

This is one of those rare cases where the violence, the thermals and redness, and the come-and-go nature suddenly screamed out one remedy to be given first. Those of you who have studied your first aid remedies understand the medicine I gave but might be a bit uncomfortable prescribing it as a chronic remedy.

Acute vs chronic is not nearly so important as the only law in homeopathy, which is similars. I administered Belladonna 200D (Lectures on Materia Medica by Carroll Dunham [republished in Assesse, Belgium: Archibel; 2000]) and gave James a small vial as a take-out order to be used as needed in the face of his horrible pain.

I never saw him again. I did, however, see a long parade of his family members and still do. His surviving wife remembers the miracle of those pellets for both the headaches and the heart pains.

We have in our community of schools an interesting phenomenon. Many interns from this area who have preceptored with me over the past decade or so have virtually no knowledge of acute and first aid materia medica, not even Arnica. They have been taught to crash study for the Naturopathic Physicians Licensing Examinations homeopathy test, but their clinical on-the-spot skills are zero, true homeopathic illiteracy!

They have been taught that modern authors are “clearly superior” to Samuel Hahnemann but were given no reason or evidence to back it up. They memorize their kingdoms, miasms, and levels but know nothing of the original subject.

Why do we tolerate ad hoc redefinitions of classic subject matter? Please, let us get our profession back on track.

Joseph Kellerstein, DC, ND graduat-ed as a chiropractor in 1980 and as an ND in 1984. He graduated with a specialty in homeopathy from the Canadian Academy for Homeopathy. Dr. Kellerstein’s mission is the exploration of natural medicine in a holistic context, especially homeopathy and facilitating the experience of healing in clients. 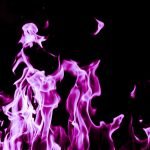 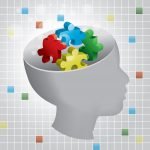 The Map of Hierarchy and a Case of AutismAnxiety/Depression/Mental Health, Homeopathy, Mind/Body, Neurology, Pediatrics