Acupuncture for the Management of Muscle-Skeletal Conditions

I have been practicing acupuncture for seven years. In that time, I have incorporated many styles of acupuncture including traditional Chinese, Japanese, myofascial trigger point, biomedical and intramuscular stimulation. Acupuncture for me has been an ongoing education into the anatomy and physiology of muscles and the nervous system, in particular with the management of pain.

Pain in its many forms is considered the primary reason for an office visit. I have found the ability to manage pain acutely and chronically to be a great asset in my practice. It has been interesting to me over the years, for I have seen an increase of cases due to what seems to be stress-related muscular conditions. I have noticed that patients will present with neck, shoulder, traps and mid-scapular pain with or without radiculopathic pain down the arms, and possible dizziness, TMJ pain and headaches as associated symptoms. In this article I would like to present to you sympathetic intrafusal tension syndrome (SITS) and review three cases of this particular scenario.

Muscle tone of the upper back is, “Varied by the sympathetic nervous system in response to changes in the environment and fluctuations in emotional stress. The sympathetic nervous system innervates the intrafusal fibers of muscle spindles. Muscle spindles are sensory organs found primarily in the bellies of virtually all skeletal muscles” (Ferguson and Gerwin, 2005).

The fight or flight stress response is hard wired in all mammals by “sympathic innervation of muscle spindles to respond to certain stress conditions and stimuli by tensing as a means of preparing the upper limbs (and jaw) for a fight.”

The same response is seen in dogs when their hair stands up on end. Normally, people can not and/or do not act on their fight or flight response but the sympathetic tension occurring to the muscles of the upper back accumulate over time (work/life balance), and muscle fatigue with resultant pain occur and produce myofascial trigger points (MTrP_a highly localized and hyper-irritable spot in a palpable taut band of skeletal muscle fibers; C. Hong, 2000).

SITS is a term proposed by Ferguson and Gerwin in their book that describes chronic, relatively diffuse pain that affects the upper back in particular the scapula areas, the neck, occipital muscles, temporomandidibular, temporal, shoulders and upper-arm muscles. Commonly, patients with SITS will self-adjust stretch and/or rub their neck and shoulders to relieve the discomfort. About half of SITS’s patients will present with bruxism (TMJ). Other symptoms include difficulty falling and/or staying asleep (insomnia). There can be anxiety and disturbed dreams (heart yin deficiency in Chinese medicine) and fatigue upon awaking (common in adrenal deficiency).

In many cases of SITS you will get myofascial entrapment of the bracial plexus (pectoralis and scalenes hypertonicity), which results in radiculopathy.

A 34-year-old female real-estate consultant presented to my clinic with neck pain she has had for many years. The pain was on her left side and had radiation of nerve-like pain down the left arm, with tingling along the radial side of the arm. Her MD in Hungary diagnosed her with nerve impingement at cervical C5. Surgery was suggested but she opted not to follow that path. Instead, she was using physiotherapy and massage to help with the pain.

Based on Travell and Simons work on myofascial trigger points, I diagnosed this patient with entrapment of the brachial plexus due to the shortened muscles of anterior and medial scalene. I used a treading needle technique in the area of C4-5 and along the top border of the upper traps into the levator scapulae and anteriorly into the scalene medius. I needled SI10 and 11 and treaded along the medial border of the scapula and needled SJ16, LI11 and 4.

I asked the patient to return in two days for follow-up. When the patient came back, she reported the pain was much better, and both her physiotherapy and RMT commented on her improvements. I checked her ROM and found an increase in all directions. Her swelling at LI4 was also better.

I performed another treatment using the same technique as previously mentioned with the addition of GB20. The patient dropped by about a month later and reported that all her symptoms were gone.

A 55-year-old female homemaker that exercises daily with yoga and meditation. Patient reported that she was under stress due to her husband being ill, and she was working very hard during the week. The presenting concern is neck pain with radiation of the pain down the left arm. She reported she saw the “best doctors in Korea” in regards to this pain. According to the patient, the doctors there told her she had a straight neck and would have to live with the pain. Her X-rays (she brought them with her) showed some minor degeneration in the cervical and loss of the c-spine curvature (straight neck). No other abnormality was noted.

Upon palpation, I noted tight traps, splenius capitus and cervicus and levator scapulae. There were referred pain patterns at the medial superior border of the scapula and radiation of pain approximately to the left elbow and left wrist area.

I needled the muscles identified upon palpation as ah-shi points (patients perception of tenderness/pain) and where I felt an increase in muscle tautness/density/spasm. These included the muscles of splenicus cervicus and capitus, traps, levator scapulae and the scalene anterior and minimus. The trigger points identified were on, or in close proximity of, SI16, LI17, ST9, SI3 and 11. I also treaded down the cervical muscles (traps, splenicus) from SI15 to SI14, from SI12 to SI13, and pinched GB20 muscle fibers and needled inferior and posteriorly. Needles were retained for 20 to 30 minutes. When the patient returned three days later she reported that her pain was gone.

A 56-year-old male patient who works as a labourer on an assembly line. He presented with right-side neck pain and shoulder pain and what seems like spontaneous dizziness for which he has seen a neurologist without any resolution. He also has TMJ on both sides of his jaw.

The patient was most distressed about his dizziness since no health professional to date could explain this occurrence. He wanted not only an explanation but also resolution. I inquired about stress levels in his life, the patient reported that he was under stress in more than one circumstance and handled his stress by working on home projects.

On palpation of the neck, shoulder and upper back areas I found the C4 vertebra to be laterally displaced to the right with the surrounding muscles hypertonic. The T1 vertebra was slightly rotated to the right and tender with pressure on the transverse process. Trigger points were located on the superior medial aspect of the scapula, consistent with levator scapula trigger points. Under gallbladder 20 acupoint, I felt an area of increased density which I identified as a shortened muscle (Gunn, 1996). The scalenes were tight and had a restricted ROM on lateral /flexion to opposite side. Pectoralis major was shortened and tender at its most lateral attachment to the humeral head. Finally, the massertor muscle was found to be shortened and tender bilaterally on palpation.

I needled all the trigger points and ah-shi points that I located using a treading technique. Where I found a shortened muscle I used intramuscular stimulation to release the muscle by first pinching the muscle up and away from the under lying tissue, then inserting the needle into the shortened muscle (all the muscles spasmed and released). I retained the treaded needles for 15 minutes.

After the treatment, the patient noted good improvement in pain and an increased ROM. I had the patient come back in two days. He noted that by the second day he was feeling the effects of treatment wear off. Upon checking his vertebra and muscles, I still found C4 was displaced laterally. I discussed with the patient that I thought his C4 vertebra was allowing for the reoccurrence of the shortening/spasm of the levator scapula and the scalenes, thus causing the pectoralis major to tighten up. This may account for his referred pain to the shoulder area (brachial plexus) and upper back (scapula).

I also talked to the patient about seeing a chiropractor for the displaced vertebra and get their feedback in the case. I continued with a second treatment as above but focused on releasing the levator scapula and scalenes this time. After treatment, the patient noticed a 70% change (subjective) in ROM and pain. A chiropractor saw the patient and found osseous changes at C4 that were not going to change. The patient would have to live with the displacement. I continued to treat this patient for his pain as needed.

These three cases are good examples of how effective acupuncture can be in treating muscular skeletal pain syndromes. I am still amazed to date how a patient can walk in to my office in pain and within 30 minutes they leave with a noticeable difference to almost a 100% change.

Typically the most involved muscles of the neck in SITS are:

Origin: By two heads from anterior surface of manubrium of sternum and sternal end of clavicle.

Insertion: Mastoid process and lateral half of superior nuchal line

Action: Turns head obliquely to opposite side; when acting together, flex the neck and extend the head

Posterior Triangle (Semispinalis capitis, splenicus capitis, levator scapulae and scalenus ant/med/pos), located between the SCM and traps. Muscles of this region arise from the skull and cervicle vertebrae. They desend to, and insert upon, the upper two ribs (scalenes) and the cervical/thoracic vertebral spines (splenicucs and semispinalis).

Action: Rotates the head and draws it backward

Origin: From the ligamentum nuchae of the last four cervical vertebra and supraspinous ligament      of the first and second thoracic vertebra. Insertion: Lateral half of the superior nuchal line and the mastoid processs

Origin: From posterior tubercles of transverse processes of forth upper cervicle vertebra.

Insertion: Into superior angle of scapula

Insertion: Lateral third of posterior surface of clavicle, anterior side of acromion and upper and medial border of the spine of the scapula

Action: When the scapula are fixed, portions of muscle can act independently; cervical portion elevates scapula, thoracic portion contributes to depression of scapula; upper and lower-most portions act simultaneously to rotate glenoid fossa superiorly; when the entire muscle, especially the middle part contacts, the scapulae retracts; draws the head to one side or backward

RIT of the Knee: Case No. 1Geriatrics, Pain Medicine 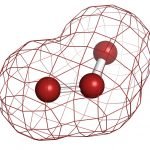