It can be argued that a significant cause of long-standing musculoskeletal pain is attributable to chronically injured connective tissue. In the case of sprains, the fibers of ligaments or tendons become separated for the most part at the enthesis, the insertion site on the bone. Under normal circumstances, such connective tissue damage typically takes six to eight weeks to repair using inherent growth factors and other elements to incite fibroblastic production of fibrin to convert into collagen. As we have all witnessed, however, complete resolution of the injury is not always imminent; the natural course of healing can be interfered with. Excess activity can perpetuate damage to the fibers, or the repair capacity in the individual can be deficient. If the tissue remains frayed, weakened and overstretched, the area is predisposed to repeat injury and chronic pain. Additionally, it has been reported that the best result one can hope for after natural post-injury healing of connective tissue is only 50% to 70% of pre-injury tensile strength (Frank et al., 1985).

A weak and stretched out ligament or tendon can also damage or overstress the nociceptive fibers that run through it, inciting them to misfire and resulting in an enhanced and/or perpetuated experience of pain. Malfunction of these nociceptors can persist as long as the connective tissue remains impaired (Beidert et al., 1992). Pathologists note that the changes in chronic sprains and strains are degenerative, not inflammatory in nature (Kader et al., 2002). Thus, the prolonged administration of nonsteroidal anti-inflammatory drugs (NSAIDs) following musculoskeletal injuries, though common, is questionable, as there is a lack of scientific data on the effect of NSAIDs on tendon healing. Conversely, the poor results from steroid injection to treat chronic sprain and strain are consistent with a lack of evidence of inflammation as the primary, or even a critical secondary, pathology in most cases (Reeves, 2006).

Pain management approaches that do not address the original ligament or tendon damage are likely to be limited in effectiveness. Regenerative Injection Therapy (RIT), by way of inciting growth factor production stimulants via injection to the sites of injury at the entheses, offers a remarkably effective and simplified way to incite collagen regrowth. It is no longer appearing necessary to include sclerosing or inflammation-inducing agents like sodium morrhuate or phenol in the proliferant solution, as historically has been the practice. The current, standard RIT solution contains only a local anesthetic (typically preservative-free procaine), glucosamine sulfate (as glycosaminoglycan and proteoglycan precursor) and dextrose, which also contributes to protein glycosylation but, more importantly, is the primary growth factor production stimulant. Its method of action is via simple osmosis. A concentrated dextrose solution creates an osmotic gradient that crenates and possibly lyses neighboring cells, inciting them to release their own factors: human growth hormone, insulin-like growth factors I-IV, epidermal growth factor and fibroblast growth factor, to name just a few (Harris, 2007). Thus, the healing effect is a graded, controlled process of repair for weak and damaged connective tissue. When properly applied, RIT does not induce scar formation. The bonds are stronger, healthier and thicker than before treatment; and with each treatment, they continue to strengthen until the healing is complete and the pain resolved.

Dennis, a 42-year-old male, presented with a very painful elbow injured on the job 19 months earlier. His right arm had been forcefully yanked into hyperextension and distraction while using a metal grinder. After the first few weeks, he consulted with his primary care physician, who diagnosed a case of elbow tendonitis and said it would resolve soon with rest, ice and NSAIDs. Dennis tried all of these applications for several months, yet the lateral elbow area and dorsal forearm continued to be very painful and swollen. He described the pain as severe, and he was unable to return to work.

After three months he consulted with an orthopedist, who suggested surgery if the injury did not resolve with conservative care and prescribed a series of physical therapy sessions (strengthening, microcurrent and ultrasound) to which Dennis ascribed four to six times a month for six more months. This served to exacerbate his pain and further limit his function.

At the nine month mark, he sought the assistance of an ND who, with an oral protocol consisting of the proteolytic enzyme bromelain, a connective tissue support combination and homeopathic Ruta graveolens, accompanied by manual soft tissue work to the dorsal forearm, was the first to give him some relief. He eventually was able to sleep through the night and perform some simple functions with his arm without significant exacerbation. Ten months followed and, although somewhat improved, he was still unable to return to work, shake hands, use scissors or ride his motorcycle.

When I first saw him 19 months after the date of his injury, he had mild swelling and heat at the lateral elbow and was exquisitely tender with mild to moderate palpation at the R lateral condyle, proximal radial head and distal, lateral humerus (brachioradialis insertion). He had subjectively weak grip strength, sharp pain with gripping, resisted wrist extension and arm supinations, as well as multiple tender trigger points in the dorsal forearm musculature.

I commenced a series of RIT proliferant injections using a standard solution of 12.5% dextrose, glucosamine sulfate (200mg/ml) and 1% procaine to the lateral condyle, radial annular ligament and brachioradialis insertion on the humerus. Each RIT session was accompanied by a local mesotherapy treatment (superficial injections of 1-4mm) consisting of a compounded mesotherapy multivitamin blend, an injectable homeopathic combination for trauma and injury, and 1% lidocaine. I advised a continuation of the oral protocol, with a doubling of the connective tissue blend and the addition of a multivitamin TID. I suggested he continue with the manual trigger point therapy. It should be noted here that Dennis had a poor to average diet, drank an average of six cups of coffee per day, and smoked.

John was a 65-year-old general contractor nearing retirement. On the job, he was assigned to a project that required him to climb up and down scaffolding wearing a lot of extra weight. On the third week of this project, he developed intense pain behind the left heel, which worsened after a couple of days to the point where he could no longer walk without extreme discomfort. His primary care physician diagnosed Achilles’ tendonitis, prescribed over-the-counter NSAIDs, put him in a boot for two weeks and asked him to stay home during that time. He did so, felt better and returned to work.

The pain returned in full force after two days. He continued for a few months, bearing the pain and trying to work in a limited fashion while wearing the boot, taking 800-1200mg of ibuprofen QD and icing at night. The pain continued to worsen, and he felt obliged to take his retirement six months early.

John came to my office four months after the initial injury, still wearing the boot, limping and in a lot of pain, in spite of being retired from work for two months. He was icing the area multiple times daily and taking ibuprofen or naproxen QD. On physical exam, the area surrounding the calcaneal insertion of his L Achilles tendon was mildly swollen and very tender upon moderate palpation. The Thompson test (calf squeeze) for rupture was negative. There was no palpable gap along the tendon.

I commenced a series of RIT proliferant injections every three to four weeks to the algetic points of the distal Achilles’ tendon at the calcaneal enthesis, 4-5cc total, standard solution (as in Case Study 1). The injections were better tolerated using an ethyl chloride spray. I recommended that he discontinue wearing the boot, stop icing and instead perform a brisk friction rub with mentholated liniment to the area morning and evening, followed by gentle, passive calf stretches.

His response pattern consisted of post-injection discomfort lasting about a day, then feeling much improved. In fact, he reported that he started to feel better the day after the first session. After the third visit, he was able to walk uphill and climb a flight or two of stairs without discomfort. He still had some localized tenderness upon deep palpation over the calcaneus.

We continued treatment, and he improved steadily. John did experience a setback after an extensive session of snow shoveling. He admitted to not warming up the area before commencing because he forgot – he was feeling so good.

By the sixth session, he was able to hike, scramble on rocks and climb ladders, and had no more discomfort of any sort. He was extremely pleased with the results and has since referred his wife to my office for help with knee pain. 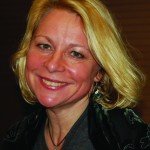 JoAnna Forwell, ND graduated in 1992 from Bastyr University with a naturopathic degree, and a bachelor’s degree in health science. In addition, she holds a bachelor’s degree in psychology from the University of British Columbia. Her areas of specialty are women’s medicine, hormonal imbalances, gastrointestinal disorders, injury and pain management. She often uses various injection techniques, and has mentored with Dietrich Klinghardt and Rick Marinelli studying neural and rejenerative injection therapies, and also studied mesotherapy in France. In her spare time she plays soccer, skis and hikes the Cascade Mountains, dances and plays to Latin rhythms, and drives her motorcycle. 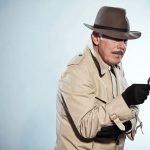 The Search for the Truth: Homeopathy has Many Similarities to Detective WorkAnxiety/Depression/Mental Health, Homeopathy, Insomnia/Sleep Medicine, Mind/Body, Pain Medicine 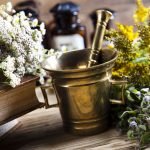