Daniel was a cute and cuddly 22-month-old boy with big blue eyes and curly sandy-blond hair. His mom brought him to me to treat his chronic ear infections. You have probably seen many children like this in your practice. His mom was beside herself because he was constantly sick. When they first came to see me, Daniel had already been on 15 rounds of antibiotics and had undergone myringotomy surgery for treatment of his recurrent ear infections. Despite this, he was still getting frequent ear infections with thick foul-smelling discharge.

Daniel was the kind of child who seemed like he was always getting sick, catching every cold that came around. Every time he would get the slightest sniffle, it would go straight to his ears, and he would have smelly, sticky pus drain out of his ears for days. It would never resolve without antibiotics. Treating each individual ear infection with antibiotics was like mopping up the floor with a leaky pipe still flooding the kitchen. The antibiotics did not make him a healthier child or prevent future ear infections. In addition to his tendency to get sick frequently, Daniel was delayed developmentally in walking, dentition, and language and speech because of his chronic condition.

Some additional individualizing symptoms in the case included the following: fear of the dark, fear of heights, fear of thunderstorms, large head and heavy weight on the growth charts, perspiration on the occiput in his sleep, eating indigestible things like sand and dirt, and cravings for milk, meat, and cheese. The ear infections produced thick, purulent, yellow discharge from his ears, and they occurred much more frequently during cold, wet months of the year. For most NDs, this is a very straightforward homeopathic case. I prescribed Calcarea carbonica 30C daily. Below is the repertorization chart (using RadarOpus with the Quantum view and the Prominence analysis; http://www.radaropus.com/home).

After starting homeopathic treatment, Daniel stayed healthier for longer periods of time, coming down with only an occasional upper respiratory tract infection, like most children with a healthy immune system. He occasionally needed acute intercurrent remedies for these infections, followed by an increase in the potency of his chronic remedy, Calcarea carbonica. Even better, he stopped getting those nasty ear infections every month. Within a month of homeopathic treatment, Daniel started walking all over the place and exploded in his speaking skills, with a leap in his word count. Within 6 months, Daniel went from being language delayed to early admittance into preschool. After a year and a half of chronic homeopathic treatment, Daniel has had only one ear infection (treated with antibiotics when the family was on vacation, where they went to a local urgent care practice). He continues to get healthier and healthier.

Daniel’s case illustrates how homeopathy can help kids become healthier overall, so that they are no longer as susceptible to chronic illnesses like recurrent ear infections. Had Daniel been treated earlier, homeopathy may well have prevented the need for ear tube surgery. Because homeopathy is a holistic therapy that treats the whole person, unrelated developmental problems (walking and speech) improved as well. The long-term progress in the case, with reduced recurrence of ear infections and improved overall health, reflects what has been found in the homeopathic research of otitis media, which is discussed in more depth later in the article.

Acute otitis media is the most common diagnosis made by pediatricians, second only to the common cold.1 In fact, 75% of children have had an ear infection by the time they reach 3 years old.2-5

Ear infections occur most frequently in children between the ages of 6 months and 3 years due to a lack of immunity against common viruses and bacteria that cause ear infections, as well as an anatomically low eustachian tube angle.6,7 Evidence has shown that antibiotics provide little relief in nonsevere cases of ear infection with mild ear pain and a fever of less than 39°C.1 In fact, the current standard of care for pediatricians is that, for mild cases in children older than 6 months, an observation period of 48 to 72 hours can be recommended to avoid unnecessary use of antibiotics, which can cause long-term antibiotic resistance.8

Ear infections commonly accompany other upper respiratory tract infections and cause pain or discomfort in the affected ear. Unfortunately, many very young children cannot communicate their specific complaints. They may experience ear pain or fullness, decreased hearing, fever, and discharge from the ear, with pulling or tugging of the ear, and many infants may be asymptomatic or simply just irritable. Because the history is often unreliable due to a young child’s inability to communicate, the most reliable source of diagnosis is the physical examination, where you will find signs of infection such as bulging, fluid, or discharge on otoscopic examination.9

The latest recommendations in allopathic medicine state that infants younger than 6 months should receive antibiotics for acute ear infections; children who are 6 months or older are generally recommended to receive antibiotics if the diagnosis is certain and the illness is severe.10 However, if the diagnosis is not certain and the condition is nonsevere, it is recommended to utilize an observation period. The observation period is designed to decrease overprescribing of antibiotics, which can lead to antibiotic resistance.

The observation option is a 48-hour to 72-hour period where the child is treated symptomatically with pain-relieving medications rather than antibiotics.9 For an observation option to be considered, it is recommended that the parent or caregiver must be able to communicate with the clinician and have access to follow-up care in case the symptoms worsen. Studies1,11,12 conducted in the emergency department setting have shown that the observation option is both feasible and well accepted.

In allopathic medicine, children who have frequent recurrent ear infections are often treated surgically with myringotomy. This procedure involves a tiny incision in the eardrum to relieve pressure caused by excessive buildup of fluid and to help drain pus. Unfortunately, ear tubes do not address the root cause of the problem, which is the child’s susceptibility to chronic recurrent ear infections.

Homeopathy has been shown in studies to be safe and effective for ear infections. A 2001 study15 showed that homeopathy resolved ear infections 2.4 times faster than placebo controls, and there were no complications observed in the study group. In that same study, homeopathy was found to be 14% less expensive than treatment of ear infections with allopathic antibiotics.

The study17 published in January 2012 shows the effectiveness of homeopathy for treating acute otitis media. This study was exciting because it was a randomized controlled trial that pitted homeopathy against allopathic medicine in a head-to-head fashion. Eighty children were split randomly into 2 groups. They were evaluated by an otolaryngologist. Forty children were treated homeopathically, and the remaining 40 were treated with allopathic medicine. In the allopathic group, researchers attempted to use the recommended “observation period,” where the symptoms were treated symptomatically with pain relievers and anti-inflammatory and fever-reducing medications for 3 days. Unfortunately, that was not very successful. Only one child was cured, and the other 39 all required antibiotics after 3 days. All 39 cases treated with antibiotics were cured. By comparison, 38 patients (95%) in the homeopathy group were cured, with 2 (5%) lost to follow up because they did not return for an office visit. No antibiotics were required at all in the homeopathy group. Symptoms improved more quickly in the homeopathy group than in the allopathic medicine group, and 4 cases were completely cured by the third day. 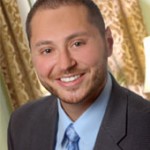 Jamie Oskin, ND is in private practice at Arizona Natural Health Center, in Tempe, where he is also an adjunct faculty member at Southwest College of Naturopathic Medicine & Health Sciences (SCNM). Dr Oskin is especially focused on helping families overcome childhood developmental disorders, including autism, Asperger syndrome, and attention-deficit disorder and attention-deficit/hyperactivity disorder, with homeopathy. He completed a 1-year general naturopathic family medicine residency, followed by a second-year homeopathic focused residency at the SCNM Medical Center. He can be reached at 480-456-0402, or visit www.AzNaturalHealth.com. 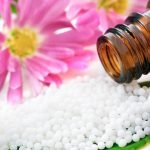 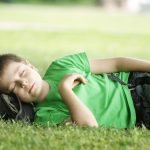