Insufficient sleep is a common and often chronic condition in adolescence. It is estimated that between 25% and 45% of adolescents in the United States fail to obtain adequate sleep1,2 and that insomnia is chronic in more than three-quarters of adolescents with sleep difficulties.2,3 During the second decade of life, many changes occur in biologically driven sleep patterns and in psychosocial lifestyle factors that negatively affect sleep quantity and quality for adolescents. The consequences of insufficient sleep include daytime sleepiness,2-5 fatigue, poor grades,5-8 mood disorders,1-3,5,9-11 suicide,11 substance use and abuse,12 and motor vehicle crashes.13 Diagnosis and proper management of sleep disorders in adolescents are imperative for primary care practitioners working with this age group.

Sleep is of particular importance during periods of brain maturation, such as during infancy and adolescence. Results of sleep investigations suggest that the mean sleep requirement for adolescents (age range, 10-18 years) is 9.2 hours per night.7 Physiological changes in sleep regulation, along with psychological maturation and social impetus to stay up late, combine to result in more than one-quarter of adolescents’ achieving inadequate levels of sleep.

Sleep studies in more than 16 countries on 6 continents have shown consistent changes in the sleep-wake processes in adolescence,1 including a decline in slow wave activity and decreased time to initial rapid eye movement (REM) cycle.2 However, the most significant physiological changes to sleep-wake regulation in adolescence occur in the homeostatic and circadian systems.

The homeostatic and circadian systems combine to influence patterns of sleep and wakefulness. The homeostatic sleep-wake process (process S) is the drive to sleep that accumulates with increasing hours of wakefulness and dissipates with sleep.1,5,14,15 During adolescence, a resistance to this sleep pressure develops, allowing adolescents to stay awake later (approximately 4 hours past scheduled bedtime in one clinical study14). In contrast, the circadian rhythm (process C) is an internal clock located in the suprachiasmatic nuclei of the hypothalamus. It approximates a 24-hour schedule and is sensitive to external time cues, the strongest of which is light-dark exposure. A delay in the circadian rhythm is associated with the development of secondary sexual characteristics in human and 5 other mammalian species.1 In human adolescents, delays in the circadian cycle are determined by assessing the secretory pattern of the pineal hormone melatonin.16 A 1-hour to 3-hour delay in melatonin secretion has been found in adolescents, with girls experiencing an earlier onset of this circadian delay (associated with menarche) and boys experiencing a more profound delay.1,5 This delay leads to difficulty initiating sleep at desired bedtimes and, when combined with early wake times for school, results in an inadequate amount of sleep.

Delayed timing of sleep in adolescence is physiologically normal. In 7% to 16% of adolescents, difficulty initiating and terminating sleep may be due to delayed sleep phase syndrome (DSPS), a condition that is uncommon outside of adolescence.14 In DSPS, an individual’s internal circadian pacemaker is not in synch with external or environmental time. Adolescents with DSPS experience marked difficulty initiating sleep and prefer later sleep times (between 2 am and 6 am) and wake times (between 10 am and 1 pm).5 The sleep structure of affected individuals is otherwise normal. Excessive daytime sleepiness is a major concern in these individuals because they are chronically sleep deprived and may be unable to rise for school, leading to tardiness and frequent absences. Diagnosis of DSPS is by clinical history, and treatment may include melatonin, bright light exposure on waking, and strictly enforced weekday and weekend sleep schedules.

The psychosocial influences on sleep in adolescence are also significant. Sleep deprivation occurs when adolescents opt to engage in social activities and part-time employment or use entertainment media (television, computers, gaming consoles, and cell phones) at the expense of sleep. Secondary school students with televisions or gaming consoles in their bedroom go to bed significantly later and as a result spend less time in bed on weeknights.6

A noteworthy external factor that influences adolescent sleep is school start times.5,7,8 Investigations of unrestricted sleep among adolescents (ie, weekend or summer sleep schedules) have shown that, while bedtimes remain somewhat constant on weekdays and weekends, the time in bed on weekends is substantially longer as a result of a delayed wake time. The mean self-reported sleep time on school nights for adolescents is 7 hours and 20 minutes.7 Most teens (85%) engage in sleep extension on non–school nights to make up for the lack of sleep on weeknights. This compensatory action to decrease the accumulated sleep debt may have negative consequences. Students with a high discrepancy (>120 minutes) between weeknight and weekend sleep schedules have lower self-reported grade point averages.7

Sleep impairment and mood disorders are frequent comorbidities and likely have a bidirectional association.5,15,17 That is, individuals with mood disorders are more likely to have a sleep disturbance, and individuals with sleep disorders report increased negative mood and behavioral problems.7,11 In clinical investigations, children and adolescents with sleep problems had increased levels of anxiety and depressive symptoms.15 The co-occurrence of sleep and mood disorders in adolescents can lead to a vicious cycle in school and social functioning. Screening of adolescents with mood disorders for sleep problems (and vice versa) and treatment addressing both comorbidities are essential.

Sleep disturbances and substance use are highly correlated.12 Insomnia is the most common complication of substance use in adolescents, and many adolescents abuse substances as a way of managing or initiating sleep. Research and clinical data have shown that adolescent insomnia can increase the probability of developing a substance use problem later in life.12

The World Health Organization lists suicide as one of the leading causes of death among individuals aged 15 to 34 years. A study11 of adolescents in rural China found that sleeping less than 8 hours at night is significantly associated with increased risk for suicide attempts. Although this study was examining a specific population with a high rate of suicide attempts, the association of insomnia, depressive symptoms, and suicidal ideation is of significant public health concern, and symptoms of sleep disturbance should be assessed in adolescents who are at risk for self-harm behaviors.

Diagnosis of Sleep Disorders in Adolescence

A detailed intake and an accurate history of sleep disorders are the cornerstone of sleep disorder diagnosis. Involvement of family members may provide additional information about sleep habits, snoring, or other parasomnias. Also necessary is an assessment of lifestyle factors, such as substance use, television and computer or video game time, work schedules, academic pressures, and social and family stressors. A 24-hour sleep diary during a continuous 2-week period is recommended. The use of the BEARS acronym (Table 1) can be a simple way to screen adolescents during an initial visit for sleep difficulties.13,14

The Diagnostic and Statistical Manual of Mental Disorders Fourth Edition criteria for insomnia are applicable to adolescence.3 The primary criteria for a diagnosis of insomnia are difficulty initiating or maintaining sleep or experiencing nonrestorative sleep. The problem must persist for 1 month or longer and result in significant distress or impaired function.

Lifestyle interventions and behavioral strategies are the first line of treatment for all sleep disorders in adolescence. Sleep hygiene education is of particular importance. Consistency of bedtime and wake time on all days (including weekends) can assist in regulating the circadian rhythm of adolescents and result in less significant sleep phase delay.15 The importance of other aspects of sleep hygiene, such as sleeping in a dark room, minimizing artificial light (including television and computers) before sleep time, avoiding caffeine and nicotine, and performing daily exercise, should also be taught to adolescents and their parents.

Cognitive behavior therapy can be used successfully in adolescents to reduce arousal and anxiety at bedtime. This may include progressive muscle relaxation, deep-breathing exercises, imagery, and journaling.

Melatonin is an endogenous hormone produced in the pineal gland. It is responsible for the regulation of the circadian rhythm. In adolescents with sleep delay disorders (including DSPS), melatonin can be used in conjunction with consistent sleep schedules to correct sleep delay and induce sleep without disturbing the sleep structure (REM vs non-REM pattern). Melatonin should not be used as a first-line therapy for prepubertal children or children with delayed puberty because of the association of elevated melatonin levels and gonadal development.17

Botanical medicines can be used in adolescents based on their individual needs. Passiflora incarnata has sedative, hypnotic, and anxiolytic effects, which make it a useful treatment option for adolescents with comorbid insomnia and anxiety. Hypericum perforatum is an effective antidepressant. It also contains small quantities of melatonin and may be useful in adolescent insomnia and depression.17 Valeriana officinalis is one of the most popular herbal therapies for insomnia. It has sedative, hypnotic, anxiolytic, and antidepressant effects. However, it has a mechanism of action similar to that of benzodiazepine drugs, which have been associated with restlessness in adolescents. In addition, although the research is divided, an association has been shown between benzodiazepine use and suicide attempts in youth; because of the relationship between insomnia and suicidality, the use of benzodiazepine-like herbal therapies should be reserved for intractable insomnia cases, and patients should be monitored for suicidal ideation.18

As primary care practitioners, NDs are in an ideal position to monitor adolescents for sleep disorders and to provide early diagnosis and treatment (summarized in Table 2). Given the prevalence and chronicity of these problems and the likely influence on adolescent development, cognitive and behavioral functioning, and optimal health, early intervention and treatment are of paramount importance. 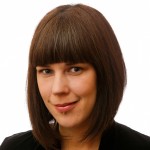 Lisa Watson, ND is a graduate of the Canadian College of Naturopathic Medicine, Toronto, Ontario. She is clinical director and naturopathic physician at 360 Health Care in Toronto. Dr Watson’s journey in naturopathic medicine began during her adolescence and led to a lifelong interest in improving the health and well-being of adolescents. Dr Watson enjoys teaching youth how to engage in their health and reap the benefits of preventive medicine.

6. Van den Bulck J. Television viewing, computer game playing, and Internet use and self-reported time to bed and time out of bed in secondary-school children. Sleep. 2004;27(1):101-104. 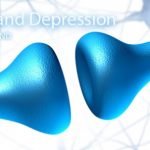 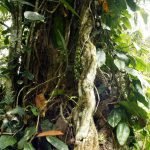