Epigenetics: Growing Up in a Toxic World – Part I

To create a healthy child, we must first look at the prenatal period and earlier. One could hypothesize that if Mom and Dad aren’t healthy, the likelihood of an optimal pregnancy and subsequent pediatric health is likely less than favorable. How do we counsel people who want to be parents to prepare for raising a healthy, toxin-free family? Could preventive medicine include preconception preparedness? It is self-evident there can be no pediatric health if prospective parents are unable to conceive in the first place. In fact, 1 in 7-10 North American couples have trouble conceiving.1 Furthermore, over 35 years, from 1980 to 2015, sperm counts declined  57% in North America, Europe, Asia, and Africa.2

It is essential that would-be parents understand that they are laying the foundation for their child’s life-long health. A good comparison would be that they are essentially building a home to withstand 80 years of life. To do this, parents must start with the best building materials for a new human. A simple way to look at it is through the Three Little Pigs story. When trying to conceive and when the baby is in the womb, are parents building with straw, sticks, or bricks?

Another comparison is that this wonderful new human that has entered the earth has the most integrated computer ever conceived of, known as the central nervous system. Think of the peripheral nervous system as the auxiliary cables that provide our internal connectivity. That’s the shell, the infrastructure. But what about every other aspect of the trillions of cells and their function in singularity and complex unison? They must also be tended to with loving care.

So, how do we build a strong foundation for pediatric health from the time before the child is conceived, through adolescence, and beyond into adulthood? One critical factor may involve epigenetics.

Epigenetic modifications are external changes to DNA that result in alterations in gene expression. These modifications do not change the DNA structure of the gene, but rather cause genes to be switched on and off. These external epigenetic triggers can include exposure to pesticides, herbicides, and other toxins, as well as lifestyle factors like chronic stress, eating an unhealthy diet, or leading a sedentary lifestyle. Epigenetic alterations can be passed down through several generations.

Epigenetic modifications are associated with a number of pediatric diseases, including Beckwith-Wiedemann syndrome, childhood acute myeloid leukemia, asthma, fetal alcohol syndrome, and autism. Epigenetic triggers experienced in the womb and as young children are also linked to the development of obesity, diabetes, and metabolic syndrome, either in childhood or later in life.3 Exposure during pregnancy to factors that can cause epigenetic modifications are particularly important to later development of disease. Fetal development is a critical time when epigenetic markers are established.3

There are 3 types of epigenetic mechanisms:

A number of pediatric diseases are associated with epigenetic alterations. For example, in acute myeloid leukemia (AML), one of the most common forms of childhood cancer, some genes involved in the regulation of DNA methylation are known to be mutated.3 Furthermore, numerous environmental risk factors for AML are linked to alterations in DNA methylation, such as advanced maternal age, higher birth weight, and maternal use of alcohol during pregnancy.3 Epigenetic changes have also been noted in AML diseased cells, leading researchers to suggest that there is “a role for epigenetics in the development of childhood AML.”3

Asthma is another example of a childhood disease associated with epigenetic modifications.3 The development of asthma is linked to exposure to air pollution, cigarette smoke, and exhaust from vehicles.3 These exposures are thought to trigger epigenetic changes.3 In many tissue types, global DNA methylation is modified after exposure to maternal smoking.3 Furthermore, evidence indicates that certain genes related to asthma and allergies are under epigenetic regulation.3 Other evidence points to associations between maternal exposure to toxic substances or unfavorable conditions (such as famine during pregnancy) and later development of obesity, diabetes, and coronary heart disease in the offspring when they become adults.3 Studies indicate that epigenetic alterations are involved in this relationship.3

Lifestyle changes can be implemented in patients’ lives that will significantly decrease exposure to factors that will cause epigenetic alterations. Here are some suggestions:

Certain dietary supplements can be used to beneficially modify epigenetic pathways. Folate is involved in DNA methylation. However, many people have a genetic polymorphism in the gene that encodes 5,10-methylene tetrahydrofolate reductase (MTHFR) which stops them from being able to convert folic acid in foods and supplements into the more active and useable 5-methyltetrahydrofolate (5-MTHF).4 Using a 5-MTHF supplement can bypass the pathways needed to convert folic acid to 5-MTHF. Autism, which is associated with hypomethylation of DNA, is 1 example of the importance of supporting folate metabolism. Children with autism who have an MTHFR polymorphism exhibit more of certain behavioral problems, specifically lack of direct gaze, complex body movements, a history of self-injurious behavior, and overactivity.5

Vitamin B6 and choline can also be used to support epigenetic pathways.3 These 2 nutrients play an important role in the synthesis of methionine for DNA methylation via 1-carbon metabolism and are therefore involved in DNA and histone methylation. Some but not all studies investigating the use of B6 or choline in either adult or childhood asthma noted improvement in symptoms.3

It’s also been noted that the beneficial effects of omega-3 fatty acids may be due to epigenetic mechanisms, especially DNA methylation, during pregnancy and early life.6 A randomized trial of 133, 9-month-old infants, who were given 3.8 grams/day of fish oil or sunflower oil for 9 months, found that the fish oil had beneficial effects on the infants’ epigenome by modulating DNA methylation.6 Furthermore, a maternal deficiency of omega-3 fatty acids adversely affects the epigenetic phenotype of the developing fetus.7

Finally, making certain that pregnant patients are taking a good prenatal vitamin that includes iodine is essential. Children should also be given a good source of iodine, especially if they’re eating mostly sea salt.

Clearly, it is important that our children not just survive but also experience optimal health throughout their lives. Ensuring the proper functioning of epigenetic pathways is a crucial part of this process.

In Part II of this article, I will discuss specific lifestyle and environmental factors that cause the epigenetic modifications that impact children’s health, as well as how we can effectively address them.

Chris D. Meletis, ND is an educator, international author, and lecturer. He has authored 18 books and more than 200 scientific articles in prominent journals and magazines. Dr Meletis served as Dean of Naturopathic Medicine and CMO for 7 years at NUNM. He was recently awarded the NUNM Hall of Fame award by OANP, as well as the 2003 Physician of the Year by the AANP. Dr Meletis spearheaded the creation of 16 free natural medicine healthcare clinics in Portland, OR. Dr Meletis serves as an educational consultant for Fairhaven Health, Berkeley Life, TruGen3, US BioTek, and TruNiagen. He has practiced in Beaverton, OR, since 1992. 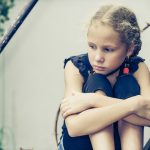 The Cast of Characters: Combating Childhood Anxiety From a Biopsychosocial PerspectivePediatrics 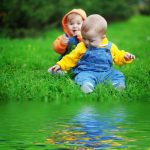