My patients love to ask me, “What’s the newest thing? What’s the next magic bullet? Why does this diet you have me on work so well?” I have been starting to talk with them about molecular mimicry. In a previous NDNR article (https://ndnr.com/?s=brady&x=0&y=0), Dr David Brady described how a lot of new research is revolving around chronic inflammatory disease, occurring because our immune system gets confused. The protein structure of certain body parts mimics the protein structure of food or pathogens. We understand this process quite well in streptococcal reactions, whether mitral valve prolapse, rheumatic fever, or PANDAS (pediatric autoimmune neuropsychiatric disorders associated with streptococcal infection) as the consequence. However, in many other conditions it is not as commonly known. To unearth the current research, I had my students in the University of Bridgeport (Bridgeport, Connecticut) pediatrics class of 2012 (including the 2010 and 2011 ZRT Cup Most Valuable Player) find all the updated data so that we may identify and treat the cause of disease in the arena of finding the cause of inflammation.

Eczema is a condition that affects many children. We all have come across corticosteroid cream suppression treatments that work temporarily or not at all. While many of us treat eczema with fish oils or food elimination, pathogens exist that create molecular mimicry that can cause or worsen eczema. A 2009 study1 showed that 29 of 67 patients had cross-reactivity with serum IgE to manganese superoxide dismutase (MnSOD) of the fungus Malassezia sympodialis and human MnSOD. Also, exotoxins from staphylococcal bacteria can have effects on T cells and the release of proinflammatory cytokines, worsening eczema.2

Psoriasis is present in the pediatric population but is not as common as eczema. Watch for a unique presentation in children in which psoriasis is seen only on the scalp, not on the standard extensor joint surfaces. Many of us are aware that a gluten sensitivity or even frank celiac disease is associated with psoriasis, and most patients improve with gluten elimination; however, that infamous streptococcal bacteria can also cross-react and cause psoriasis in children.3,4

If we were to perform an inkblot test and put a picture of children and endocrine disease on a piece of paper, most of us would immediately shout, “Juvenile diabetes!” While type 2 diabetes mellitus is making a frightening surge into the childhood obesity population, type 1 diabetes mellitus has always had the moniker as the “juvenile” form. This condition has molecular mimicry based in both food and pathogen. Several cow’s milk proteins, including albumin, β-lactoglobulin, and β-casein, can share protein structure with β-cell surface receptor ICA69(17) and glucose transporter 2, enhancing the causation of cow’s milk dairy and the onset of type 1 diabetes mellitus.5 Also, antibodies against the Coxsackie virus have been found in children who have rapidly developed type 1 diabetes mellitus, which can increase the expression of glutamate decarboxylase (GAD) enzyme.6

While lactose intolerance, casein sensitivity, celiac disease, and gluten sensitivity probably encompass most of our gastrointestinal concerns for children, some teenagers are seen with inflammatory bowel disease. Crohn disease and ulcerative colitis can be damaging at a social and emotional level in childhood, being such an important generative time for self-esteem and self-confidence. Certain pathogens create molecular mimicry in ulcerative colitis, which may be the etiology of this condition. Baccillus cereus and Cyanobacterium nostoc punctiforme have protein sequences similar to human tropomyosin isoform 5. Autoantibodies and T-cell response against this structure are demonstrated in patients with ulcerative colitis but not in Crohn colitis. These bacteria may also initiate antibodies to perinuclear antineutrophil cytoplasmic antibodies.

Let us now turn to the great pediatric epidemics of the 21st century, namely, attention-deficit/hyperactivity disease and autism. These neurological conditions are affecting more than 10% of our pediatric population.7 While we can attribute many hyperactive behaviors to the drowning of our food supply with sugar, where were these numbers of children 30 years go? Where has this come from?

As described in a 1998 study of 28 patients with gluten ataxia, “Necropsy was done on two patients who died; there was lymphocytic infiltration of the cerebellum, damage to the posterior columns of the spinal cord, and sparse infiltration of the peripheral nerves”8(p1582); this was caused by immunological damage from the gluten ataxia. The major immunoreactive protein is synapsin 1. Antigliadin antibodies from patients with celiac disease also bind to this protein.9

A multitude of research studies on autism have been published in the past 5 years that highlight autoantibodies. Because 75% of children with autism have antifolate receptors and 70% have antimyelin basic protein (anti-MBP) antibodies,10 we need to be concerned about an imbalanced immune system in this condition. Other antibodies in children with autism include antisulfatide, anti-GAD65, antiganglioside GM1, anticerebellar peptide, antichondroitin sulfate, antineuronal antibodies, anti–alpha/beta crystallin, antiglial fibrillary acidic protein, antimyelin associated glycoprotein, antimyelin oligodendrocyte glycoprotein, and antineuron axon filament antibodies (NAFP). If the pregnant mother has a positive antinuclear autoantibody, this cross-reacts with the fetal brain neuron nuclei. Anti-DNA antibodies from the mother cross-react with N-methyl-d-aspartate receptor in the fetal brain.

With so many different brain structures being targeted, finding the specific cause of this molecular mimicry may prove difficult. Research has shown that anti-MBP cross-reacts with human herpesvirus 6, heat shock protein (HSP) 65 of Mycobacterium paratuberculosis, and measles hemagglutinin antigen of measles-mumps-rubella (MMR) vaccine.11 At least 7 different viruses having matching epitopes to anti-MBP antibody cross-react with gluten. Anti-NAFP also cross-reacts with measles hemagglutinin antigen of MMR vaccine, and anticerebellar peptide cross-reacts with gluten in children who already have antigliadin antibodies. Proteins on the folate receptor mimic milk antigens, and these antibodies will decrease transport of folic acid through the blood-brain barrier. Laboratory testing in these children will show a high serum folate level and a low 5-methyltetrahydrofolate level in the cerebrospinal fluid.

While not as common as attention-deficit/hyperactivity disease or autism, multiple sclerosis is also a condition that has autoimmunity physiology. Myelin destruction in this condition has been associated with cross-reactivity to human herpesvirus 6, human herpesvirus 4, hepatitis B, and Epstein-Barr virus (EBV). The end result is excess T cells attacking the myelin sheath, inducing paresthesia, vision disturbances, and altered motor and sensory symptoms.12-21

While atopy is often separated in allopathic medicine into different treatments for eczema, allergies, and allergic asthma, we really should consider this a single condition after looking at the immune system response. Atopy could be one immune response with symptoms in different body systems. Asthma in itself does not have a plethora of new research in etiology because the treatments are believed to be effective enough in managing the disease, but what about curing the disease?

The outer membrane of Chlamydia pneumoniae is composed of lipopolysaccharides and HSPs. Antibodies to chlamydial Hsp60 have been shown to cross-react with Toll-like receptor 4 and with human Hsp60.22-24

Last, when we think about autoimmune conditions, our thoughts generally first turn to rheumatological conditions. Conventionally, these conditions are usually written off as idiopathic, and research focuses on immune suppression. But what of immune modulation? Can a new direction in treatment research focus on the specific antibodies that are involved in these conditions?

Infection with EBV has been strongly implicated as an environmental risk factor for SLE. Studies have demonstrated that formation of the characteristic SLE-associated autoantibodies anti-Sm and anti-Ro can be triggered by antigenic cross-reactivity with anti–EBV nuclear antigen 1 (EBNA-1) antibodies.25 Furthermore, animal studies have shown that immunization with EBNA-1 peptides can trigger the production of anti-Sm and anti-ribonucleoprotein autoantibodies.26

A similarity was observed by Poole et al27 between a region of EBNA-1 and an epitope of the Sm-BB autoantigen. Immunization of rabbits with the Sm-BB–derived PPPGM RPP and PPPGIRGP octapeptides, which resemble the PPPGRRP epitope of EBNA-1, induced autoantibodies to other regions of the Sm-BB protein, as well as epitope spreading to other spliceosomal components. Hence, the study results indicated that EBV had a role in inducing molecular mimicry, which can lead to the development of SLE.

In another study, McClain et al analyzed serum samples collected before the clinical diagnosis of patients with lupus and found that antibodies directed against the initial epitope of the human Ro-60–kDa (Ro-60) autoantigen directly cross-react with a region of EBNA-1.28 Hence, rabbits that were immunized with the first epitope of Ro-60 or the cross-reactive EBNA-1 epitope developed autoantibodies directed against multiple epitopes of Ro and spliceosomal autoantigens, which developed into the clinical symptoms of lupus.27,29,30

Arthritis is one of the most common rheumatological conditions in adults and is not as prominent in children. A personal concern is the toxic effect of methotrexate, which is the first-line allopathic therapy for juvenile rheumatoid arthritis. Naturopathic treatments of this condition are effective and should be used as a first course of action to prevent hepatotoxic effects from standard treatments.

Research shows proinflammatory responses to self-HLA epitopes triggered by mimicry to EBV proteins in oligoarthritis (juvenile idiopathic arthritis).31 Sequence similarities among HLA, EBV, and Varicella may represent an example of how molecular mimicry between self-proteins and non-self-proteins has a role in juvenile rheumatoid arthritis. To identify molecular mimicry of the Varicella vaccine, future research should analyze whether introduction of the vaccine was associated with increased numbers of juvenile rheumatoid arthritis cases.31

Ankylosing spondylitis is an uncommon but debilitating disease in children. Research is scant; however, Klebsiella may be a stealth pathogen initiating this condition. The surface proteins of Klebsiella (nitrogenase and pullulanase) have structures similar to HLA-B27 and collagen type I, III, and IV. Secretory antibodies against Klebsiella bind to HLA-B27 in joint spaces, activating a cytotoxic chain of events to local cells. By activation of the classic cascade of complement membrane attack complex, neutrophil and phagocyte recruitment causes enzymatic destruction of the area. A cytotoxic T-cell–mediated inflammatory response leads to calcification of joint spaces.

Obtaining a better understanding of molecular mimicry will help further a 21st century understanding of inflammatory disease. The obvious next step is choosing the best therapy. While pharmaceutical companies are developing new drugs to specifically alter the immune system, we must seek greater knowledge of the effect of nutrients, botanicals, homeopathy, hydrotherapy, and other remedies on the immune system. The terms immune boosting and immune modulating may help educate our patients about the general effects of our treatments, but we must have a complete understanding of the benefits of our immune changing therapies. 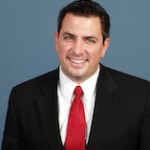 Jared M. Skowron, ND, is a full-time faculty member at the University of Bridgeport, Connecticut, where he teaches pediatrics and is founder of the Pediatric & Autism Clinic at UB Clinics. Author of Fundamentals of Naturopathic Pediatrics (CCNM Press, 2009) and 100 Natural Remedies for Your Child (Rodale Books, 2011), he is cofounder and current vice president of the Pediatric Association of Naturopathic Physicians.

Werfel T. The role of leukocytes, keratinocytes, and allergen-specific IgE in the development of atopic dermatitis. J Invest Dermatol. 2009;129(8):1878-1891. 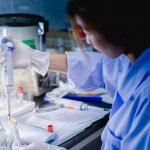 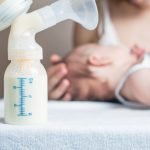 Is Breast Milk Still Best, Even If It Is Someone Else’s? Key Points to ConsiderPediatrics, Women's Health