Originally identified in a JAMA article in 1955, the placebo effect has received increasing interest in medicine for about 15 years now. In 2005, a University of Michigan study proved the release of endorphins and their role in the placebo effect. Even Merck started to realize the power of the placebo effect back in 2002 as the company experienced failure in their antidepressant market when new medications were tested against placebo. In 2007, the FDA approved only 19 first-of-their-kind pharmaceuticals despite the highest-ever investment in research and development in the industry. It has been reported that 50% of the drugs that fail in late-stage trials do so as a result of their failure against placebo.1

It is believed by some that 70% of the thoughts people think during any given day, are negative.4

Patients read about the potential side effects of a medication they receive. Some will ignore these potential issues and be fine, while others will embrace them and experience them in full and everything in between. What makes a person’s mind go one way or the other?

Jon-Kar Zubieta, MD, PhD, at the University of Michigan, has led a team for 10 years in the psychiatric world and has uncovered links between certain personality traits and the likelihood of the placebo effect at work.5 We see this in our patients who are given a time-frame for their survival. “You have 3 to 5 years to live,” says the oncologist. Some people fulfill that expectation as though it were their life’s mandate. Other patients refuse to listen to those numbers. We have seen cancer patients beat the odds many times. I have a breast cancer patient – we’ll call her Cathy – who was given 3-5 years at the onset of her illness in 2011. She followed the conventional treatment, returned for her monthly scans and tried to enjoy life. Then she decided to do more, and sought out alternative care. She shared her fear and frustration with being given that time-frame and having a desire for a different outcome. It is the restrictive time-frame given to her by her oncologist that upsets her most, as though it is unacceptable for her to dare to defy those numbers. She is seeking the possibility that there is another option.

As doctors, we are handed a great deal of authority, as though we know so much more than our patients. Cathy has already been told that her life will end in 2.5 years, max. The following month she returned for her visit and was crying because she was “so sick of dealing with this cancer and just want[ed] it to be gone, that [she] just want[ed] God to take it away.” I stopped and asked her if she really thought that was how it worked – that just because she is sick of dealing with it, that God will take it away. She listened between sobs, trying to be willing to open up to a different thought process.

Our Role as Doctor

I believe we have the unique opportunity in many cases to speak of the “elephant in the room” – the negativity, the need to look deeper. While most of us are not trained as therapists, we certainly can open the conversation with our patients about their journey through life and towards health. We’re in the exceptional position of having the time and the opportunity to speak to those deeper issues… including attitude. This is done with a gentle spirit, of course. And with kindness and compassion. But it must be done.

As naturopathic doctors, we so often hear from our patients, “you are my last hope.” We have an enormously important opportunity to make a difference. We must take this role seriously. Sometimes our patients come to us when it is supposedly “too late” for the reversal of their disease. But who are we to make that decision? Many question whether it is a service or a disservice being handed to a patient when a limit has been given to them.

I saw a bumper sticker years ago that really shook me. It said: “Don’t Believe Everything You Think.” This bumper sticker was staring at me on my way back from my daily yoga class when I was deep in thought and very open, and it really got my mind thinking. How ironic (smile). What I thought about, though, was how easily people attach to the negative.

Why is it that some people are only able to focus on the negative? Does it come from negative experiences in childhood? Negative attitudes in parents, the media, the government? In Winnie the Pooh land, why was Eeyore so miserable all the time? Is this really a satisfying way to live? Is it a fear of experiencing too much positive energy? Are we afraid to be happy? Psychologist and author, Gay Hendricks, calls this the “Upper Limit Problem” (ULP).6 Gay lists numerous reasons why we experience this ULP. He defines the ULP as “the human tendency to put the brakes on our positive energy when we’ve exceeded our unconscious thermostat setting for how good we can feel, how successful we can be, and how much love we can feel.”6

To my fellow doctors, I ask: are we afraid to instill hope in our patients? Yes it is tricky; people can turn around and say, “you told me this would not happen.” The legalities of offering possibility – is that what stops us from offering hope? How do we keep hope alive and yet remain realistic? What does “realistic” mean, is the next question.

Regardless of the reasons for not proposing positive outcomes, the effects of being negative are not good on one’s health. Negative thinking creates neural pathways that foster more negativity. Studies have shown that positive thinking offers many benefits for health. The immune system becomes stronger and more able to fight off colds and the flu. There is a reduced risk of developing heart disease. The deep breathing that often accompanies positive thinking has been associated with improvements in certain lung diseases as well. Positive thinking especially shows its good effects during times of extreme stress when people exhibit better coping skills. Norman Cousins displayed the amazing results of being positive in 1964, after being diagnosed with ankylosing spondylitis. Essentially defying his illness, creating his own form of laughter therapy, healing himself, and studying this method further, led to his establishment of the Cousins Center for Psychoneuroimmunology.

The Mind as Composer

What is it that makes a person attach to the positive vs the negative? And what is our role as doctors in our patient’s journey? We must also take into account the fact that we each have a different personality and ways of interacting with our patients. If we don’t believe in what we are doing and in our medicine, how on earth can we ask our patients to do the same? My heart sinks when I read the response of a colleague to a question about treatment of a urinary tract or sinus infection, and the immediate response is to use an antibiotic. Our medicine has POWER. We have to believe in it. This is not magic and simply placebo. Preceptors have asked more than once, “How do you get your patients to do a castor oil pack?” My answer: I BELIEVE in them. I know they work. And I speak to my patients from the heart. I never ask my patients to do something that I myself don’t believe in. That energy, that dedication, that sincere belief – it comes through in my voice, my energy, my intentions. Our patients hear our intentions and our beliefs.

I would be remiss if I were to not discuss Bruce Lipton and his groundbreaking work in epigenetics. Epigenetics, literally meaning “above the genes,” refers to the power of the mind and the brain to influence our genes (vs everything being set it stone from the genes we have inherited). The function of the mind is to take the belief we have and turn it into reality. If our genes were not chosen by each of us, but they affect our lives, then we are victims of them, with no control. Many resonate strongly with a more epigenetic viewpoint: we believe that our lives, our health, our futures, are in our control. When you can change how you perceive the world – when your mind, seen as the composer, changes – the genes can respond to whatever message is being sent to them. Ie, biology can change. The more accurate statement is that we are victims of our minds, our beliefs. It is what we see or perceive in our minds that creates our reality. Nurture controls epigenetics. Bruce Lipton goes so far as to say one-third of all medical healing is derived from that placebo effect.7 This is the mind having powerful positive thoughts. The mind, alone.

So, in the end it really comes back to each of us, the doctor who sits in front of the patient who is seeking hope. If we are to have an impact on the lives of those who seek that hope, we have to believe in the possibility of another option, as well as in what we, as naturopathic doctors, do. Our thoughts and our intentions have to reflect that belief. Or rather, when those negative thoughts come up about our abilities, about our medicine, about the possibility of profound healing, we must analyze the negative thoughts, identify where they come from, determine whether or not they are true, and address them. This requires a leap of faith that medicine, life, existence – all of these things – are not black and white, not right or wrong, not possible or impossible, not on a straight line, but rather in a 3-dimensional universe of possibility. That requires much more than a double-blind study. It requires heart and faith and compassion… for our patients, our world, the greater good, and ourselves. 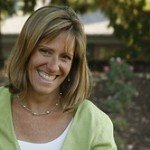 Angela P. Lambert, ND, L.Ac, MSOM practiced in Portland, Oregon for 8 years before returning to her home state of New Hampshire where she opened Ancient Traditions Natural Medicine in Portsmouth. Originally a music therapist, music teacher, and then massage therapist, it was her own health issues that brought her to the world of naturopathic medicine. Dr Lambert obtained both her Doctor of Naturopathic medicine and Masters of Science in Oriental medicine degrees from NCNM in 2003 and 2004, respectively. Known for her enthusiasm, direct manner, and passionate belief in the medicine that helped her heal her own body in her mid-20s, Dr Lambert is unendingly focused on the heart of our true healing. 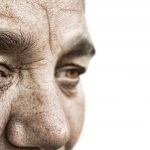 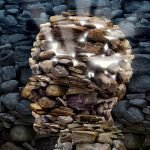